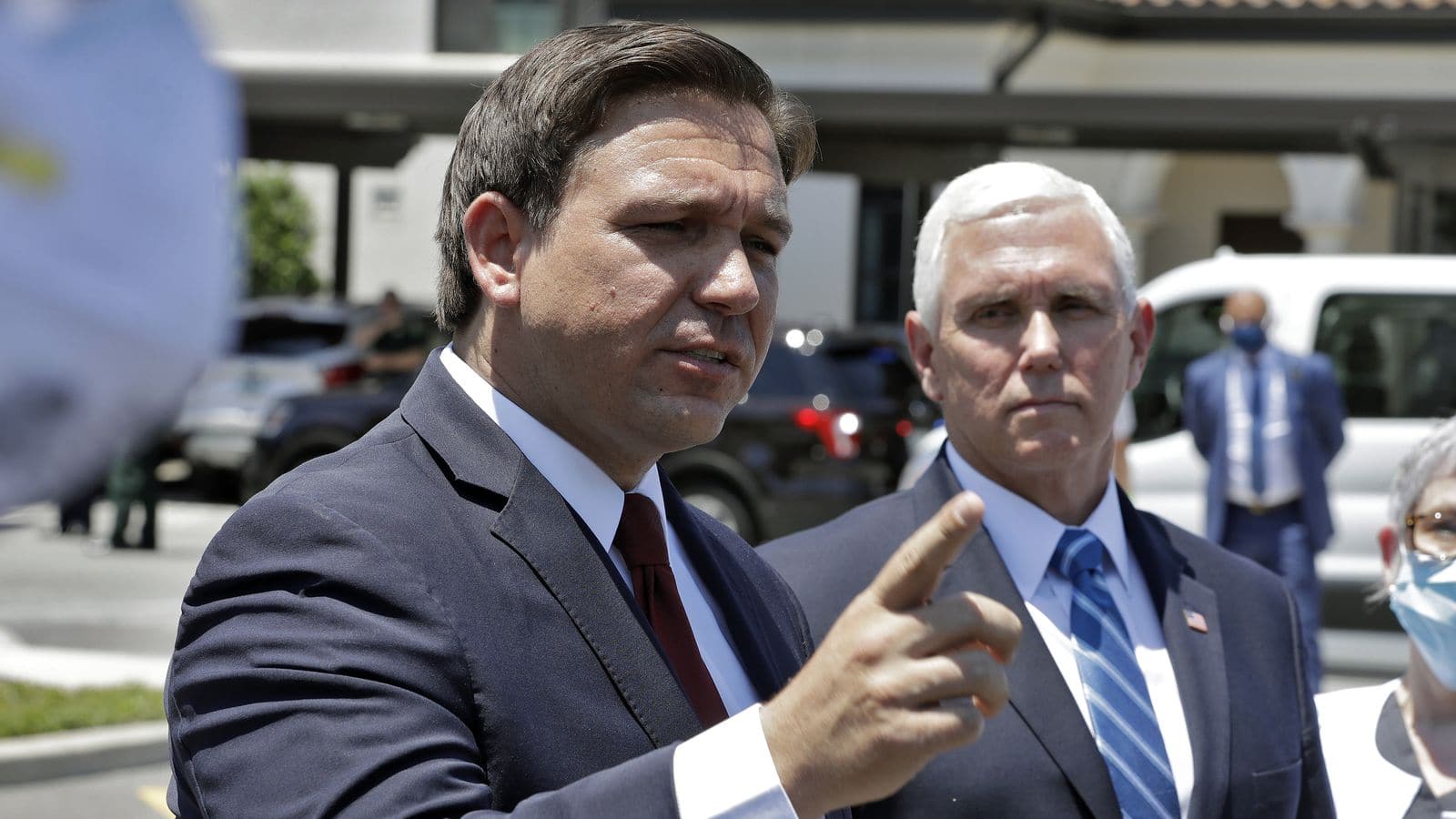 Is this poll an outlier? Or sign of a larger trend?

But one survey released Monday shows a deviation to DeSantis’ detriment, with the Florida Governor down more than double digits to one candidate.

Trump’s former Vice President Mike Pence is the non-Trump favorite in a poll of 490 Republican registered voters. They were surveyed by the Center for American Political Studies at Harvard University and the Harris Poll on Sept. 15 and 16. The margin of error for the sample of Republicans is plus or minus 4 percentage points.

Pence trumps DeSantis with or without the former President in the field.

Trump drew 58% support when included, compared to Pence’s 13% and DeSantis’ 9%. U.S. Sen. Marco Rubio showed up near the bottom alongside former Ambassador to the United Nations Nikki Haley, both with 3% support

This indicates that Pence, not DeSantis, is drawing a higher proportion of those who saw Trump as a first choice in this survey.

U.S. Sen. Ted Cruz was at 14% in the Trump-less survey, meanwhile, showing further diffusion of The Donald’s support when he’s not a factor.

The poll was released exclusively to The Hill, which did not release cross tabs or further details. DeSantis was an afterthought in the analysis of the survey, which focused on Trumpism and the Republican Party, not the Florida Governor.

For those invested in the mechanics of DeSantis parlaying an easy reelection into a glide path to the Republican Presidential nomination, the survey is a reminder of the treacherous path ahead.

DeSantis effectively branded as an anti-Joe Biden leader after Trump’s electoral defeat in 2020, “standing in Biden’s way” on numerous issues since the Democrat’s inauguration in January. But of late, he has been seeing diminishing returns.

His odds of becoming President have fallen off peaks earlier this year, assert bookies. However, the betting markets did not see Pence overtaking DeSantis quite yet.

There is evidence that polling is a leading indicator for prediction markets and bettors cooling on a candidate, and it will be worth watching to see if investors see the Pence-friendly result here as an outlier or a sign of larger trends shifting against DeSantis toward the rest of the field.

previousWill the force be with her? Anna Eskamani enlists Mark Hamill for fundraiser