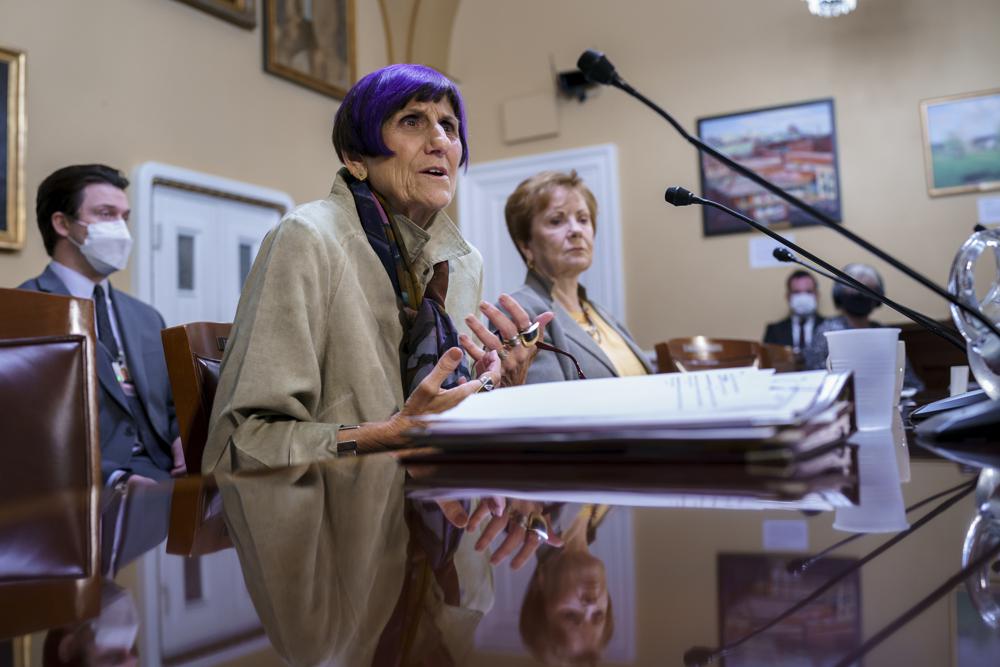 The House voted to keep the government funded, suspend the federal debt limit and provide disaster and refugee aid, setting up a high-stakes showdown with Republicans who oppose the package despite the risk of triggering a fiscal crisis.

The federal government faces a shutdown if funding stops on Sept. 30, the end of the fiscal year — midnight next Thursday. Additionally, at some point in October the U.S. risks defaulting on its accumulated debt load if its borrowing limits are not waived or adjusted.

Rushing to prevent that dire outcome, the Democratic-led House passed the measure Tuesday night by a party-line vote of 220-211. The bill now goes to the Senate, where it is likely to falter because of overwhelming GOP opposition.

“Our country will suffer greatly if we do not act now to stave off this unnecessary and preventable crisis,” House Majority Leader Steny Hoyer, a Maryland Democrat, said shortly before the vote.

Backed by the White House, the Democratic leaders pushed the package to approval at a time of great uncertainty in Congress. With lawmakers already chiseling away at the $3.5 trillion price tag of President Joe Biden’s broad “build back better” agenda, immediate attention focused on the upcoming deadlines to avert deeper problems if votes to shore up government funding fail.

The package approved Tuesday would provide stopgap money to keep the government funded to Dec. 3 and extend borrowing authority through the end of 2022. It includes $28.6 billion in disaster relief for the aftermath of Hurricane Ida and other extreme weather events, and $6.3 billion to support Afghanistan evacuees in the fallout from the end of the 20-year war.

While suspending the debt ceiling allows the government to meet financial obligations already incurred, Republicans argued it would also facilitate a spending binge in the months ahead.

“I will not support signing a blank check as this majority is advancing the most reckless expansion of government in generations,” said Rep. Dan Meuser, a Pennsylvania Republican, during the debate.

Senate Republican leader Mitch McConnell said since Democrats control the White House and Congress, it’s their problem to find the votes — even though he had relied on bipartisan cooperation to approve the debt limits when Republicans were in charge.

In the 50-50 Senate, Democrats will be hard-pressed to find 10 Republicans to reach the 60-vote threshold needed to overcome a filibuster.

The Treasury Department has been using “extraordinary measures” to fund the government since the last debt limit suspension expired July 31, and projects that at some point next month will run out cash reserves. Then, it will have to rely on incoming receipts to pay its obligations, now at $28.4 trillion. That could force the Treasury to delay or miss payments, a devastating situation.

In a report being circulated by Democrats, Zandi warned that a potential downturn from government funding cutbacks would cost 6 million jobs and stock market losses would wipe out $15 trillion of household wealth.

Once a routine matter, raising the debt ceiling has become a political weapon of choice for Republicans in Washington ever since the 2011 arrival of tea party lawmakers who refused to allow the increase. At the time, they argued against more spending and the standoff triggered a fiscal crisis.

Echoing that strategy, McConnell is setting the tone for his party, but some GOP senators might have a tough time voting no.

Republican John Kennedy of Louisiana, whose state was battered by the hurricane and who is up for election next year, said he will likely vote for the increase. “My people desperately need the help,” he said.

White House press secretary Jen Psaki told reporters that “in our view, this should not be a controversial vote.” Psaki said Congress has raised the debt ceiling numerous times on a bipartisan basis, including three times under President Donald Trump.

Rep. Rosa DeLauro, the Democratic chairwoman of the House Appropriations Committee, was forced to introduce another version of the bill Tuesday after some within the Democratic caucus objected to the inclusion of $1 billion for Israel’s Iron Dome defense system, which uses missiles to intercept short-range rockets fired into the country.

The Israel defense issue splits Democrats, but DeLauro assured colleagues that money for the weapons system would be included in the annual defense spending bill. Hoyer went a step further and said he would bring a bill to the floor this week to replenish the Iron Dome system.

Republicans were highly critical of the change and vowed to stand as allies with Israel.

Meanwhile, behind the scenes, Democrats were negotiating over Biden’s big “build back better” package as the price tag likely slips to win over skeptical centrist lawmakers who view it as too much.

Publicly, the White House has remained confident the legislation will pass soon, despite sharp differences among progressives and moderates in the party over the eventual size of the package and a companion $1 trillion bipartisan infrastructure bill.

There has been a flurry of outreach from the White House to Democrats on Capitol Hill, and Biden himself was given a call sheet of lawmakers to cajole. The President has been talking to a wide number of lawmakers beyond his recent meetings with key centrist Sens. Joe Manchin, a West Virginia, and Kyrsten Sinema, an Arizona Democrat, according to a White House official familiar with the calls and granted anonymity to discuss them.

Biden’s big initiative touches almost all aspects of Americans’ lives. It would impose tax hikes on corporations and wealthy Americans earning beyond $400,000 a year and plow that money back into federal programs for young and old, including government health, education and family support and environmental efforts to fight climate change.

With Republicans opposed to Biden’s vision, Democrats have no votes to spare in the Senate, and just a few votes’ margin in the House.

House Speaker Nancy Pelosi has promised a Sept. 27 vote on the companion $1 trillion bill of public works projects that has already passed the Senate.

Even though that bipartisan bill should be an easy legislative lift, it too faces a political obstacle course. Dozens of lawmakers in the Congressional Progressive Caucus are expected to vote against it if it comes ahead of the broader Biden package. And centrists won’t vote for the broader package unless they are assured the bipartisan bill will also be included.