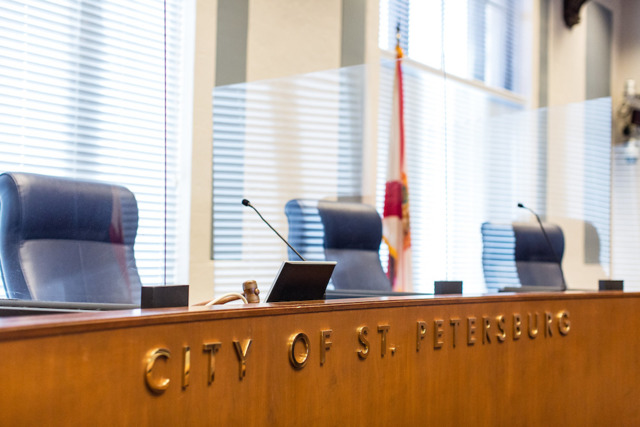 Those who led in the Primary aren't necessarily heading into the General with an edge.

Despite substantial Primary wins within their respective City Council districts, Lisset Hanewicz and Richie Floyd are polling behind their General Election opponents in a St. Pete Polls survey released Thursday.

But most voters still have not decided on a candidate in any of the races.

In the race for City Council District 4, Hanewicz, a former prosecutor, faces Raymond James executive Tom Mullins. Mullins leads Hanewicz with 21% support among the 484 people polled, to Hanewicz’s 19% support. However, most respondents — 60% — said they are unsure or don’t want to say who they will vote for.

Although Mullins’ lead falls within the survey’s margin of error at 4.5%, it is still an interesting note, because in the districtwide vote, Mullins garnered 23% of the vote to Hanewicz’s 42%.

Further, even though the race is nonpartisan, Mullins is running as a fiscal conservative in a city that favors Democrats, putting him at a statistical disadvantage.

Democrats represent the largest share of St. Pete voters. According to the most recent voter registration data available with the Pinellas County Supervisor of Elections office, the city of St. Pete has 88,055 registered Democrats and 49,527 registered Republicans.

The two are running to replace Darden Rice, who is leaving office because of term limits.

In the District 8 race, Floyd, a local teacher, fell behind former City Council member Jeff Danner, despite taking more than half of the vote in the Primary Election. Of those polled, 22% said they would cast a ballot for Danner, while just 16% back Floyd. But like District 4, 62% of polled voters have yet to decide on a candidate in the race, leaving the final outcome wide open.

Still, the poll represents a significant shift from the duo’s home district, in which Floyd pulled 51% of the vote, followed by Danner, who collected 27%. But, Danner does have the advantage of name recognition on the citywide ballot as a previous two-term Council member.

The candidates are running to replace District 8 St. Pete City Council member Amy Foster, who is also leaving office due to term limits.

In the race for the District 1 seat, which opened after City Council member Robert Blackmon resigned to run for Mayor, Copley Gerdes is polling ahead of Bobbie Shay Lee.

The survey showed 23.5% of respondents supporting Gerdes, who is the son of former City Council member Charlie Gerdes, while 20% back Lee. Still, 56% are still unsure.

Lee and Gerdes ended the Primary Election neck and neck, both taking 34% of the vote, leaving close polling data not much of a surprise in what was already expected to be a competitive race.

Among the races polled, only District 6 includes a current incumbent, Gina Driscoll. But even there, voters are largely on the fence with 63% indicating they were unsure. Still, Driscoll has a commanding edge, with 28% support to Mhariel Summers‘ 9.5%.