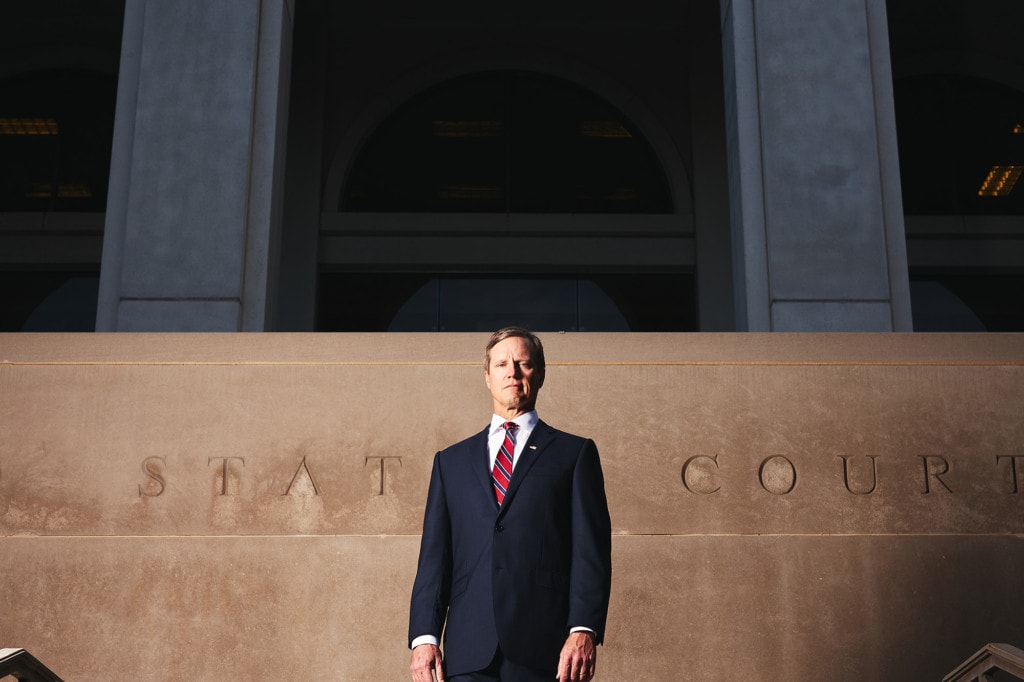 While it is unclear what the role specifically entails, DeSantis announced the new position while unveiling a three-pronged approach to address the crisis at the southern border during a Fort Myers press conference.

The approach includes a lawsuit against President Joe Biden’s “catch and release” policy and a new executive order.

The order prohibits state agencies from assisting the federal government in transporting illegal migrants into Florida and prompts the Department of Children and Families to determine if Florida should continue housing unaccompanied migrant minors in the state.

“As public safety czar, Larry will ensure that the actions directed by this executive order, as well as many other things are carried out and I’m very honored and happy to have him on my team,” DeSantis said alongside Keefe and Attorney General Ashley Moody at the press conference.

Keefe was among the 90-plus Trump-appointed U.S. Attorneys ordered by Biden to resign during the early stages of his administration. The departure, however, was not without resistance.

Amid the transition of federal prosecutors, a slew of Democratic officials urged the Biden administration to keep on the Republican prosecutor. Congressman Al Lawson, Tallahassee Mayor John Dailey, Leon County Sheriff Walt McNeil, and Agriculture Commissioner Nikki Fried were among the handful of Democrats to voice support for Keefe.

Keefe submitted a letter of resignation in February after more than two years as top prosecutor for the Northern District of Florida.

Speaking in Fort Myers, Keefe touted his experience as a U.S. Attorney and laid blame for the border crisis at Biden’s feet.

He vowed to enforce the law against those illegally residing in Florida and described the catch-and-release policy as a “cycle of criminal lawlessness.”

“We will use every bit of the authority that we have to protect Floridians and protect their taxpayer dollars that are now being spent to provide services to those who are here illegally,” Keefe said.

Tuesday’s announcement marks DeSantis’ latest riff against the situation at the border.

Last week, DeSantis and a collective of Republican Governors asked Biden to discuss border security with them at the White House.

In June, DeSantis mobilized 50 cops to the southern border and later visited them alongside Moody and Senate President Wilton Simpson.

“This is another example of us fighting back,” DeSantis said Tuesday.

According to the Pew Research Center, migrant encounters at the U.S. and Mexico border stand at a 21-year high.

U.S. Border Patrol in July reported more than 200,000 encounters along the southern border, 27% of which involved a person who previously encountered border agents within the last 12 months. Meanwhile, encounters with unaccompanied children increased by 24% to 18,962 in the same month.