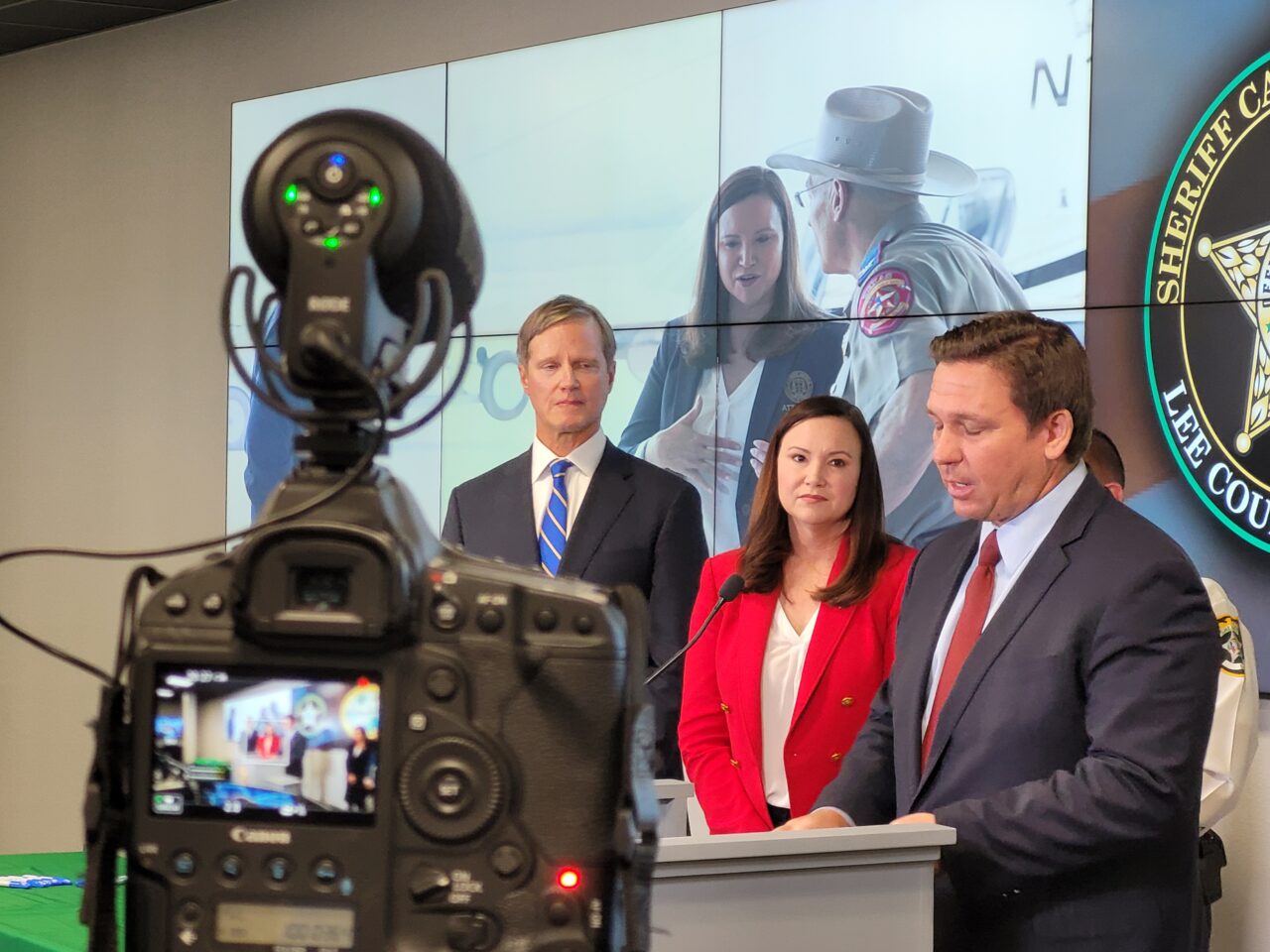 Florida is suing over immigration enforcement and refusing to help resettle border crossers.

Gov. Ron DeSantis and Attorney General Ashley Moody called the border crisis a manufactured disaster, one for which states will suffer.

Because of that, Moody’s office on Tuesday filed a lawsuit against President Joe Biden’s administration over enforcement of immigration laws. DeSantis, meanwhile, issued an executive order prohibiting state agencies from assisting in illegal resettling of undocumented border crossers.

“We’re not going to be a party to this lawlessness,” DeSantis said.

The state, in its lawsuit, demands the federal government cease and desist the “catch and release” system of apprehending illegal border crossers, then giving them a court date and letting them go free. Customs and Border Patrol has released 225,000 border crossers this calendar year.

“It is an unmitigated crisis, based on this President’s refusal to follow federal law,” Moody said. “It’s in black and white folks, and it’s not a President’s responsibility to decide whether he agrees with the law. In fact, the head of an executive branch must follow the law.”

Both officials noted that in former President Donald Trump’s last full month of office, just 17 border crossers were released with a pending court date. In July, the Biden administration released 60,607.

The Governor’s executive order calls on the Biden administration to release more information on how many individuals crossing the border end up resettling in Florida, as well as demanding data such as individuals’ criminal status and whether they tested positive for COVID-19.

The Supreme Court in August ruled the Biden administration must restore Trump’s “Remain in Mexico” policy requiring detained asylum seekers at the Southwest U.S. border to remain outside the U.S. until hearings are held. DeSantis said the sitting administration must follow that guidance.

White House Press Secretary Jen Psaki this week pushed back on assertions the administration was not following the law.

“If they are placed in an alternative to detention, there’s also a process required — a legal document — a document they would have,” Psaki said on Monday. “As a part of that process, Border Patrol agents collect biometric and biographic information — fingerprints, photos, phone numbers, and an address in the United States — and also run a background check as a part of the process. And those who do not report, like anyone who’s in our country without legal status, are subject to removal by ICE.”

“It’s very clear that open borders is the Biden administration policy,” DeSantis said. “They want a massive illegal migration into this country, and it’s obvious in the policies that they’re choosing.”

“Whatever Governor Ron DeSantis can do to demonize immigrants he will do,” said Rep. Anna Eskamani, an Orlando Democrat. “This is another gross attempt to distract the public, pursue national conservative headlines and negatively impact the lives of already marginalized people. It also ignores the reality that Florida is facing a major workforce crisis and talent gap — this is not only due to low wages, but also connected to our greater need for national immigration reform. Instead of attacking the Biden Administration and exploiting the immigrant experience Governor DeSantis should offer solutions to meet the needs of our economy while upholding our values as a nation of immigrants.”

“DeSantis is a failed leader. He lives in the Governor’s Mansion that we pay for, yet opposes the minimum wage amendment, raised taxes on working people to pay for corporate tax breaks, slashed state affordable housing dollars by more than half, and continues to pander to far-right, radical extremists,” Vinent said. “He’s dictated the passage of unconstitutional laws, which we have proudly challenged and defeated in the courts. Rather than working with local leaders and communities, he has overruled every local public health initiative in the state, resulting in over 53,000 thousands Floridians’ lives being lost to COVID-19, including innocent children, after the state became the epicenter of the pandemic crisis once again.

“Taxpayer-funded tantrums like these are an embarrassing display of desperation towards higher political ambitions. Floridians deserve a leader who brings us together and keeps us all safe. We urge DeSantis to actually try governing. We will continue to hold him accountable in the courts, the streets, and at the voting booth.”