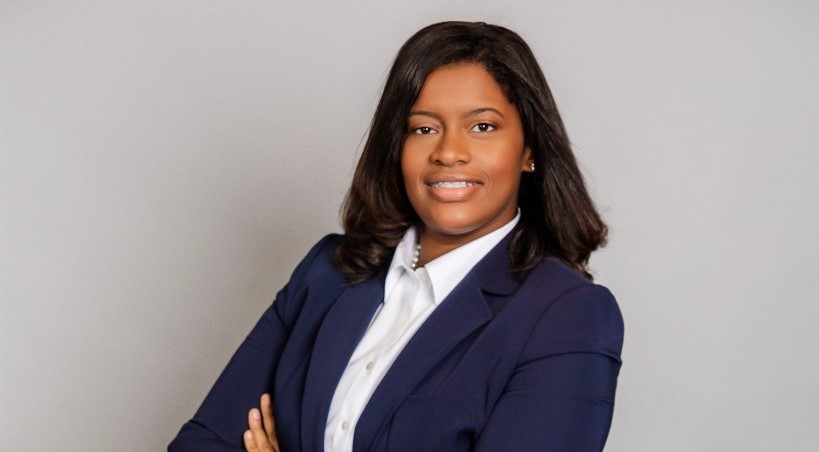 “Al is an educator, social justice advocate, and political organizer,” Ruth’s List Political Director Kayla vanWieringen said by email. “As an activist in Lakeland, she has worked to confront issues that impact children and has focused on fighting for criminal justice reform, stopping gun violence, and ending economic and racial inequality. If elected, she would be the youngest and first Black woman to serve on the commission.”

Lewis’ campaign website says she created a wellness-check system during the pandemic for local seniors and hosted a series of forums, “Call to Consciousness,” to open dialogues between residents and public officials about equitable opportunity and racial issues in the community.

She is challenging incumbent Republican Commissioner Sara Roberts McCarley for the District C seat representing the city’s southwestern region, one of four represented on the dais.

McCarley, a Lakeland native, is a nonprofit executive and founder of The Randy Roberts Foundation, which provides scholarship and internship opportunities to high schoolers interested in public service.

Lewis is McCarley’s only challenger. McCarley holds a sizable fundraising lead. Filings through August show Lewis raised $5,670. That includes a $1,325 self-loan in April and individual gifts ranging from $5 to $500. Of that, she has spent $5,474.

McCarley, meanwhile, has raised $15,800 and has spent less than $700. The preponderance of her fundraising came last month, including $1,000 donations from political committees Building on Your Dreams, Defending Conservatism and Democracy and Growing Florida’s Future, and more than 20 individual donations ranging from $250 to $1,000.

nextMarco Rubio cracked wise about transgender people again; it went about as well as you'd think