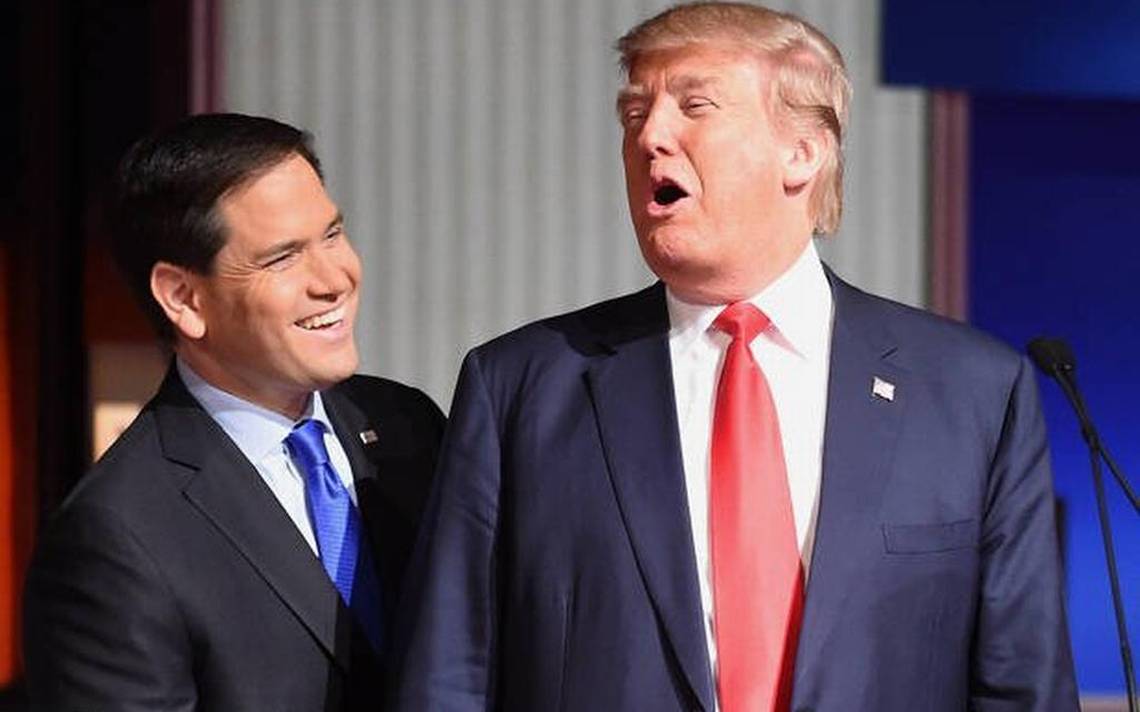 Rubio says Trump is the most influential figure in the GOP.

During an interview at The Atlantic’s “Festival” event Thursday, Rubio ignored components of a question about whether he thought Trump had a constructive influence on the GOP and politics, with the way the former President talks about Jan. 6 and the election spotlighted.

Trump told his supporters to “fight like hell” before they stormed the Capitol, at which time he did nothing to quell the violent assault on the building and the legislative process. Yet during comments Thursday, Rubio ignored Trump’s denials of the insurrection attempt and of the legitimacy of the election, saying they were merely “strong opinions.”

Rubio then pivoted to safer terrain, talking about his belief in vaccinations, but his aversion to vaccine mandates.

In the past, Rubio contended Trump’s supporters bore “some responsibility” for the disorder at the Capitol, saying that assorted “wackos” and “nut jobs” were not part of the conservative movement. Those comments, made in the wake of the violence at the Capitol that delayed the certification of the Presidential election, were not rehashed for the Atlantic audience.

Rubio preceded that functional evasion saying that Trump was the leading figure in the Republican Party and that it is inevitable he would have a role in upcoming campaigns.

“Donald Trump is the most popular, most widely supported, most influential Republican in the country. I think that’s self explanatory about what role he could play. What role he wants to play is up to him to decide,” Rubio said. “You can’t have someone who is the most popular, most influential, and most well known Republican not be a factor in these races. It’s going to happen and that’s the way it is.”

“There are a lot of people out there that strongly support the President,” Rubio added. “Because even though they don’t agree with him on every issue, they know he’s someone who’s willing to fight. Someone who’s willing to take the slings and arrows of those that are unfair in their coverage of the conservative movement.”

“And you say to yourself: Yes, Donald Trump tweeted things I didn’t agree with, or said this or said that, but we didn’t have this policy chaos that we’re now seeing,” Rubio said.

The balancing act Rubio endures regarding Trump is a matter of long-standing, but it seems to work well enough for both men.

Trump has already endorsed Rubio’s reelection to the Senate. Rubio memorably was the decisive vote to acquit Trump in a Senate trial earlier this year regarding the incidents of Jan. 6.

“The real purpose of this trial was to tar and feather not just the rioters, but anyone who supported the former President and any Senator who refuses to vote to convict,” the Senator said in a statement after the vote. “I voted to acquit former President Trump because I will not allow my anger over the criminal attack of January 6th nor the political intimidation from the left to lead me into supporting a dangerous constitutional precedent.”

nextAlex Ojeda to take over as Rick Scott's state director