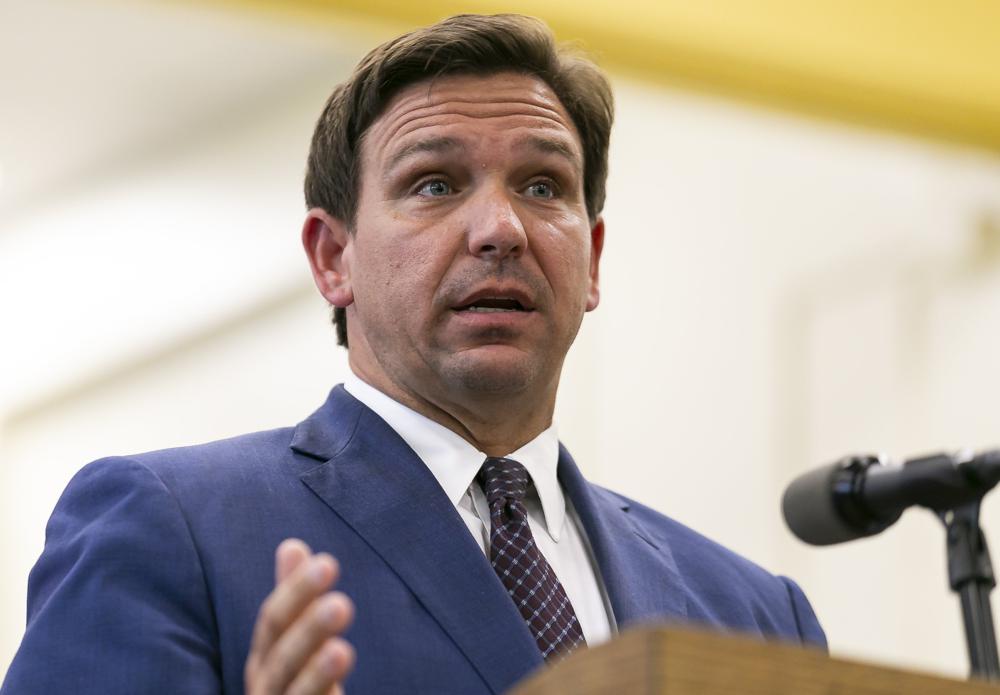 'The uncertainty this creates for schools and families is absurd.'

Gov. Ron DeSantis is taking heat from Democrats for making Florida the only state in the country not to apply for billions in relief for school districts to help students impacted by the pandemic.

Florida was cleared to receive more than $7 billion from the American Rescue Plan Act for programs to support student health and safety and address social, academic and mental health needs in response to the pandemic.

The DeSantis administration has left $2.3 billion of that sitting on the table for months because it hasn’t yet submitted a plan for the remaining funds, according to Ian Rosenblum, deputy assistant secretary for policy and programs at the U.S. Department of Education.

The plan was due June 7, Rosenblum told Florida Education Commissioner Richard Corcoran in a Monday letter. Until the state Department of Education submits a plan, Rosenblum wrote, the federal government will withhold Florida’s remaining allocation.

“The U.S. Department of Education … has now received an (American Rescue Plan Elementary and Secondary School Emergency Relief) plan from 51 of 52 State educational agencies … with the exception of the Florida Department of Education,” Rosenblum wrote. “FDOE’s delay raises significant concerns because of the unnecessary uncertainty it is creating for school districts across the state and because it is hindering their ability to confidently plan for how to use these funds to address the needs of students.”

State Rep. Angie Nixon of Jacksonville called the lack of action by the state yet another case of poor leadership on school safety issues, which persists despite federal efforts to ease the state’s difficulties.

“The Biden administration has done as much as possible to safely open schools in the midst of a global pandemic, (and) I know that everyday Floridians are doing the absolute best for their children with what they’ve got,” she said in a statement Tuesday. “And yet, Florida’s failure of leadership has made it harder for us to have the freedom to live safe, healthy, and prosperous lives.”

She continued: “As I watch one manufactured crisis after another, from banning masks to punishing schools for keeping our kids safe, to now refusing federal funds, it’s embarrassing. The uncertainty this creates for schools and families is absurd.”

DeSantis, in late July, issued an executive order banning schools from requiring students to wear masks on campus without a parental opt-out option. Several schools have battled the order by issuing mask mandates. The federal government has since been involved, reimbursing some schools for funding the Florida Department of Education has withheld as punishment and promising to help others.

Agriculture Commissioner Nikki Fried, running to unseat DeSantis next year, called the Governor out on Twitter.

Good morning, @GovRonDeSantis. It’s a good day to stop defunding schools and apply for an additional $2.3 billion, like literally every other state in the country.https://t.co/y3tja4Qwx5

“It’s a good day to stop defunding schools and apply for an additional $2.3 billion, like literally every other state in the country.”

We are the ONLY state that is choosing to withhold $2.3 billion from our schools.

What are you waiting for @GovRonDeSantis?https://t.co/Qj8nC2yY9O

Miami-Dade County Public Schools Superintendent Alberto Carvalho said his district is depending on the funds to help students reach their full academic potential “as we address significant unfinished learning a predicted result of the (COVID-19) pandemic.”

.@MDCPS is depending on appropriated funds to accelerate all students to their full academic potential as we address significant unfinished learning as a predicted result of the #covid pandemic. https://t.co/9mZoE1HsEK

The official response from DeSantis’ office, per The Washington Post, is that school districts in Florida have spent less than half what it has received so far in American Rescue Plan Elementary and Secondary School Emergency Relief dollars.

“(At) this time, no district has articulated a need for funding that cannot be met with currently available resources,” the Governor’s Office said in a statement. “Whenever this may change in the future, the state of Florida will coordinate with (the U.S. Department of Education) to ensure students and educators have all the resources they need.”

According to the Education Data Exchange Network, an automated system that, among other things, tracks spending by state across the country, Florida receives the third-largest amount of federal K-12 education funding but ranks 42nd in spending and 43rd in funding.

Last month, the DeSantis administration came under fire for not reenlisting in a pandemic-era program to bring $820 million in food aid to 2.1 million children from low-income homes. Democrats, who bashed him the decision, said Florida was the sole holdout in getting the latest round of funds from the program in early September.

“It’s truly appalling that Florida is not taking advantage of a program that will help some of the most vulnerable children in the state,” Rep. Marie Woodson of Hollywood said at the time.

DeSantis reversed course on that decision last week and applied for the Pandemic Electronic Benefit Transfer (P-EBT) funds, which have been available since April, Kim Betton of the U.S. Department of Agriculture told Florida Politics.