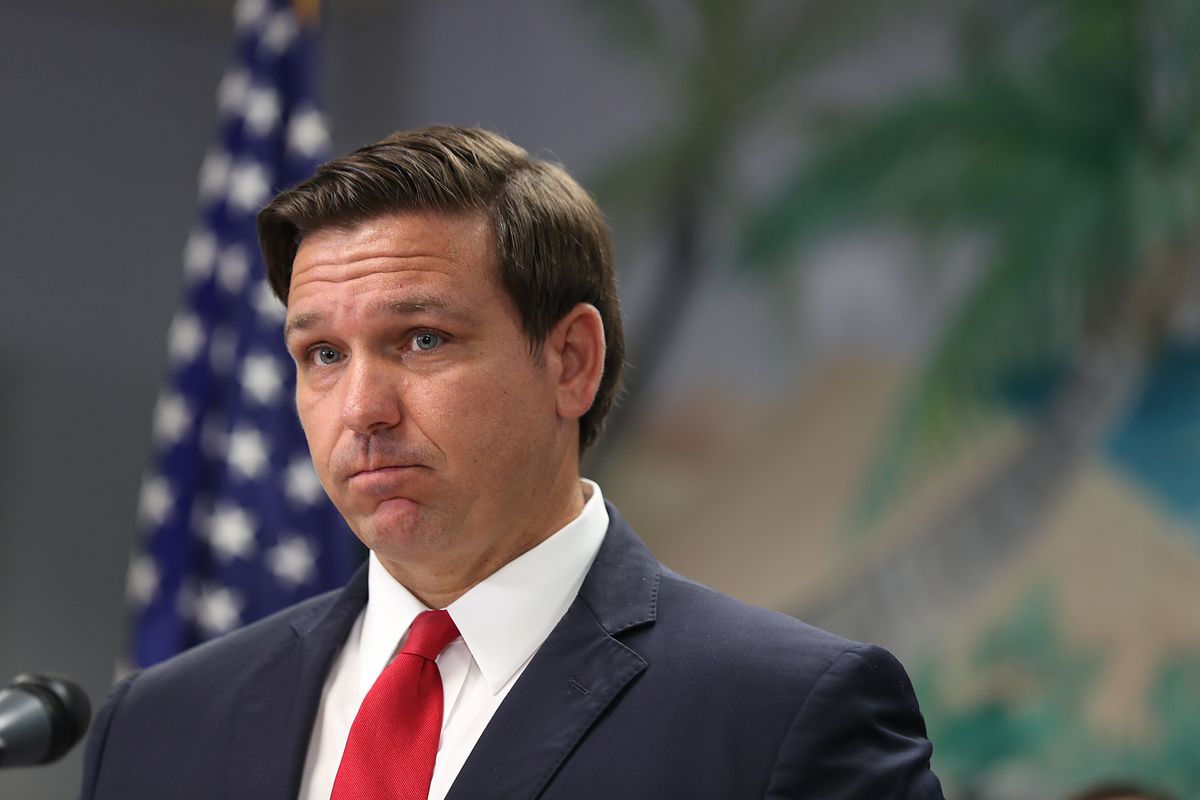 Florida’s neediest families are missing out on about $820 million in child food assistance.

Florida Democrats are piling on Gov. Ron DeSantis with demands he reverse his “appalling” decision not to reenlist the state in a pandemic-era program to bring federal food aid to 2.1 million children from low-income homes.

Through his inaction, they said, DeSantis is blocking Florida’s neediest families from getting about $820 million in child food aid, which they could spend at local grocery stores and markets at a time when many families are suffering.

And according to these Democrats, he’s the sole holdout.

“It’s unacceptable that Florida is now the only state that hasn’t signed up for the federal funding we passed in our COVID relief plan to ensure that children don’t go hungry. Playing politics with hungry children is simply cruel,” U.S. Rep. Val Demings, who is challenging Marco Rubio for his U.S. Senate seat, wrote on Twitter Thursday.

Florida participated in the program, the Pandemic Electronic Benefit Transfer (P-EBT), during last school year. The state was estimated to have received $1.2 billion for more than a million kids who qualified for free or reduced lunch through June.

The program began under former President Donald Trump as part of the Families First Coronavirus Response Act. It was meant to help children who had received free or discounted lunches at school to be fed while studying remotely during school closures. It was also available to children up to age 5 whose families were enrolled for federal SNAP benefits over the summer.

In a May 27, 2020 statement, DeSantis said he applauded Trump and the U.S. Department of Agriculture for making the program available, even though the regular school year had ended. P-EBT, he said, allowed “states to identify gaps in service and develop new and needed programs that will help parents be reassured that their children will continue to receive healthy lunches.”

The USDA extended P-EBT through this summer under President Joe Biden and allowed it to continue afterward, enabling states that hadn’t signed up yet to do so during the regular 2021-22 school year.

“It is truly appalling that Florida is not taking advantage of a program that will help some of the most vulnerable children in the state,” Rep. Marie Woodson of Hollywood said in a statement. “It’s incomprehensible, and it is time we join the rest of the nation in allowing Floridians to benefit from this program.”

Woodson’s comment was one of several in a joint statement Thursday from the House Democratic Office, which said Florida is now “the only state in the country” to not request P-EBT funds.

“This is not a partisan issue. It’s about being a leader for all Floridians and making an investment in the health and wellbeing of children, our communities and the State,” Rep. Ramon Alexander of Tallahassee said. “Florida deserves better.”

So far, DeSantis’ administration has offered little explanation for why it hasn’t taken further advantage of the program, and he has remained mum on the matter.

His press secretary, Christina Pushaw, and Communications Director Taryn Fenske, did not respond to a Florida Politics query by press time. However, Pushaw’s comments to the Orlando Sentinel last month suggest his position is that kids don’t need the program because they’re back in school.

“P-EBT was created by the federal government last year to ensure children were still being fed while they attended school remotely,” she wrote. “As you know, schools are not remote in Florida and were not remote last year either. Children are receiving nutrition directly from schools.”

As the Tampa Bay Times reported, Florida SNAP recipients lost about $280 million per month in additional federal benefits when DeSantis allowed the state’s pandemic state of emergency to lapse over the summer. Floridians lost another $300 million in federal unemployment benefits in May as part of an effort by his administration to get residents to rejoin the workforce.

The attention DeSantis has attracted for refusing to rejoin the P-EBT program comes while he’s embroiled in a legal battle over an executive order he signed June 30 barring schools from requiring students to wear masks on campus.

Agriculture Commissioner Nikki Fried, who is running to supplant DeSantis next year, lambasted him last month for “forcing parents to make terrible choices” between their children’s education and protecting them from COVID-19.

She later took aim at his decision not to pursue P-EBT aid.

“There is simply no reason why you should have ended — or be so far behind in securing — this critical federal assistance for our children that is being provided at no cost to the state,” she wrote in a letter, pointing out that it’s not too late to apply retroactively for the funds. “The people of Florida cannot afford for you to leave money on the table, especially when it means leaving food off their tables.”

previousSunburn — The morning read of what’s hot in Florida politics — 9.10.21