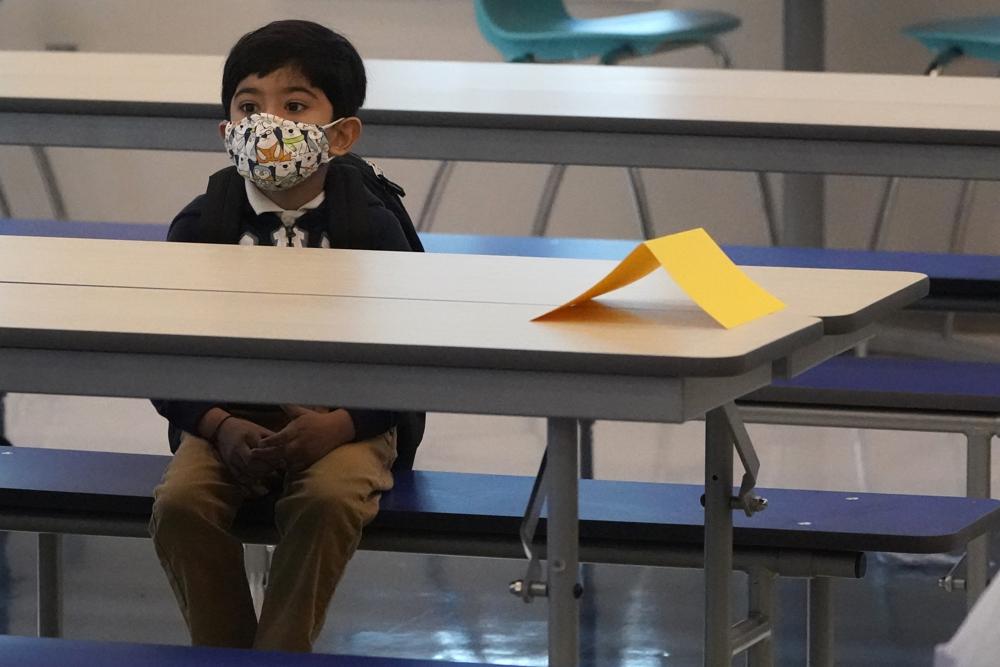 At least one district was unaware a new meeting had been scheduled.

Eleven school districts’ compliance with the emergency state rules on COVID-19 policies will be discussed at an Oct. 7 hearing before the Board of Education, the Florida Department of Education announced late Tuesday.

No one from the Education Department could be reached for further explanation Wednesday morning, but for school districts in Alachua and Broward counties, it appears to be a redux of the process they went through in August. Last month, those two districts had a hearing that resulted in a reduction to their state aid for board-approved policies mandating students wear masks indoors.

But the emergency rule they were punished under has been rescinded and replaced with another, and both are cited in the meeting notice. Like the first, the new rule also requires any school mask mandate to include a provision allowing parents to opt out. Both districts require a doctor’s note to opt out — defying the Governor’s order.

Alachua County schools Superintendent Carlee Simon said the inquiry from FloridaPolitics.com was the first she heard of the Oct. 7 hearing. A spokesperson for Broward County Schools also had not heard of it.

Simon said she was fielding questions for 90 minutes when it was just Alachua and Broward counties up for the hearing last month. She was unsure of what format would fit nine other school districts.

The other nine districts cited in the announcement passed mask mandates after Alachua and Broward, but they all received warnings on Aug. 27 about their mask policies. They too require a doctor’s note to opt out of mask wearing, in violation of DeSantis’ order and the resulting Department of Health rules. Those include school districts in Brevard, Duval, Hillsborough, Indian River, Leon, Miami-Dade, Orange, Palm Beach and Sarasota counties.

School districts in Lee and Volusia counties had also mandated students wear masks, but those policies have since been scaled back, allowing parents to opt out.

Only the school boards in Broward and Alachua counties have received the punishment announced last month for those defying DeSantis’ order on school masks. Those counties’ state aid was reduced in an amount equal to school board members’ salaries, with the reduction made each month, for every month the policy continues.

Both districts, however, have received federal aid from a new program President Biden announced earlier this month, the Project Safe Grant. The grant was designed to directly reimburse school districts facing penalties from their state government for having COVID-19 mitigation policies in place that align with recommendations from the Centers for Disease Control and Prevention, which include masking indoors.

The school districts in Alachua, Broward, Leon and Orange had sued over the first state Department of Health emergency rules, but the case was dismissed last week when the rules were replaced with a new set, which contained new guidance on quarantining students. That rule, promulgated by the state’s new Surgeon General, Dr. Joseph Ladapo, allows parents to decide whether COVID-19 exposed students should stay home from school.

Simon said the current masking order in her district expires Oct. 18. The Alachua County School Board is planning to meet on Tuesday to discuss whether to extend it.

She said she has not formulated a recommendation yet, but said the number of students quarantining and testing positive is headed in the right direction.