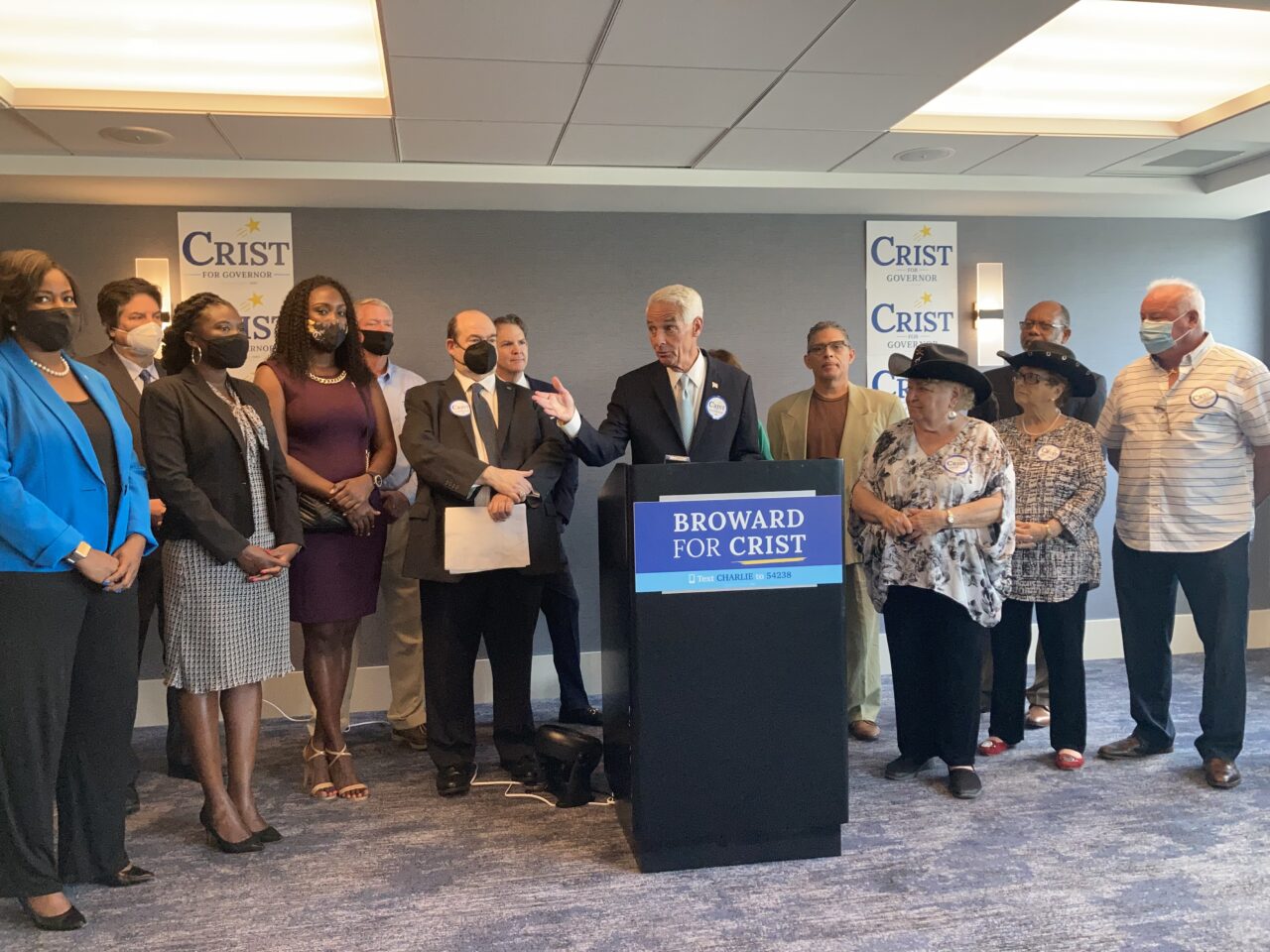 “We need a bigger room to fit all the people endorsing Charlie Crist,” joked Steve Geller, Mayor of Broward County and a former state senator.

The endorsements span Broward County from Pompano Beach to Davie and Hallandale, and come from 12 of the county’s 31 municipalities.

The latest round of endorsements add to 66 elected officials and community leaders across the state who have already supported the Democratic candidate running to unseat incumbent Gov. Ron DeSantis.

“I am honored and thankful to have the support of this astounding group of Broward County former and current elected and community leaders,” Crist said. “These endorsements reflect the strength and diversity of support our campaign has been blessed to receive in our mission to restore the soul of our Sunshine State and build a Florida for all. Broward County continues to play a key role taking back the Governor’s Mansion in 2022 and delivering the kind of leadership our people deserve. We won’t relent in the fight for what’s best for our state and all Floridians.”

The endorsers, including several Broward-area Mayors, City and County Commissioners, issued a joint statement on their collective nod.

“Charlie is the experienced and tested leader we need to end the string of reckless and heartless leadership plaguing our state and usher in a new era of growth and opportunity for Florida and all its people. A relentless public servant, Charlie has proved to our communities time and time again that he can be trusted to deliver for our teachers, our environment, our working families, and Floridians of color,” the group wrote in a statement.

“He’s committed to working alongside local leaders and tackling the issues facing folks across Broward and beyond, head-on. He’s the candidate we need to successfully unseat Gov. DeSantis and build the Florida our people deserve. We are proud to endorse him to be the next Governor of Florida.”

Before Crist can face DeSantis at the ballot box next November, he must first take on Agriculture Commissioner Nikki Fried in the Democratic Primary. Crist is so far leading Fried in polls of the race and, in some, also leads DeSantis in a hypothetical head-to-head matchup.

The endorsements might sting for Fried, who is from South Florida.

The endorsements follow Crist’s latest fundraising announcement, which his campaign said came to more than $655,000 raised in September. That haul brings his cash on hand to $2.8 million. Donations have come in from more than 14,000 donors.