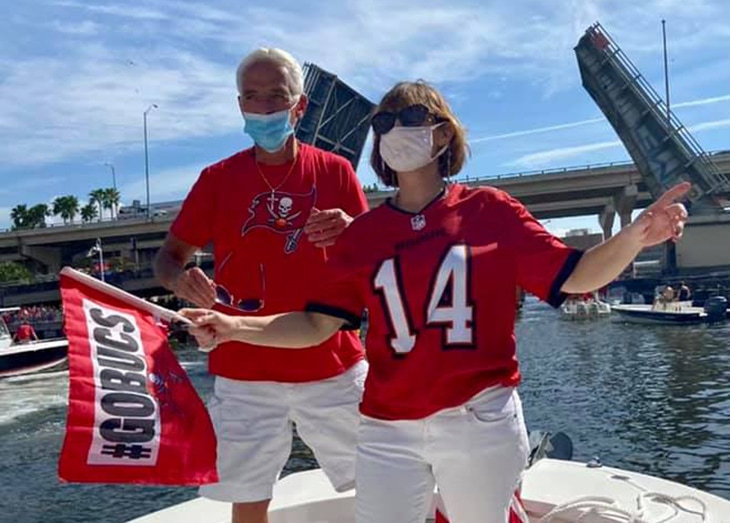 The pair have close ties as Tampa Bay Democrats.

In her endorsement, Castor cited Crist’s environmental advocacy and experience in leading Floridians.

“When Charlie was Governor, he worked to build unity rather than fuel division,” Castor said in a statement. “We had an excellent working relationship and partnered on critical issues such as responding to the BP oil disaster, improving public education, recovering from the financial crisis, expanding early voting hours, supporting clean energy initiatives, increasing access to affordable health care, and working together to bring needed infrastructure investments back home to Tampa Bay.”

The pair have close ties as Tampa Bay Democrats who share the national stage — Castor has served in the U.S. House since 2007, and was joined by Crist after his initial election to Congress in 2016.

“I’ve worked with Charlie Crist for years, but you only have to spend a couple minutes with him to know he’s always on the people’s side,” Castor said in a statement. “Charlie will stand up for voting rights, high quality education, affordable health care, and clean energy and clean water — just as he has done during his years of service to the people of our great state.”

This will mark Crist’s third run for Governor. He served in the office from 2007 to 2011 as a Republican, and ran an unsuccessful Democratic campaign for Governor in 2014, which he lost against now-Sen. Rick Scott.

“I’m honored and excited to earn Congresswoman Castor’s endorsement,” Crist said in a statement. “Kathy is champion for Florida’s environment and families in Congress, and together we’ll fight to bring the people’s voice to Tallahassee. That’s why I’m running for governor — to bring people together to build a Florida for all, where everyone has the opportunity to succeed.”

Crist is looking to corral as much support as possible while he has the spotlight as the only Democrat in the race. That won’t last long, and Crist is already on the road campaigning looking to reach out to more voters and fellow Democrats. Other big-name candidates are expected to emerge, such as Agriculture Commissioner Nikki Fried.

But, despite Crist’s early entrance into the race, incumbent Gov. Ron DeSantis continues to lead polls for the race, having a double-digit lead over the most likely challengers to his reelection.

Crist posts the best showing against DeSantis. But the Republican incumbent still leads Crist 51% to 41%, including holding a 50% to 33% edge among independent voters.