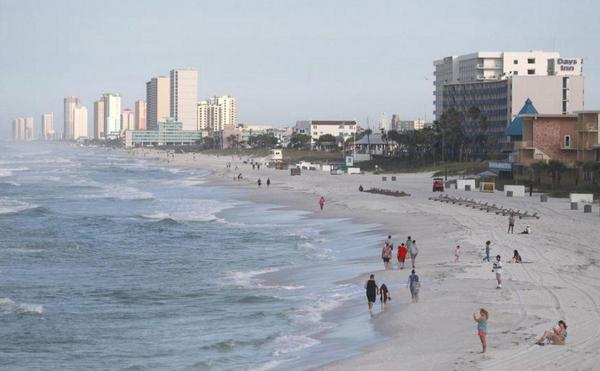 The largest turkey in the region is worth $2.5 million.

Florida TaxWatch has flagged more than $19 million in projects out of Northwest Florida the organization believes Gov. Ron DeSantis should veto from the 2021 state budget.

The group listed those projects in its annual Budget Turkey Watch report, released Monday. The Governor has line-item veto power, allowing him to ax funding for individual projects without undoing the entire budget.

The 28 “turkeys” identified from Jefferson County westward, worth $19.3 million, come from the 116 projects totaling $157.5 million that TaxWatch flagged. The overall budget lawmakers passed last month is worth $101.5 billion.

Four projects totaling $2.3 million were those added back to the budget in the House and Senate’s sprinkle lists, supplemental projects added at the end of budget debates. The largest, worth $1.2 million, would help purchase and install a new communication system for the Jefferson County Sheriff’s Office. Another would put $1 million toward adding space at the Liberty County Jail even though the Liberty County Sheriff’s Office initially asked for $250,000.

Transportation projects make up a bulk of the TaxWatch list, both across the state and in the Panhandle specifically.

“For years, Florida TaxWatch has recommended that the Legislature stop earmarking these projects to allow the process to decide which projects have the highest return on investment and to ensure they are considered within the state’s coordinated transportation planning process,” the report reads.

Eighteen of the Panhandle turkeys are transportation projects not included in the state work plan, worth $14.5 million. Among them is the largest project identified in the region, a $2.5 million ask to improve the entrance to the Bluffs industrial park in Escambia County.

The other multimillion-dollar item on the list, a $2 million project to develop and study the third phase of the Philip Griffitts Sr. Parkway, a new roadway to relieve traffic along the Panama City Beach Parkway. Other top dollar transportation projects TaxWatch flagged include $1.5 million to improve the Live Oak Church Road bridge and intersection in Crestview, $1.2 million to plan the Old Town of Santa Rosa Regional Stormwater Management Facility and Event Venue, and $1 million to renovate downtown Crestview’s streetscape.

Four projects worth $2.1 million tackle local parks, including a $1 million to improve Memorial Field in Bonifay, the city’s only space for large outdoor events.