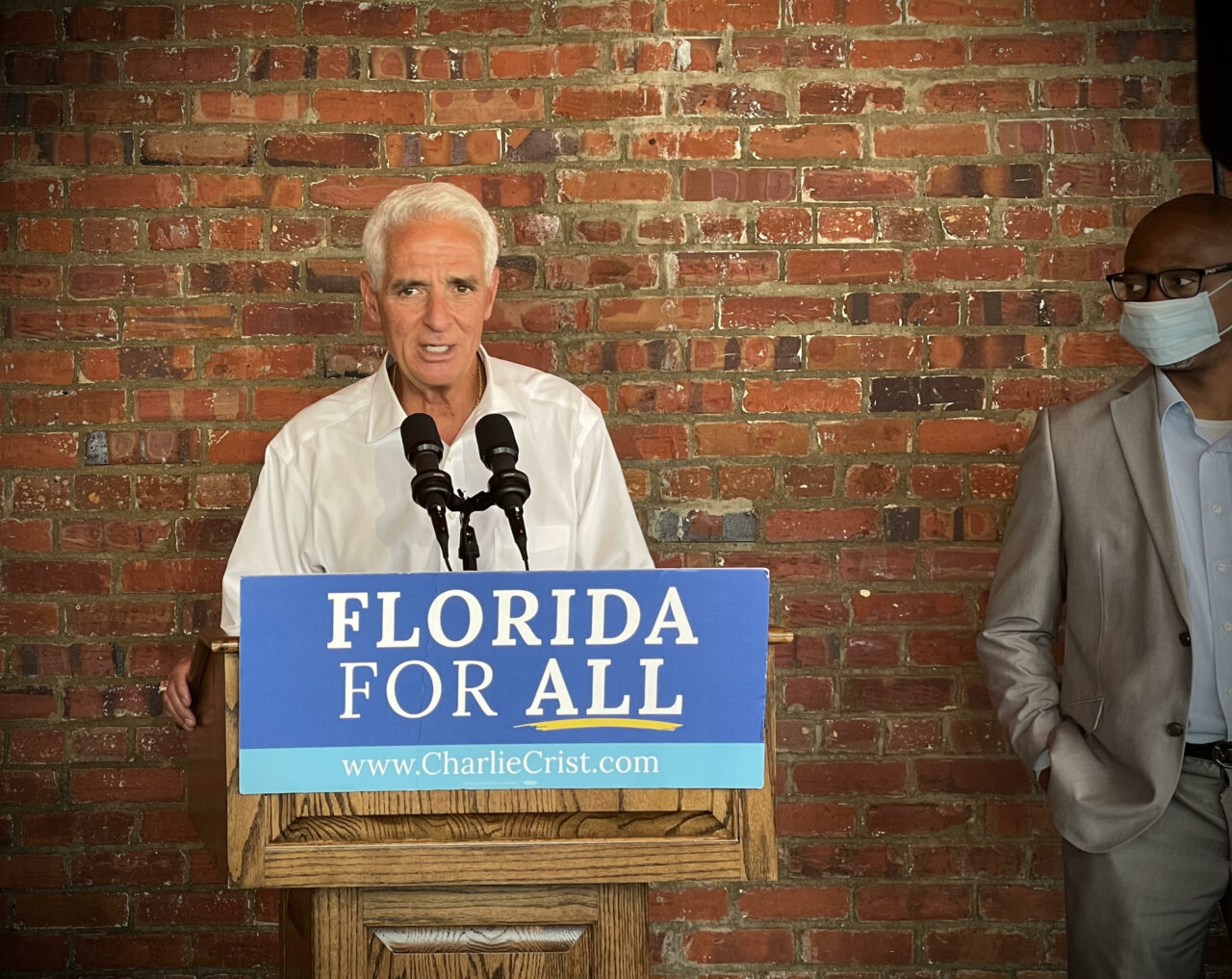 Crist has been in the race less than 48-hours and sparks are already flying.

It marks the second consecutive day — Crist only announced his campaign Tuesday — that Crist has used rhetoric that bypasses potential Democratic primary challengers and pits himself directly against the Florida’s current Governor.

Crist, speaking to reporters, criticized DeSantis for going on a coronavirus “victory tour” to tout the state’s pandemic recovery.

“I know he’s on a victory tour or whatever you want to call it, pounding his chest and saying ‘look how great we did,’” Crist said.

DeSantis has made the rounds on television and in speeches comparing Florida’s open policies for schools and businesses during the pandemic to “lockdown” states.

“It’s weird for me to watch a man go around and say what a great job we’ve done, and so many of our fellow Floridians have been infected, have gotten sick, and sadly over 36,000 (died) — 93 died yesterday. Those numbers aren’t a joke. That’s not a success,” Crist said.

At the same time Crist was talking to reporters, DeSantis was again speaking at a press conference about Florida’s economic recovery.

“None of that would’ve been possible had we done lockdown policies,” DeSantis said.

But DeSantis’ numerous interviews and speeches about Florida’s pandemic recovery may not be solely about political opponents in the 2022 campaign for Governor.

DeSantis hasn’t officially announced his candidacy for Governor, but he is expected to run for reelection in 2022 for the term that starts in 2023. After that, political insiders — and many others — speculate DeSantis could run for President in 2024. The timeline would mean DeSantis would spend a lot of time on the presidential campaign trail while Governor, rather than in Tallahassee.

Crist grabbed hold of that point.

For his part, DeSantis directly called out Crist Tuesday for party-flipping and “slithering around” for an open office.

The exchanges between the two men mark a lot of back and forth considering only one person has formally declared their candidacy for the 2022 race to be Florida’s Governor.

“He’s my only opponent right now. Nobody else has declared. I don’t even think he has,” Crist said.

previousUniversities to return to 'pre-COVID operations'