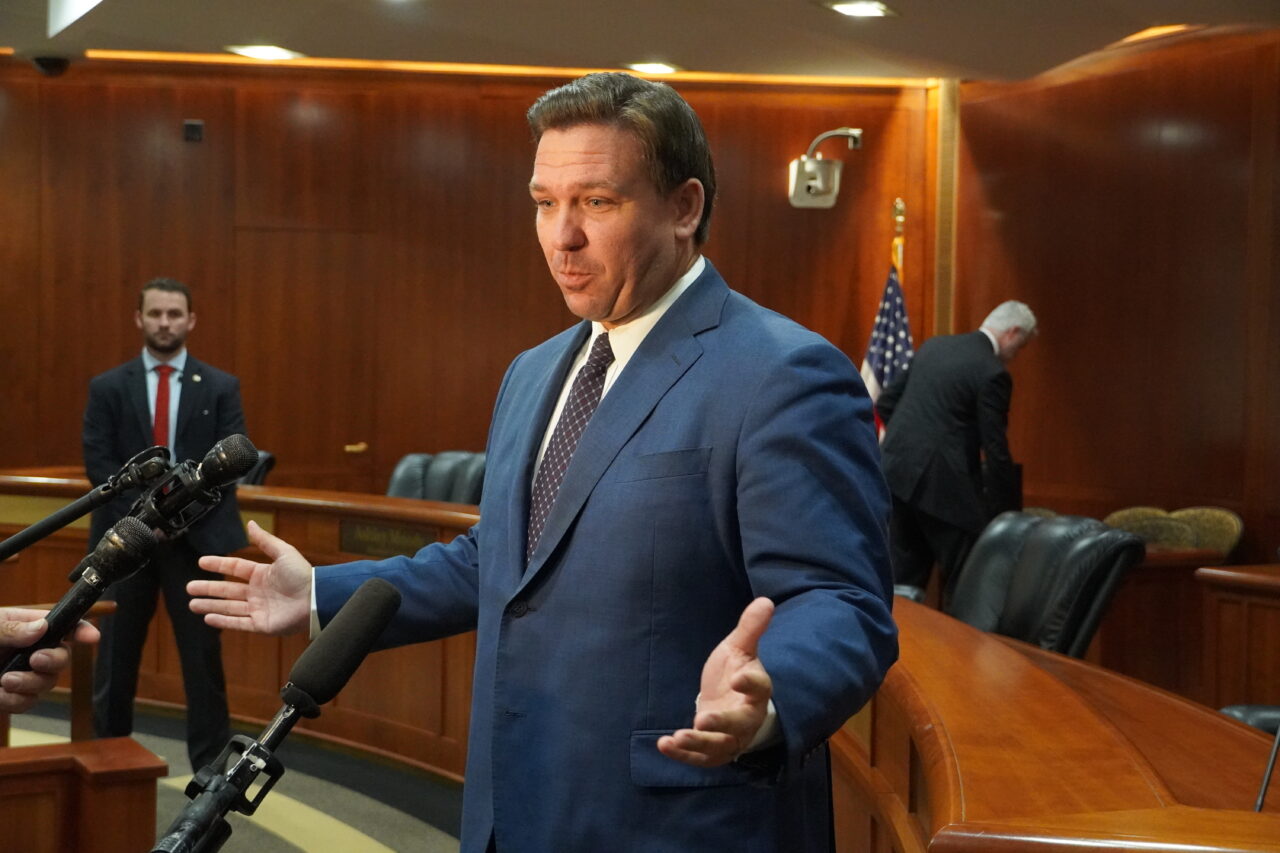 Gov. Ron DeSantis is squeezing in jabs against Rep. Charlie Crist only a few hours into the Democratic Congressman’s latest gubernatorial run.

Crist, who was elected to the Governor’s Mansion in 2006 as a Republican, officially kicked off his 2022 campaign for Governor in St. Petersburg Tuesday.

In a video released ahead of Crist’s formal announcement, the former Governor took on how DeSantis handled the COVID-19 pandemic, noting the 35,000 dead Floridians.

However, when asked by reporters, the incumbent stood by his antilockdown, probusiness approach to the pandemic.

“I implore them — from my political interest — run on closing schools, run on locking people down, run on closing businesses,” DeSantis said. “I would love to have that debate, because I can tell you this, we have saved people’s livelihoods.”

Recent polls have shown the Governor’s popularity up amid the late stages of the pandemic. According to one Cygnal poll, 60% of Floridians approve of his pandemic response.

States run by Democrats, like New York, New Jersey and Illinois, are facing disastrous economic and educational damages stemming from prolonged lockdowns, according to the Governor.

DeSantis on Monday appeared in St. Petersburg at “The Big Catch,” one of Crist’s favorite restaurants, to sign a bill and executive orders curbing local emergency orders. When asked by reporters, the Governor laughed off the possible gamesmanship at play.

Crist easily won his 2006 race for Governor after getting elected in 2000 and 2002 as Attorney General and Education Commissioner, the latter of which subsequently became an appointed post. But Crist did not run for a second term as Governor in 2010, instead leaving the Republican Party and launching an independent bid for a U.S. Senate seat. Crist lost the race to Republican Marco Rubio and was sidelined politically.

Crist became the Democratic nominee for Governor in 2014, but lost to incumbent Republican Gov. Rick Scott. He then won his Pinellas County congressional seat in 2016.

“Which party is he going to run under? Do we know for sure?” DeSantis quipped.

DeSantis noted Crist’s past losses in statewide campaigns, including his 1998 run for Senate as a Republican. However Crist, now a Democrat in Congress, has voted with House Speaker Nancy Pelosi, of San Francisco, and President Joe Biden‘s position 100% of the time, according to FiveThirtyEight.

“He could probably give it a run for the Green Party in San Francisco, liberal Green Party,” DeSantis said.

During another appearance in Miami, reporters asked the Governor whether he would prefer taking on Crist, Agriculture Commissioner Nikki Fried or Orlando U.S. Rep. Val Demings, to which DeSantis settled on “the more the merrier.” The later two are possible candidates for the Democratic nomination, though neither have announced their intentions.

One advantage Crist will have in the coming year is name recognition.

“Any time there’s an open office somewhere, you can bet someone like a Crist is probably going to be slithering around for it,” DeSantis said.