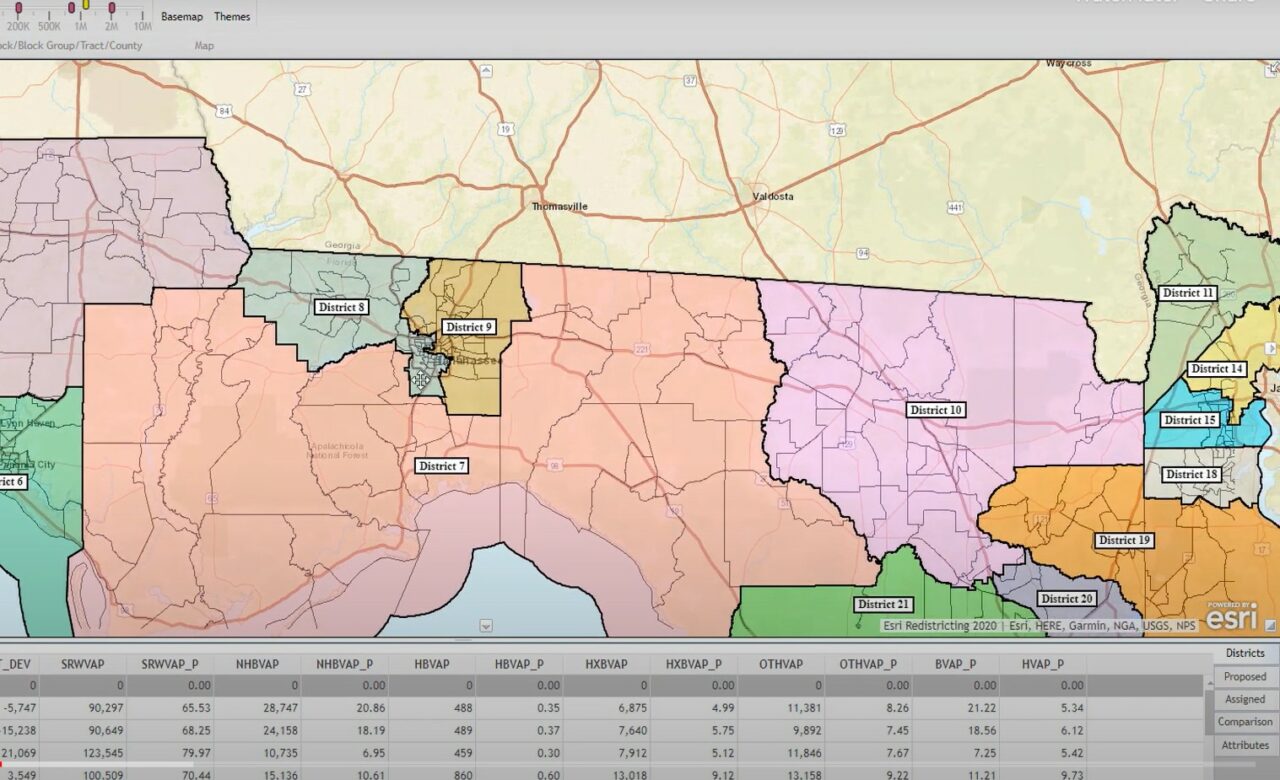 Lawmakers promise a fair process, though many expect a GOP-friendly final product.

The possibilities are endless, the task is daunting, and there’s no telling what the Florida Supreme Court will think of the end product, but by the end of the upcoming Legislative Session, lawmakers must configure 120 state House, 40 state Senate and 28 congressional districts.

This week, House staff members showed lawmakers how a publicly available website can be used to draft proposals for all of those. Various filters, officials demonstrated, show and account for city limits for hundreds of municipalities, existing state and federal jurisdictions, and even major roads and water bodies. Then the software will process and show demographics for each imagined district.

“There is no such thing as a best map,” said Rep. Tom Leek, chair of the House Redistricting Committee.

Thanks to pandemic-related delays in the release of census data, lawmakers didn’t get started on the once-a-decade redistricting process until September and must complete the task by the end of the Session on March 11. Leaders in the two parties have so far promised integrity and demonstrated comity. But pundits predict the affair could still turn deeply partisan.

Cook Political Report, a highly regarded political prognosticator, cited Tallahassee insiders who think the GOP could pick up three U.S. House seats in Florida. One would come by drawing a new congressional seat as a Republican-leaning territory. A proposed map published on the political site also shows how the districts represented by Democratic Reps. Stephanie Murphy and Charlie Crist could be redrawn to favor a GOP candidate.

But leaders of the process say their top priority remains to create a map that will survive a court challenge. Sen. Ray Rodrigues, Senate Reapportionment Committee chair, conceded that didn’t happen in 2012, the first time lawmakers underwent redistricting after the passage of the Fair Districts Amendment to the Florida Constitution. As a result, the state Supreme Court mid-decade tossed the Legislature’s maps for U.S. House and Senate districts and went with court-drawn maps. The state House map survived scrutiny, but the state Senate map was also redrawn by the courts.

This time, Rodrigues said the Legislature has the benefit of clear judicial guidelines provided through prior verdicts.

“We will conduct ourselves in a manner consistent with state law, free from any hand of unconstitutional intent,” he said.

The meetings about reapportionment so far primarily focused on legal guidelines, which have the highest priority. Top tier demands include a requirement that the process must not favor or disfavor a political party or incumbent, but there’s also an expectation racial and language minorities won’t be denied the political voice to choose their elected representatives. There may be no cracking of minority communities to dilute their voice across several districts and no packing of communities into a single district if the intent is to diminish power. But maps that empower minority groups will be taken into account by the courts.

Questions of geometry also will come into play. Publicly available software will flag districts that deviate too much from a circle or a reasonable polygon. But officials also say a simple eyeball test can often show if a district is wildly gerrymandered.

Rep. Joe Geller, the ranking Democrat on the House Redistricting Committee, has encouraged lawmakers to exhibit fundamental fairness. He and Leek have a positive professional relationship dating back six years, and Geller said lines of communication so far remain open between both sides of the aisle. But Geller expressed hope there will be an effort to collect input from around the state.

“If we allowed the public to submit testimony by Zoom, I think that would be a good thing,” he said.

Little outside input has taken place so far outside civic opportunities like the League of Women Voters or the AFL-CIO. Again, those leaders say all of Florida must be allowed to participate.

“There is nothing like feeling heard,” said League of Women Voters President Cecile Scoon.

nextU.S. to reopen land borders in November for fully vaccinated