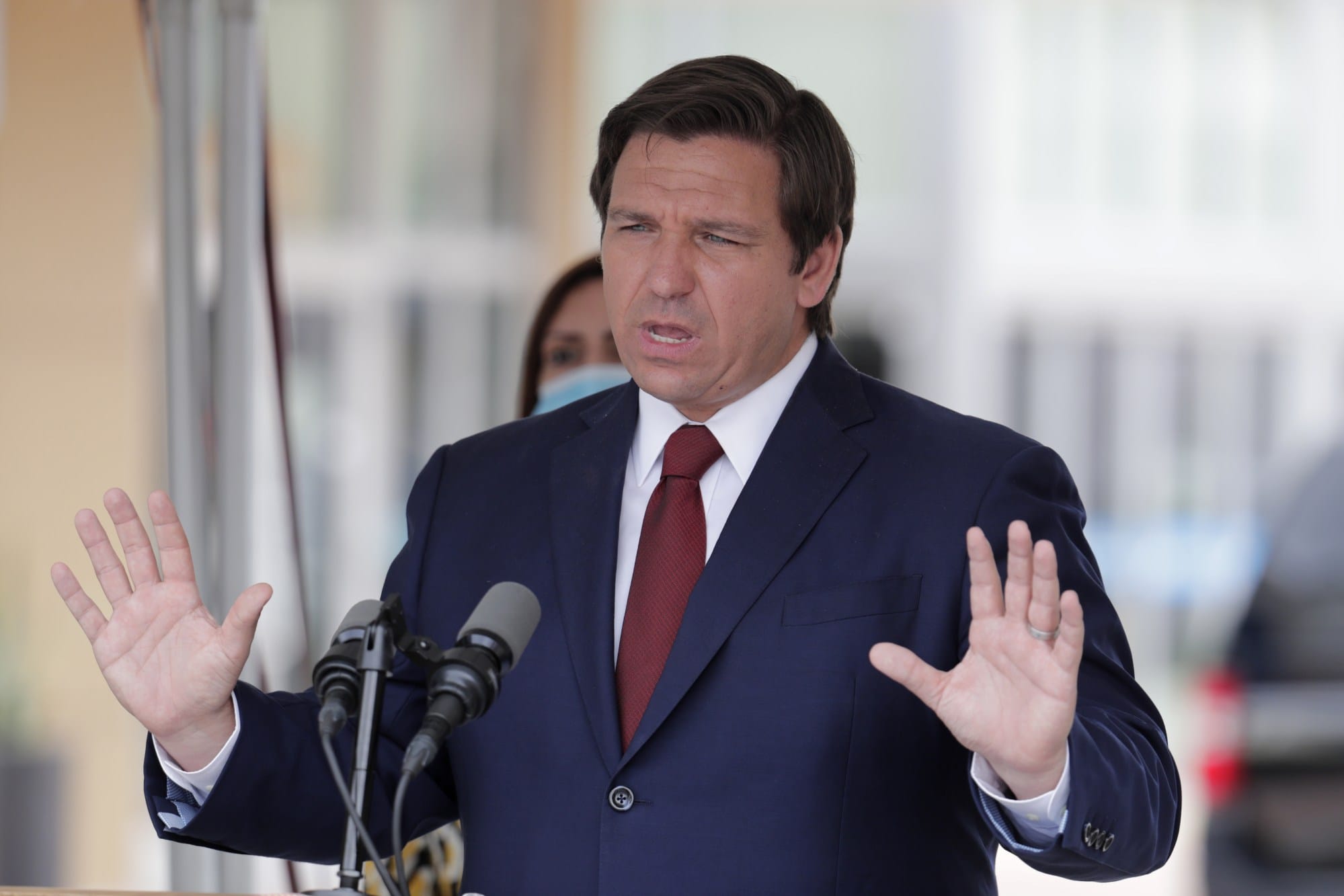 Could a vaccine mandate accelerate a hospital staffing crisis?

The pandemic has created a staffing crisis in Florida hospitals, and Gov. Ron DeSantis warned a crowd in Niceville that vaccine mandates could be the tipping point, forcing hospitals to “hemorrhage” nurses from the field.

“We’re really concerned about these forced vaccine mandates on the workforce. The fact of the matter in medical, with nurses, if even a fraction of them decide that this is not something they want to do and leave, this will cause a lot of these health systems to hemorrhage,” DeSantis said.

“I know that Biden is trying to force this on everybody. One: I think that it’s your choice. I don’t think that you should get fired over this issue. And we want to protect people’s jobs. But two: It is absolutely going to have a negative impact on the economy, if you’re causing people to lose these jobs,” DeSantis added.

“Because then you’ve got to find those folks. And you already need more folks. So why would you want to do that going forward?”

The comments come amid an exodus of nurses from Florida hospitals and clinics.

Former Florida Agency for Health Care Administration Secretary Mary Mayhew, now CEO of the Florida Hospital Association, told a Senate committee this week that 25% percent of nurses and 30% of critical care nurses have left the field since last March.  A “significant wage escalation” has happened, amid a “workforce shortage greatly exacerbated by the pandemic.”

DeSantis said his new Surgeon General, Dr. Joseph Ladapo, told him regarding vaccine mandates that “forcing this is the worst thing you can do from a health perspective, because it creates a lot of mistrust and animosity.”

“In Florida, we want to make sure that people ultimately are in charge of these decisions, and I think that’s the right thing to do. So that’s another roadblock we’re going to have to make sure we protect Florida against. There’s litigation, legislation, a whole bunch of stuff that’s in the hopper,” DeSantis said.

In September, DeSantis previewed the legislative push against purportedly “unconstitutional” vaccine mandates floated by the Joe Biden administration, invoking his military oath in comments on Sept. 11.

“When you have a President like Biden issuing unconstitutional edicts against the American people, we have a responsibility to stand up for the Constitution and fight back,” DeSantis added.

The litigation side of the resistance, meanwhile, comes from Attorney General Ashley Moody, who aligns with most other Republican AGs in saying that the rulemaking mechanism via the Occupational Safety and Health Administration, by which the Biden Administration contemplates its vaccine mandate, is unconstitutional and illegal.

The tough words from Tallahassee will be put to the test as soon as next week, when the rule is expected to be unveiled. It would require vaccinations or weekly testing for all employees of companies with more than 100 employees, which includes much of the corporatized health industry.

However, even the White House acknowledges this rollout has been a slower process than might have been expected.

White House Press Secretary Jen Psaki told reporters during a briefing Tuesday “there isn’t a big historic precedent for this and we want to get it right, and the team at OSHA, the team at the Department of Labor wants to get it right, wants to be able to create some clarity for businesses around the country.”

In addition to whatever happens at the governmental level, expect challenges from aggrieved employees to hospitals and other companies trying to abide by federal guidance.