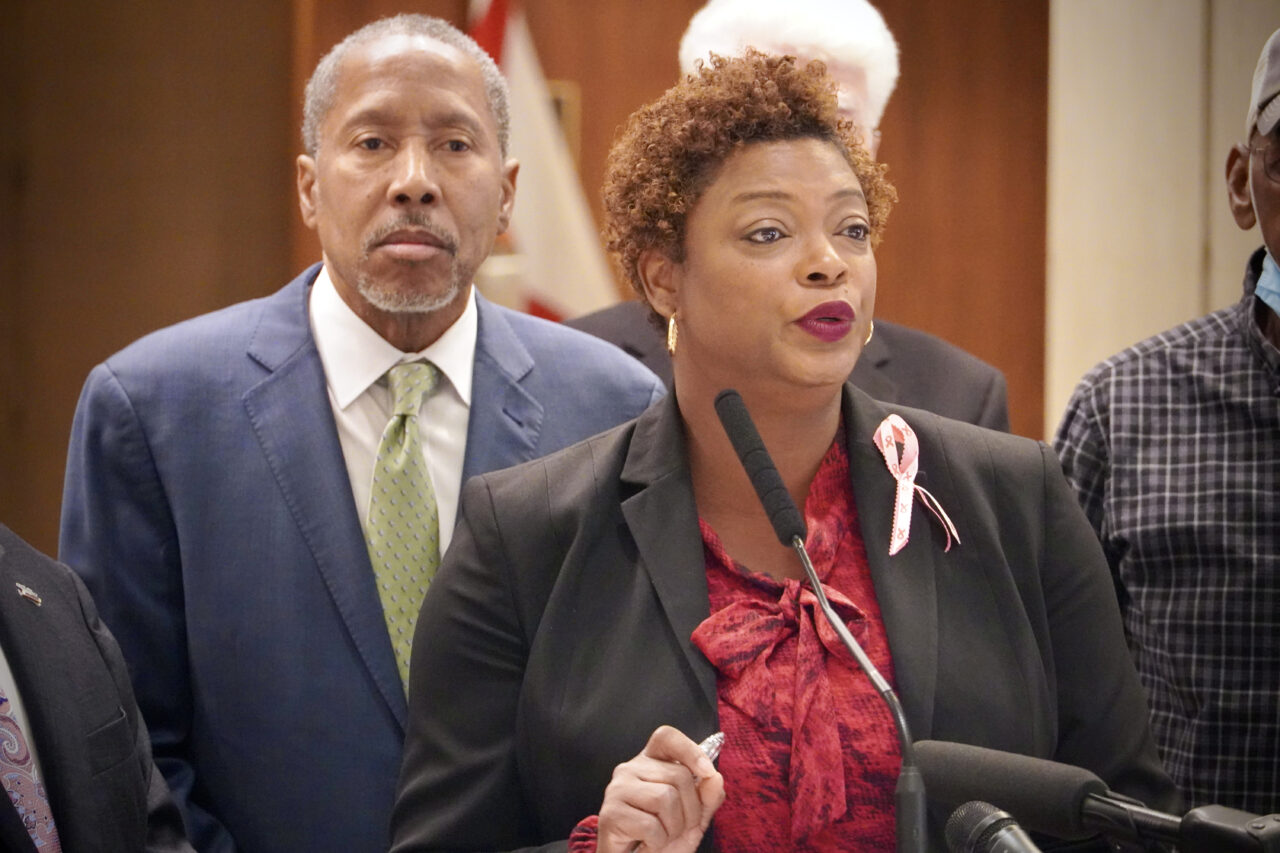 An investigation uncovered rampant physical, sexual and mental abuse at the state-operated institution.

An elderly Monticello man wept Monday inside the Capitol Rotunda, recalling the physical abuse, rape and mistreatment he endured while in state custody at the Dozier School for Boys.

“I was told that if I mentioned it to anybody that I would never see my family again,” said Cecil Gardner, now a husband and father. “Fear was put in me for all these years. I’m 75 years old now but I’ve been carrying this weight for all those years.”

Alongside him, a retired Army Captain detailed the mental and emotional abuse he and others suffered at the state-operated boys’ school — which Gardner, who now walks with a cane, attended before him.

“I’ve talked about these stories for years now,” said Bryant E. Middleton, a Vietnam combat veteran. “I’ve been involved in doing this for 15 years of my life now.”

Gardner and Middleton’s stories of trauma and abuse at the institution are not unique. Tragically, they’re merely two of the roughly 500 former Dozier students who reported similar experiences between the 1940s and the late 1970s. The state-school, now shuttered, housed young boys, many of whom were convicted of minor offenses, such as smoking.

“We’re all old guys, not much time left,” said Charles Fudge, who attended the school as a 12-year-old. “It would be nice to have a little compensation to be able to take and just rest.”

With the help of Sen. Darryl Rouson and Rep. Tracie Davis, they and other former students — including the dozen or so who spoke Monday at the Capitol — may soon receive state compensation under newly filed legislation. They’re known collectively as the White House Boys, referring to a place on the school grounds where the abuse often took place.

“Too many have died and have not been made whole,” Rouson said alongside the collective as they wept aloud, often embracing one another. “The least that we could do to those still living and surviving these injuries and this painful experience is to give them compensation.”

The bills (SB 482 and HB 161), which do not include a compensation amount, come years after an investigation uncovered rampant physical, sexual and mental abuse at the institution. Opened in 1900 in Mariana, the school housed children convicted mostly of minor offenses such as truancy or smoking, though others attended for more serious offenses.

According to the identical bills, the school was the frequent subject of abuse allegations. Those allegations, however, weren’t fully investigated until the school failed an inspection in 2009. The Florida Department of Law Enforcement later confirmed some abuse and violence allegations in 2010, forcing the school to close a year later.

In addition, the University of South Florida identified 45 burial sites on the school’s grounds.

“Families were often notified of the death after the child was buried or were denied access to their child’s remains at the time of burial,” the bills say.

In all, USF’s survey documented nearly 100 deaths that occurred at the school. Dozens of students, meanwhile, remain missing and more struggle with the memories.

“We are talking about men that are 70, 75, 80 that are still dealing with the emotional trauma of something that happened to them,” Davis said.

Families of the victims later sued the state to recover remains from the unmarked graves. In 2017, the Florida Legislature held a ceremony formally apologizing to victims and their families. Rouson, however, says the state needs to go a step further.

“As we stand here with the survivors, with the living, we can honor their struggle, their bravery to live with the pain, the injuries, the damages, by asking the State of Florida to do a little more than apologize.”

The 2022 Legislative Session will mark at least the third attempt to compensate the White House Boys.