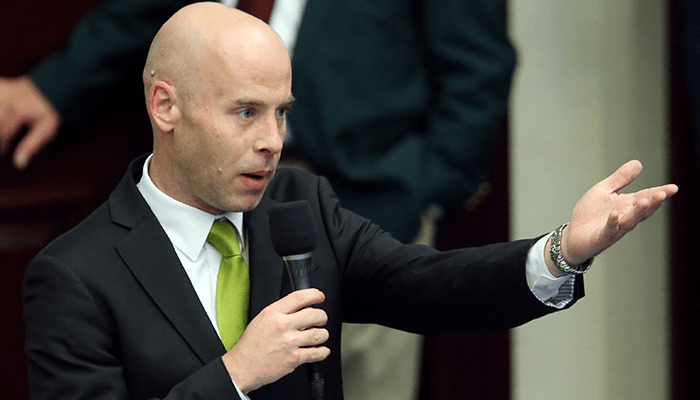 'There's going to be folks that want to throw red meat out.'

The veteran lawmaker from Dania Beach, now serving his seventh term in the House, believes the upcoming Session will follow the same partisan path other election-year Sessions have taken. Jenne expects the Session to turn to “nastiness and controversy” fairly quickly.

Jenne was first elected in 2006, when Republicans had a 78-42 advantage in the House. Republicans hold the same advantage today. But politics these days have gotten more tribal, Jenne told reporters Monday, with politicians pushing the bubble on partisanship.

“There’s going to be folks that want to throw red meat out, irrespective of party, and show that they are the most Republican Republican and the most Democratic Democrat,” Jenne said. “That is what these sessions have really devolved into over the last decade or so.”

Gov. Ron DeSantis has been cautious on the matter, noting that the Supreme Court might not be done reviewing it. The majority of the Court had ruled that a technicality prevented them from hearing a lawsuit over the law.

“I still believe at this point we have not seen what my colleagues on the other side of the aisle will choose to do on abortion and a woman’s right to choose her own health care,” Jenne said. “So I think that that’s going to be something that we’re still kind of holding our breath waiting to see.”

House Speaker Chris Sprowls similarly told reporters he is supportive of stricter abortion rules but didn’t go so far as to endorse that specific measure. However, Sprowls later told reporters that he had asked House Judiciary Committee Chairwoman Erin Grall and House Health and Human Services Committee Chairwoman Colleen Burton to review abortion law proposals and to take point on the issue.

The 2022 Session, which begins Jan. 11, will be a redistricting year. Lawmakers are currently in their third committee week ahead of the 60-day Legislative Session.

Ten years ago, during his first stint in the Legislature, Jenne said he watched level-headed individuals become animalistic and territorial. Unlike Jenne, whose second stint began in 2014 and is term limited, many of his colleagues are running for reelection or for Senate.

“A lot of people’s political careers will hang in the balance of what comes out of those redistricting subcommittees, the full committee, and the Legislature as a whole,” Jenne said.

The House Democratic Co-Leader also had a word for DeSantis regarding a lawsuit last week demanding the Governor schedule Special Election dates to replace the lawmakers, all Democrats, running to succeed the late U.S. Rep. Alcee Hastings in the 20th Congressional District.

“Nearly half a million African Americans in South Florida will have absolutely no representation in Tallahassee during a redistricting Session,” Jenne said, referring to a Senate District’s estimated population. “That is something we should not have to worry about, but it is very concerning to us.”