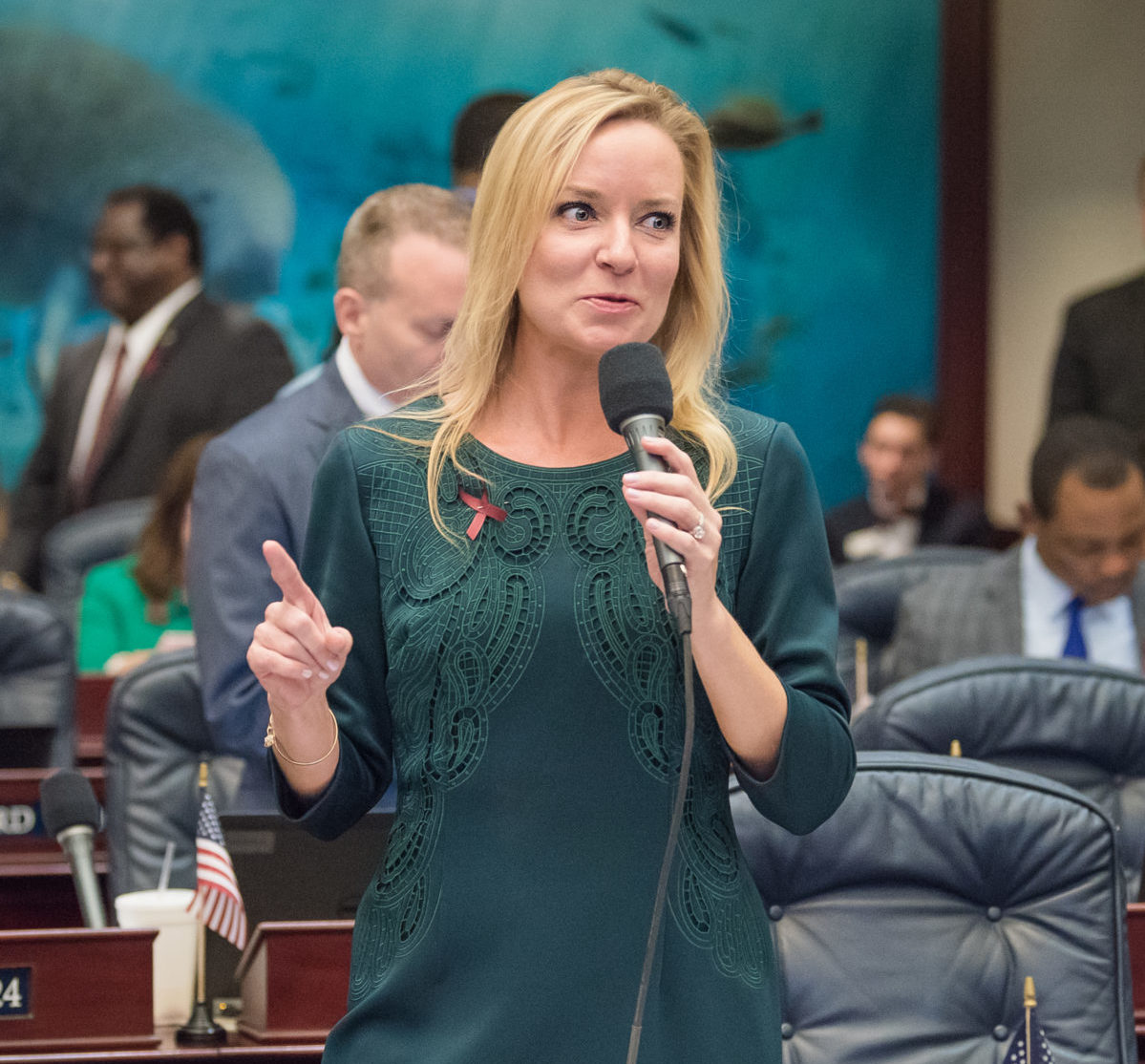 Though Holly Raschein is hardly a political newcomer, as the newest member of the Monroe County Commission, the former state Representative plans to initially take a measured approach to introducing ideas and items on the dais.

But one thing is certain: She plans to follow through on the goals of late Commissioner Mike Forster, whom Gov. Ron DeSantis appointed her to replace last month.

“My priorities are very much in line with Commissioner Forster’s,” Raschein told Florida Politics. “We saw eye to eye on a number of policy issues. I want to continue his good work.”

The top priority, she said, is water quality. Florida’s water is among its most valuable commodities, but its quality is deteriorating in nearshore and confined waters of the Florida Keys. Environmentalists and those who live by or work close to the shore have repeatedly raised alarms about worsening conditions in South Florida waterways, punctuated recently by fish kills in Biscayne Bay, a record number of manatee deaths and coral die-offs.

“Another thing you don’t hear a lot about is ocean acidification,” she said. “I’ve sat on panels that have tried to make it something folks are looking at, (because) ocean acidification affects our fisheries, our lobsters and crabs — their shells are affected; they’re softer — and our fish habitats can be affected,” she said.

Raschein focused on water quality issues during her eight years as a lawmaker in Tallahassee representing House District 120, which covers all of Monroe and a southern portion of Miami-Dade County.

She has continued some of that work in the private sector, since she left office because of term limits last year, as director of government relations for Ashbritt Environmental, a rapid-response disaster relief and environmental service contractor.

“To be able to carry it forward now on the more local level, where it really hits close to home and people live and breathe it — I mean, how many businesses depend on clean water down here? People come down here to sit at a bar, have a margarita and look at the bay. They come down here to go out on the boat, to fish, scuba dive, snorkel,” she said. “Everything we do down here, and why people move and visit here, is because of the water. So, that’s numero uno.”

As residents and visitors alike can attest, traffic is another major concern. The Florida Keys, from Key West to Key Largo, rely on one main thoroughfare: the 113-mile Overseas Highway. Everything that can be done must be done to ensure the roadway remains as free of congestion and obstruction as possible, Raschein said.

“It can be a pain in the butt sometimes, but it’s the only road we have and we have to live within its means,” she said. “We don’t want to close off paradise to people.”

Those two issues, she said, touch upon a third — resilience. As sea levels rise and Florida’s shores erode, the resultant problems are expensive at best and inhospitable at worst. The solutions, however, can be costly as well.

“When it’s king tide (September through December), you can literally see the tide coming in. There are little fish swimming in the road, white herons and birds ready for a quick meal, and you can’t (get) down the road because the water is so high. A lot of property owners are getting pretty upset,” she said. “There are solutions, (but) the solutions are extremely expensive. A lot of communities can learn from what we’re doing here in the Keys. The price tag is astronomical, but there are ways folks — environmental engineers, water quality experts, scientists, Realtors, developers and everybody — (can) take a look at this and use the Keys as a model.”

Local leaders will likely have to make some difficult choices in the near future, she said.

“There will be some areas in the Keys that are so expensive to either raise the road, bridge or whatever that it’s not going to be worth it,” she said. “You have one, two, three, four or five homeowners out there. Are we going to use the taxpayer dollars, or are we going to shift to where we can cover more ground and more people? Those are tough decisions we’re making now that other places in Florida and definitely the Southeastern United States are going to have to be thinking about pretty seriously.”

Other topics Raschein said she’s examining ahead of a “big meeting” among commissioners in November include parks, beautification — cutting down on litter and debris from vehicles and sea vessels — and workforce housing.

All were issues for Forster, who lived his entire life in seaside communities and was a serial restaurateur, most recently opening Mangrove Mike’s in Islamorada.

Taking care of his staff was always of vital importance to Forster, Raschein said. Shortly after the onset of the pandemic, Forster mobilized the distribution of 10,000 pounds of meat to Keys food banks and provided free meals to restaurant workers out of his restaurant.

Feeding service industry workers, a vital sector of Keys tourism, was important to Forster. So was housing them, said Raschein, who vowed to keep things going.

“It’s not out of the norm for people to have more than one job down here to be able to live, so workforce housing will be an issue we’ll always have,” she said. “I don’t know that there’s a permanent solution, but there are some ideas — the business community, chambers and all of that are on board. Mike was a huge proponent for restaurant workers, servers and bartenders, and especially our social workers and (Florida Wildlife Commission) officers, who are important to keeping our economic engine running. That was a big deal to him, and it’s a big deal to me.”

After Hurricane Irma struck the Keys as a Category 4 storm in 2017, Raschein worked on the state’s local emergency response.

After leaving office last year, however, she thought she was done with public service. Then Forster, whom Raschein called a “longtime friend,” died of pneumonia linked to COVID-19 in early September. She again felt a calling and was one of a few to apply to replace him.

Being chosen was “bittersweet,” she said.

“Mike always brought a local perspective to the table, and I miss that man,” she said. “He was taken way too soon, kind of just hit his stride on the Commission.”

previousMayor Francis Suarez ‘all in’ for tech, crypto-led Miami prosperity ahead of reelection