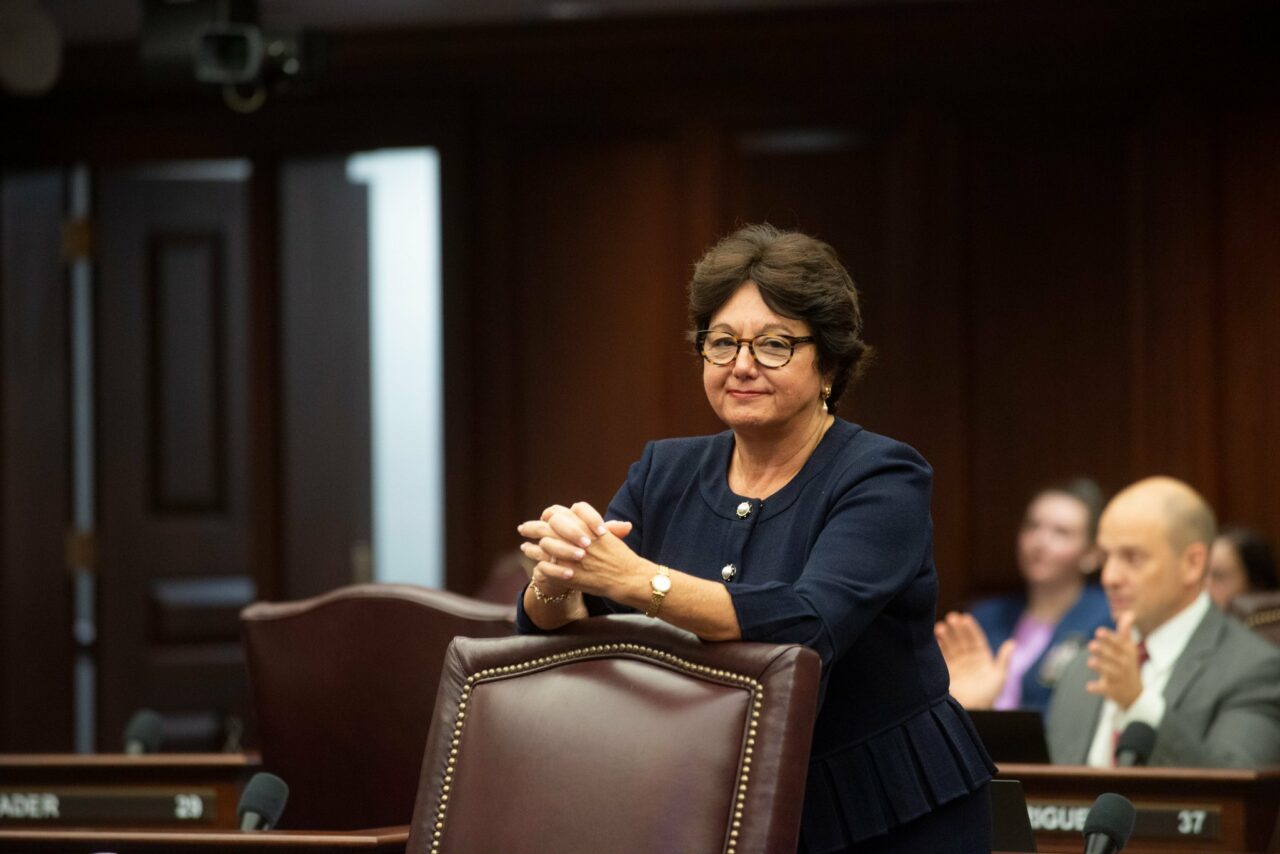 'Until the maps are completed, I won't know what my options are.'

With the 2022 election nearly a year away, the Senator tasked with leading the caucus beginning that year doesn’t yet have a plan of attack for the election cycle. That’s because redistricting still stands between lawmakers and reelection.

Speaking to reporters after she was formally nominated Senate President-designate ahead of the 2022-24 term, Sen. Kathleen Passidomo told reporters she was unsure of the possibility of expanding Senate Republicans’ majority in the coming term.

Republicans, led by Senate President Wilton Simpson, control a 24-16 majority, just enough to pass measures that require three-fifths approval, like constitutional amendments. Expanding the majority could help buffer against defectors in the caucus.

Passidomo acknowledged her role as Speaker-designate in quarterbacking her caucus’ campaigns. However, her options are limited until the Legislature passes district maps during the 60-day Legislative Session, beginning Jan. 11 and ending March 11.

Legislative leadership have made a particular effort to promise a fair and transparent redistricting process to prevent a successful challenge to the maps lawmakers produce. Sen. Ray Rodrigues, the Senate Reapportionment Committee Chair, has even returned Senate GOP campaign funds and given up texting to avoid the appearance of impropriety.

“I’m as mum as even Chair Rodrigues because I want to stay out of it,” Passidomo said.

Other colleagues haven’t been as quiet. Sarasota Sen. Joe Gruters, who doubles as the Chairman of the Republican Party of Florida, expects the party to expand its lead, at least in the congressional delegation.

Despite her uncertainty, Passidomo said she is encouraging her colleagues to raise money for reelection.

“You may be living in someone else’s district. We’ll work that out. But right now, start running for reelection,” Passidomo said.

Raising and spending more has been a necessity, Passidomo said, as newspapers die off and candidates shift to more expensive TV advertising to get their name and face out. For that reason, she isn’t concerned about money in politics.

“You have to raise a lot of money, and it’s really hard to do with small campaign checks, so I think if you have guardrails on how you collect it, how you spend it, then I’m OK with it. The question is how you collected it, spend it,” Passidomo said.

Republicans expanded their Senate majority last year, when Republican Sen. Ileana Garcia defeated incumbent Democratic Sen. Jose Javier Rodriguez in Senate District 37 by a few dozen votes after a recount. Former Sen. Frank Artiles has been charged in backing a third-party spoiler candidate that could have made the difference in that race.