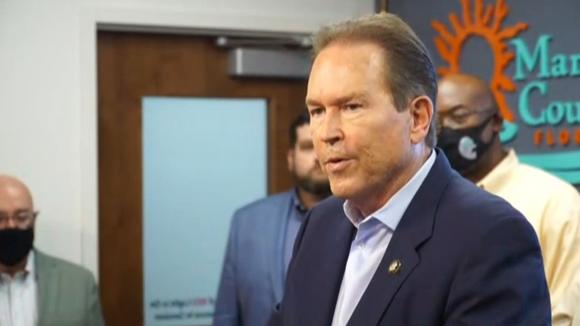 The Primary seems to be where the action is — for now — in CD 16 race.

The story of third quarter fundraising in Florida’s 16th Congressional District was about movement in the red.

Rep. Vern Buchanan reported more than $221,163 in new contributions last quarter. He also spent more than $412,956. But most of that went toward paying back $250,000 worth of loans the Longboat Key Republican previously made to his own campaign. The campaign still owed $375,000 in debt, at the time of filing.

Meanwhile, Primary opponent Martin Hyde added to his campaign debt. The Sarasota Republican loaned another $34,000 to his campaign. That brings his debt to $64,000. Outside of the loan, he raised $9,168. He also spent $42,974 over the course of three months.

The Primary this year has garnered attention, especially after Buchanan in two consecutive campaign cycles was targeted by national Democrats, but still won by more than 10 percentage points.

On the Democratic side, Jan Schneider of Sarasota reported $500 in contributions and spent as much in the quarter. She closed the reporting period with $57,089 on hand, and $97,966 in debt. Democrat Benjamin Miranda-Padilla has yet to file a financial report.

So where is money going? Buchanan has started to make campaign investments with Think Red, on which he spent $15,409, and Bogart Associates, which received $4,000 for a fundraiser. He has brought on staffers including Yvonne Buchanan and Jackson Line. The eight-term incumbent paid $14,000 to Reset Public Affairs.

Hyde has invested in merchandizing, including more than 150 shirts to be distributed. He’s also purchased a campaign bus with a $15,000 wrap advertising his campaign. Hyde said he’s making these investments early to get the most return from the display power of the bus over the next year until the Primary.

Hyde hopes to run an anti-establishment campaign built on pro-Donald Trump populist zeal. To date, that’s required a significant amount of upfront investment, and outsiders note he indeed is spending the money he puts in out of pocket.

Buchanan, who came in to office in 2006 on a razor 369-vote margin of victory over Democrat Christine Jennings in an open race, is banking on support built over 16 years representing the community and years of work in the business community before that. His campaign noted Buchanan held off Primary challenges before, including during the rise of the Tea Party in 2010.