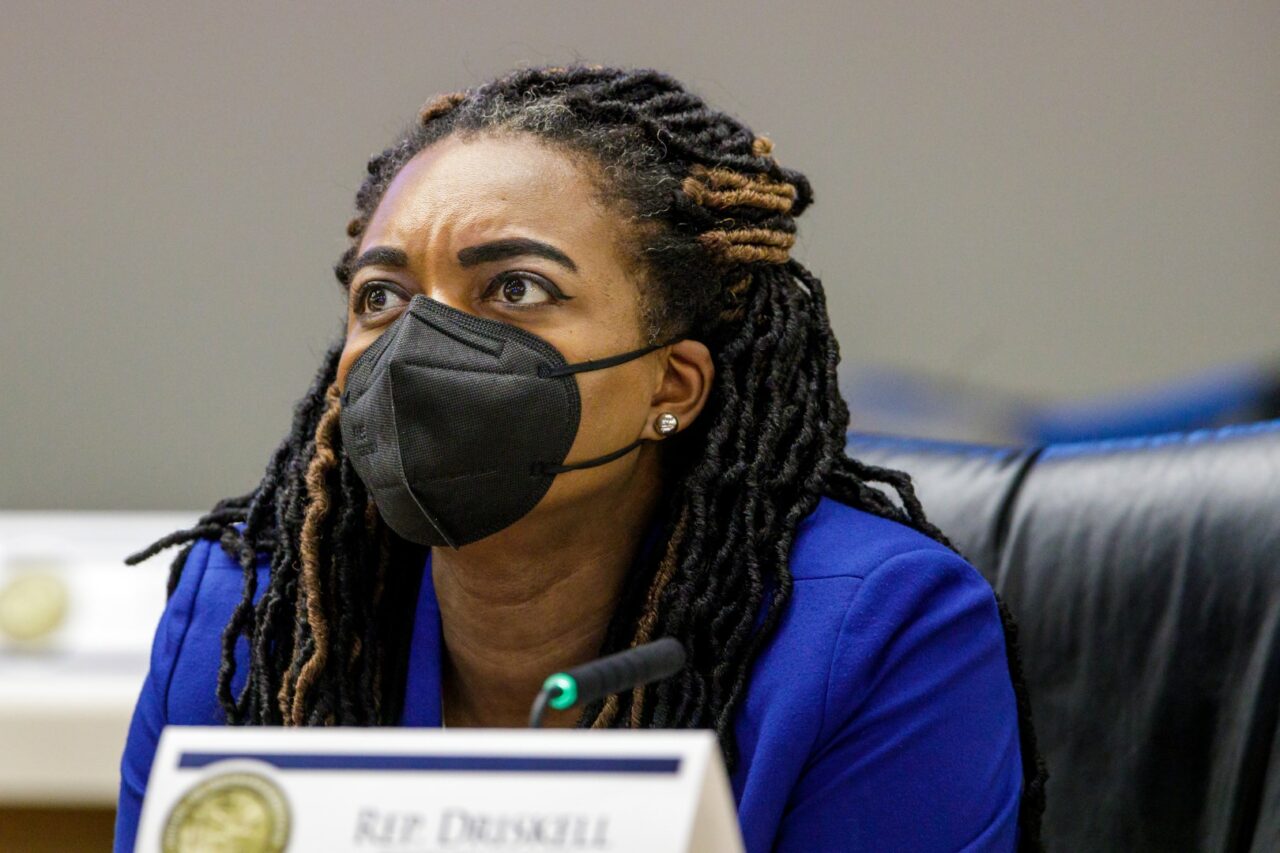 'I think this is a politically motivated and calculated move on behalf of the Governor to promote his own ambitions of running for President.'

Democrats are lining up in opposition to Gov. Ron DeSantis‘ call for a Special Session to prohibit vaccine mandates in response to upcoming federal requirements, calling it the latest move on his unofficial campaign.

When the Legislature gavels in, anticipated during November, Democratic lawmakers will be on the front lines battling what they called an anti-business and anti-science move from the Republican Governor. DeSantis announced his plan to call a Special Session Thursday morning.

“As legislators, we are charged with a duty to protect the health and well-being of our residents and denying businesses the freedom to decide the best protocols is outrageous and out of line with our American values,” top Senate Democrats, including Minority Leader Lauren Book, said in a statement.

While DeSantis penciled in the Special Session for November, he has not relayed specific dates to Senate President Wilton Simpson or House Speaker Chris Sprowls. Neither has he issued the formal proclamation outlining the Session, including what bills will be on the table.

During a press conference Thursday, House Democratic Policy Chair Rep. Fentrice Driskell said she and her Democratic colleagues were shocked and taken aback by the Governor’s move. Sprowls’ memo saying he was still in communication with the Governor’s Office over dates suggested to her that he was similarly unaware of the plan.

“That actually to me suggests that there’s a departure from the way that things have been going, or perhaps that this Governor just feels so emboldened and so ambitious that he doesn’t think that he has to check in with the House or with the Senate on the moves that he takes,” Driskell said.

DeSantis’ move comes in advance of federal guidelines coming soon from the U.S. Occupational Safety and Health Administration. President Joe Biden has outlined that the plan would include weekly testing for those who decline to get vaccinated.

However, a later statement from Simpson and Sprowls outlined the possibility that the Legislature could withdraw from OSHA and create its own agency.

Disney World has implemented some of the policies DeSantis has targeted, including masking and employee vaccine mandates, noted House Minority Leader-designate Ramon Alexander.

“I want my kids to be able to see Minnie and Mickey Mouse,” he said.

While Disney is still operating, Comedian Patton Oswalt canceled his Florida gigs because venues could not ask audience members for proof of vaccination.

Agriculture Commissioner Nikki Fried, a Democratic member of the Florida Cabinet and candidate for Governor, released a statement saying DeSantis’ move provides a platform for “extremists.”

“I once again call on the Governor to abandon his reckless anti-science and anti-Biden crusade that only serves his political ambition at the cost of further taxpayer-funded lawsuits, economic disruptions, and the lives of Floridians,” Fried said.

Orlando Democratic Rep. Anna V. Eskamani told Florida Politics she stops short of calling people who believe misinformation “extremists.” But people in power are exploiting others with misinformation at a time when the public traditionally looks toward officials like the Governor, she continued.

DeSantis’ opposition to lockdowns, mandates and Biden has helped propel him to the national stage. While he still faces reelection next year, he has emerged as a potential frontrunner for the 2024 Republican presidential nomination if former President Donald Trump stays out of the race.

Texas Gov. Greg Abbott is also considered a Republican 2024 contender. He has also ridden the contra-Biden position to the national stage.

DeSantis and Abbott have been engaged in a “race to the bottom,” Eskamani said, over the pandemic and issues like immigration and abortion. Democrats all linked the Special Session to what they say is the Governor’s campaign, possibly for president.

“I think this is a politically motivated and calculated move on behalf of the Governor to promote his own ambitions of running for President,” Driskell said.

Senate Democrats noted a Special Session would cost taxpayers more than $72,000 per day, which they said could near a total of $1 million.

U.S. Rep. and Democratic gubernatorial candidate Charlie Crist also knocked the Governor for policies that have led to multiple court battles in the last year, including his ban against mask mandates in schools.

“DeSantis is wasting millions of taxpayer dollars on legal fights to tout his right-wing credentials for his presidential bid. And now he’s going to waste more money on a ‘Soft on Covid’ anti-business special session,” Crist tweeted.

“DeSantis proves every day that COVID-19 has no better friend in Florida than the Governor of our state. Calling a Special Session to further hamper efforts to vaccinate our population and to more efficiently deny local governments, schools and businesses the option to adopt prudent health protocols to combat the pandemic goes beyond irresponsibility, it is a full-on assault on our state’s public health and provides more evidence of the Governor’s anti-business and anti-freedom inclinations,” Díaz said in a statement.

“Governor Ron DeSantis continues to make it abundantly clear that his political priorities lie with prolonging the COVID-19 pandemic in order to appeal to an increasingly fringe, unvaccinated audience,” Biel said in a statement. “Instead of advocating for Floridians to get vaccinated, DeSantis is spending his time elevating anti-vaxxers, entertaining conspiracy theories, and endangering lives. His continued failures to address the pandemic in his state is a dereliction of duty. Floridians deserve better than Ron DeSantis.”

“The last thing we need right now is more big government interference that does nothing to address the growing challenges facing the people of our state,” Diamond said.

Slating the Special Session for November possibly interferes with one of the three committee weeks scheduled that month. Lawmakers will already be in Tallahassee for the interim meetings. That is time intended to prepare the Legislature for the 60-day Regular Session that begins Jan. 11, including preparing priority legislation for floor votes.

Lawmakers have held hearings on few, if any, bills after using the first three committee weeks for introductory groundwork. Next month’s committee weeks are the final three meetings and the last opportunity for lawmakers to get a head start on Session.

nextSupervisors of Elections to elected officials: 'Tone down the rhetoric'