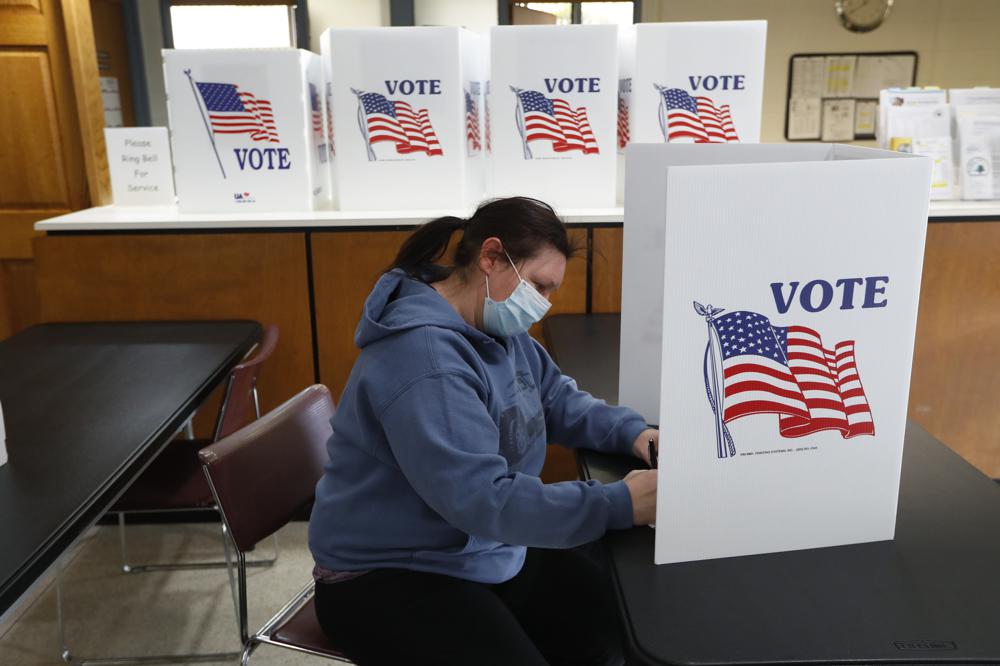 The non-partisan plea comes as Americans express a growing distrust in once-revered institutions.

In an unprecedented open letter, the supervisors warned democracy is under threat. The election system, they wrote, is facing waves of misinformation.

“We ask all candidates and elected officials to tone down the rhetoric and stand up for democracy,” the letter, from the Florida Supervisors of Elections, says. “We ask that you work with us to understand the safeguards implemented to ensure elections are conducted fairly, securely, and accurately.”

The nonpartisan plea comes as Americans express a growing distrust in once-revered institutions, such as government, media and academia. Without naming former President Donald Trump, the letter cites the 2020 Presidential Election as a turning point. Trump has repeatedly questioned the results of the election.

“False claims of fraud do not strengthen our elections,” the collective wrote. “Instead, they degrade confidence in the institutions, and discourage citizen participation in our democracy.”

Though Florida avoided much of the election skepticism projected upon states, including Arizona, some Florida Republicans remain steadfast on calls for a “forensic audit.”

The issue of election integrity, however, isn’t partisan. Stacy Abrams, a former 2018 Democratic candidate for Georgia Governor, publicly disputed the 2018 gubernatorial election results as recently as Monday. She, like Trump, filed lawsuits in the wake of the loss and fundraised off the allegation.

The letter points to former President Abraham Lincoln and the Gettysburg Address in its conclusion. The elections process, the letter highlights, is the cornerstone of a government of, by and for “the people.”

“To this end, we call on officials at all levels of government to commit themselves to the goal of fighting falsehoods and strengthening voter trust,” the letter says. “We can rise to this challenge. Our democracy depends on it.”

The Florida Supervisors of Elections represents all 67 Florida counties. A copy of the letter is featured below. 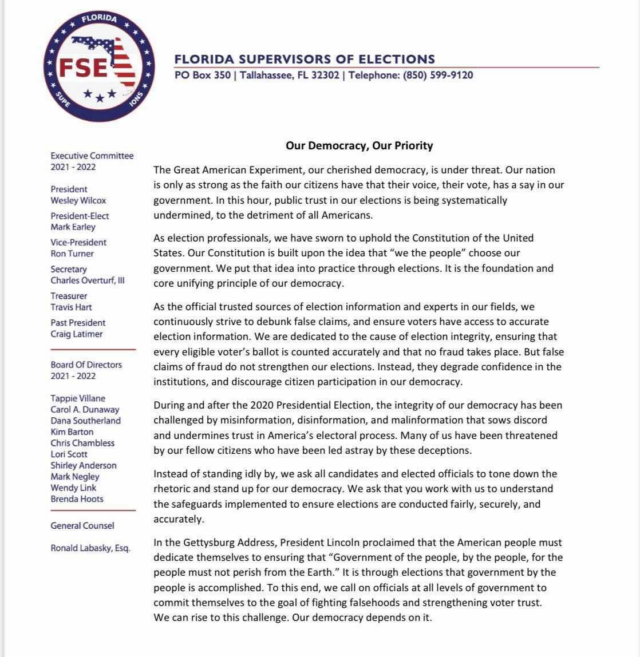