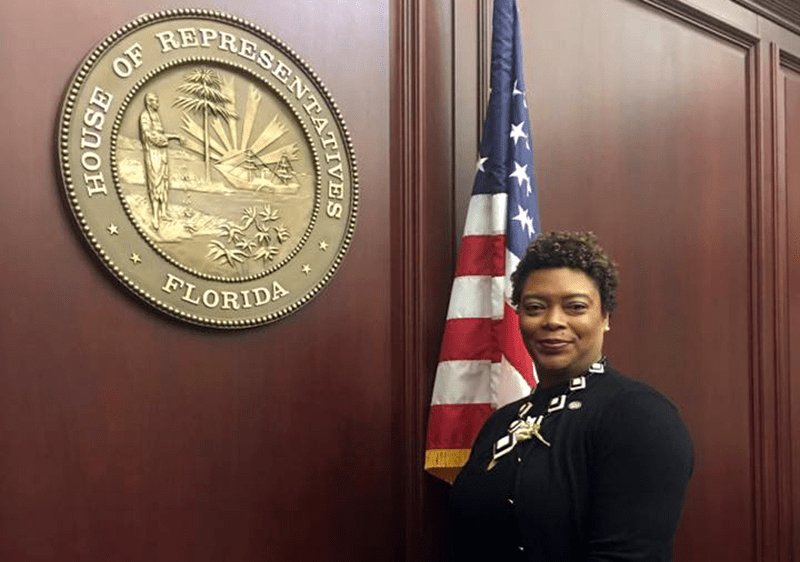 The Jacksonville Democrat said she owned equity in a house, but she didn't.

Rep. Tracie Davis was eager to move on from a “mistake” on a past year’s financial disclosure form, and on Friday, the Florida Commission on Ethics approved a previously mediated settlement deal.

Davis admits to errors on her 2019 Form 6, including once claiming a mysterious $89,000 property interest in a Jacksonville home owned by her mother-in-law that has since been eliminated in revision.

The form has since been corrected, with Davis’ net worth for 2019 now in the negative by more than $11,000 as a result of that and other modifications regarding itemizing credit card and student loan debt.

And while the matter will ultimately be moved to House Speaker Chris Sprowls for potential action, Friday’s commission meeting at least hammered out a deal and a cure for bad documents. Davis will suffer no penalty from the Ethics Commission for the misfiled form.

Earlier this week, the legislator addressed the issue, saying she was ready to get back to work and put the Form 6 issue behind her.

“My focus is on ensuring that as we round the curve of COVID-19, we get Floridians back to work, that we keep our residents in their homes, and that our children feel protected in school. Although some want to focus on mistakes, my focus is on the bigger picture — the people of Florida,” Davis said.

The complaint came from Orange Park private investigator David Hodges, who excoriated what he saw as gaps in the Ethics Commission’s investigative process in a letter to the panel that apparently had no effect. Hodges says he’s refiling the complaint.

“Surely a graduate of the University of North Florida and now a state Representative should be able to fill out a Form 6 completely and correctly,” Hodges harrumphed, wondering in the letter why investigators didn’t probe the $89,000 represented as being used to buy the property.

Davis’ 2020 net worth shows her liabilities exceed her assets. It was represented on the current form as -$7,523.

Davis is in her last year as a member of the Florida House. She is running for the Senate seat held by political mentor Audrey Gibson, who is term-limited. Davis will have competition in the Democratic Primary.

Jacksonville City Council member Reggie Gaffney, a Democrat in his second term, raised just over $44,000 in September between his campaign account and political committee, Friends of Reggie Gaffney.

He raised roughly $330,000 after just under three months as an active candidate, all of that time with a head start against Davis.

Gaffney has faced questions of his own about ethics and financial dealings. The second-term Council member has dealt with legal scrapes in the past ranging from Medicaid over-billing (an issue in the campaign) to double dipping on homestead exemption claims (an issue while in office).