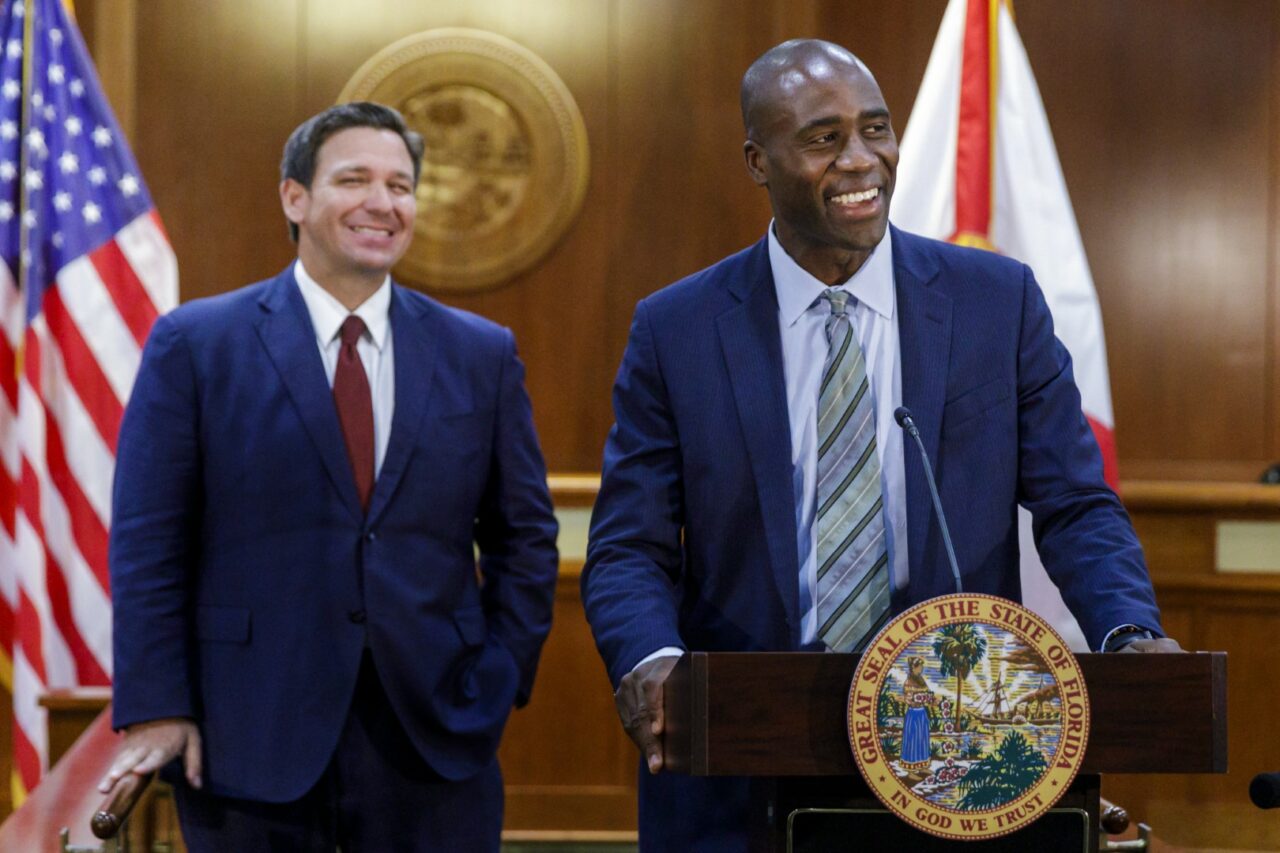 The Governor turned a public health official into just another political hack.

The appointment last month of Joseph Ladapo as Florida’s Surgeon General incited a rapid and unprecedented backlash for someone in that position. You might think that is bad, except I’m starting to wonder if it isn’t exactly what Gov. Ron DeSantis had in mind when he put Ladapo in charge of the state Health Department.

In Ladapo, DeSantis has a lapdog who will do exactly what he demands, no matter the consequences. And man, COVID-19 brought this state a lot of consequences. The last thing we need is a taunting quack as the state’s top doc, but it looks like it’s what we have.

Ladapo cast doubt on whether current vaccines are as good as advertised. Look at the survival rate of COVID-19 among fully vaccinated people, and you’ll see that they are.

In other words, DeSantis used Ladapo to troll critics of his COVID-19 policies, particularly when it comes to masks. Once again, DeSantis is playing politics with a deadly virus.

However, it blew up in DeSantis’ face over the weekend. It happened when Ladapo and two aides stepped way, way, way over the line.

While meeting with Sen. Tina Polsky at her office, Ladapo ignored Polsky’s request that he and the aides wear masks. She has stage 1 breast cancer and is about to begin radiation treatment for the disease.

“He just smiles and doesn’t answer. He’s very smug,” Polsky told Christine Sexton of Florida Politics. “And I told him several times, `I have this very serious medical condition.’ And he said, ‘That’s OK,’ like it basically has nothing to do with what we are talking about.”

Finally, she asked them to leave, but Polsky added that Ladapo gave her a zinger on his way out the door.

“Sometimes I try to reason with unreasonable people for fun,” he said.

That should be the end of his brief and belligerent career at the Department of Health. Ladapo showed a startling indifference to Polsky’s health concerns — he is a doctor, right?

And if he doesn’t care about her health, Ladapo should at least have had the decency to keep in mind that First Lady Casey DeSantis recently was diagnosed with the same disease Polsky has.

The reaction was swift — well, not so much from the Governor, as far as we know — and blistering. There were calls for lawmakers to reject Ladapo’s appointment (the Senate still has to approve it formally), but Republican Senate President Wilton Simpson spoke the loudest.

“What occurred in Senator Polsky’s office was unprofessional and will not be tolerated in the Senate,” he wrote in a memo to all senators and staff.

“While there is no mask mandate in the Senate, Senators and staff can request social distancing and masking within their own offices. If visitors to the Senate fail to respect these requests, they will be asked to leave,” he wrote.

Simpson also said what should be obvious but apparently wasn’t to Ladapo.

“It shouldn’t take a cancer diagnosis for people to respect each other’s level of comfort with social interactions during a pandemic.”

This gaffe should be unrecoverable.

It makes us long for the good old days of former Surgeon General Scott Rivkees. We rarely heard from him again after he said that, yep, masks help prevent the virus from spreading.

By hiring Ladapo, DeSantis has turned a public health official into just another political hack to overpower those on the other side of an issue. If that sounds like something what’s-his-name from Mar-a-Lago would do, well, you wouldn’t be wrong.

By the way, there’s this little nugget to fill out the story.

In the news release announcing Ladapo’s appointment, DeSantis noted, “Dr. Ladapo comes to us by way of the David Geffen School of Medicine at UCLA with a superb background.”

Normally, a school would celebrate that one of its former associate professors received an appointment to such a high-profile position. Not this time, though.

Apparently, however, the school wants nothing to do with Ladapo and removed his name and biography from its websites shortly after his introductory news conference.

DeSantis would be wise to do the same.