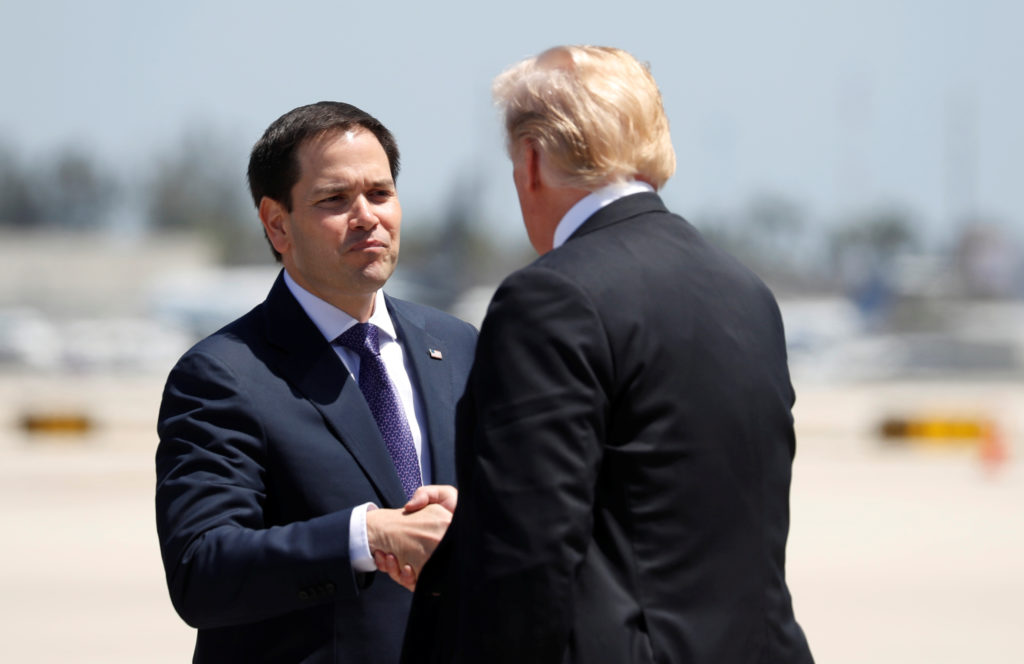 A former campaign adviser to U.S. Sen. Marco Rubio regrets having worked for him, saying in a recent interview that watching Rubio and others kowtow to former President Donald Trump has been “one of the monumental disappointments” of his life.

Author, historian and foreign policy analyst Max Boot sat down for an interview on PBS last week to talk about changes to the Republican Party — changes, he said, representing “an existential threat to democracy.”

Boot, who served as foreign policy adviser during the presidential campaigns of Rubio, John McCain and Mitt Romney, lamented events that have occurred over the past year, including former President Donald Trump’s “unprecedented” refusal to accept defeat in the 2020 Election and the Jan. 6 riot at the U.S. Capitol.

“You would think after Donald Trump had shown that he was willing to destroy American democracy in order to stay in office, you would think that at that point the Republican Party would disassociate itself from Donald Trump, but of course that is not what has happened in the many months since then,” he told Amanpour & Co. host Walter Isaacson during an Oct. 22 video interview (viewable below). “Instead, those who question or criticize Donald Trump are being driven out of the party.”

Booth pointed to U.S. Rep. Liz Cheney’s ouster from her leadership post in May, which came after she had rejected for months Trump’s claim that the election had been stolen and supported an investigation into the Jan. 6 insurrection.

“That places her in a distinct, very small minority within the Republican Party, because the rest of the Republican Party has basically gone along with Donald Trump,” he said, citing a recent poll that found nearly 80% of the GOP want to see Trump run again in 2024.

Boot and Isaacson moved onto other subjects, including Boot’s horror at the Republican Party embracing conspiracy theories and his relatively new status as a single-issue voter — he has vowed to vote only for candidates who reject authoritarianism, which “in practice means voting for Democrats because unfortunately, at this time, we can’t count on Republicans to uphold our democracy” — before landing on the subject of Rubio, whom he advised in the 2016 Presidential Primary.

“That’s one I regret,” said Boot, who hasn’t been shy in the past about bashing his former employer.

Isaacson asked him to elaborate.

“This has been one of the monumental disappointments of my life, (that) a lot of people in the Republican Party that I once believed in have failed the test of Trump,” Boot said. “They have failed the character test of Trump, including folks like (former Romney running mate and Speaker of the House) Paul Ryan, but also certainly Marco Rubio, who I thought stood for something better in 2015 and 2016, and I remember when I was cheering him on when he was saying there was no way somebody like Donald Trump should be allowed to get his hands on our nuclear weapons. He was saying that Donald Trump is unqualified, unfit to be President, and I applauded that, so I was shocked when he endorsed Donald Trump.

“And now he’s become more Trumpy over time, and he actually is emulating Trump and a lot of his cheap-shot attacks on the media. Basically, I just think that he sees it as to his political advantage to be Trump’s lickspittle, which is probably true in Florida and certainly true in Republican politics. But it’s disappointing to see.”

Romney, conversely, passed the “Trump test” by rejecting the former President’s style of politics and voting twice to impeach him, said Boot, now a columnist for the Washington Post covering national security.