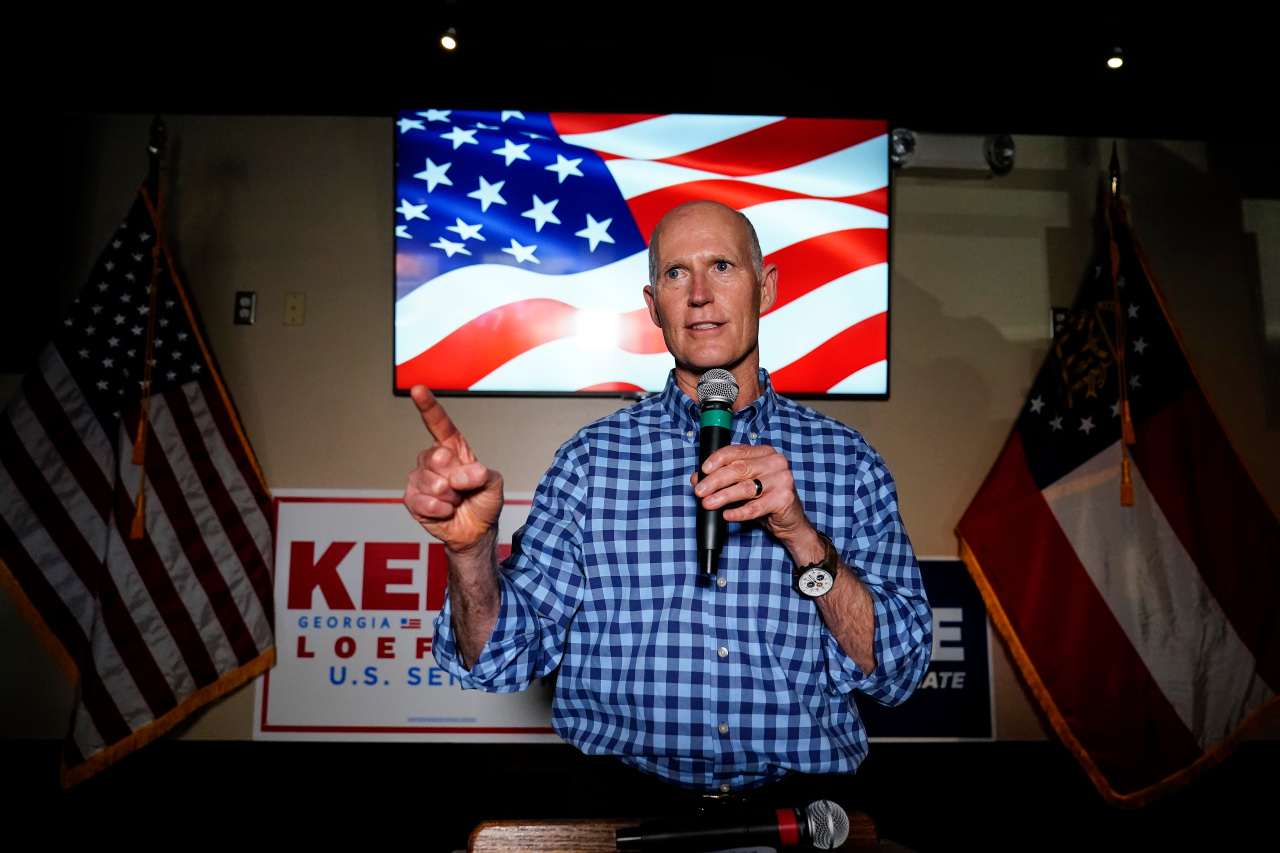 All signs look promising for the Senate run of former Georgia Bulldog great Herschel Walker. His alma mater is No. 1 heading into the game with Florida in Jacksonville.

But while Walker has a lot of support, one potentially helpful Senator is staying on the sidelines ahead of next year’s primary.

On Fox News Radio Tuesday morning, Sen. Rick Scott demurred when asked if he would support Walker. The gridiron great is the preferred candidate of former President Donald Trump and members of Republican leadership, including South Dakota Sen. John Thune.

Yet despite such key backing, Scott stuck to his position that he and the National Republican Senatorial Committee that he chairs will stay out of Republican Senate primaries this cycle.

“I’m not going to get involved in any primaries,” Scott told host Brian Kilmeade. “I love all Republicans. I want them to go fight in primaries like I had to do in 2010. Prove you’re the best candidate.”

Scott asserted his belief that “the people of Georgia will pick the best candidate,” as in other states with primaries.

Since taking the helm of the NRSC at the beginning of the year, reporters have pressed Scott on whether his committee would expand its focus from promoting nominees to helping pick them. The Senator has been steadfast, saying he would not “mediate” internal party conflicts. And he won’t budge on the Walker question pre-Primary.

Ultimately, the question may resolve itself. One poll has 75% of Republicans surveyed backing Walker, with no other surveyed candidate getting more than 6%.

Walker has shown signs of potentially matching the formidable fundraiser who holds the seat, Democratic Sen. Raphael Warnock, who won a Special Election earlier this year.

The Republican has raised nearly $4 million in a still nascent campaign, the best numbers in the Primary field, but still behind Warnock, who hauled in a record-setting $9.5 million in Q3. The Hill reports that Warnock had over $17 million on hand in his most recent campaign finance filing.

Though Scott is sitting out, Florida Republicans will be fundraising for Walker later this week. Walker is the guest of honor at what is billed as a “private dinner” on Friday.

Dinner hosts include Jacksonville Mayor Lenny Curry, a former chair of the Republican Party of Florida; and Kent Stermon, the COO of Total Military Management and someone who has close political and personal ties to Gov. Ron DeSantis.

previousRandy Fine: Children are victims of school boards, not the other way around

nextWith one week until Election Day, 15% of St. Pete voters have cast a ballot