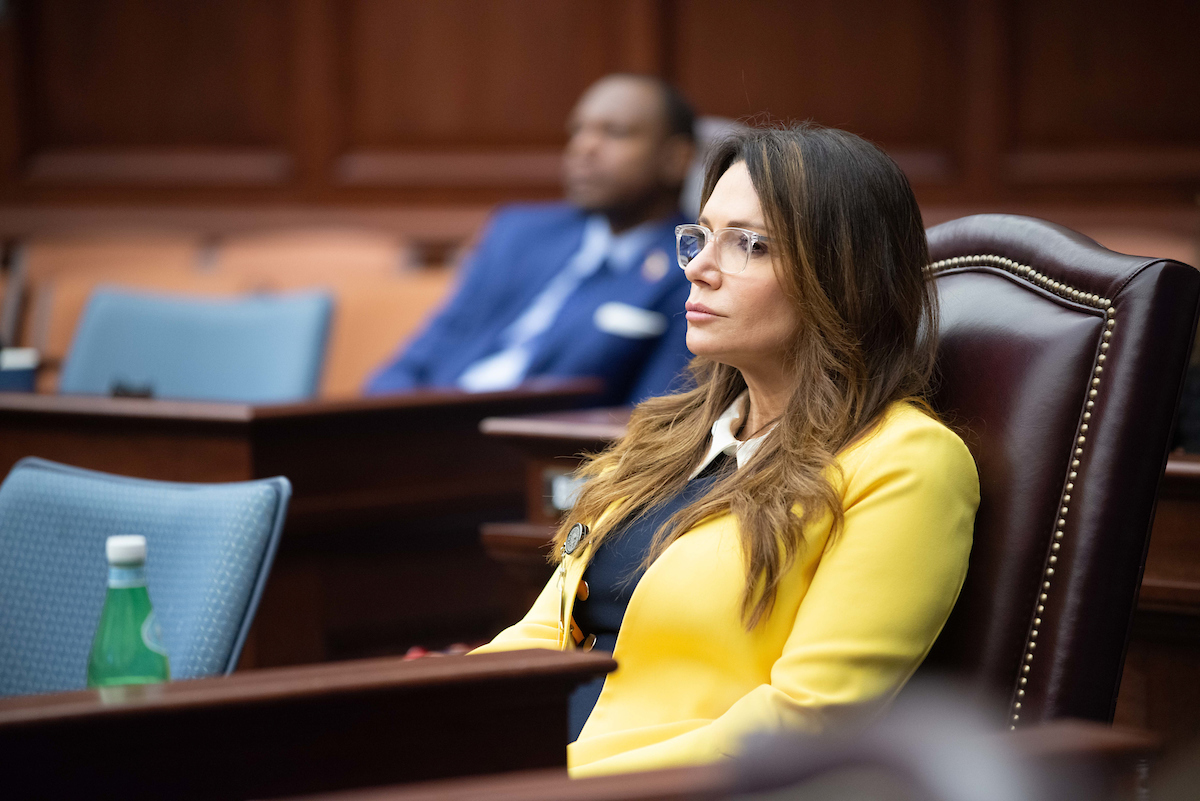 The man-made islands are rife with man-made trash. They're also eroding due to illegal activity.

It’s no secret Biscayne Bay is in trouble, and Sen. Ileana Garcia is now working with Miami-Dade County Chief Bay officer Irela Bagué to address one issue that has grown worse since the onset of the COVID-19 pandemic: the deterioration of state-owned spoil islands in the bay.

The remnants of past bay dredging, spoil islands are small, manmade land masses in the bay. Many today function as miniature beaches and parks complete with sand, mangroves and sea grape, among other native flora, attracting boaters, jet skiers and other aquatic pleasure seekers, as well as an overflow of garbage and debris.

The short-term solution to the island trash problem devised months ago by Bagué and the city of Miami, one of the municipalities in Miami-Dade to which the spoil islands have been deeded, was to double the number of weekly trash pickups.

But that’s still not enough, and it does nothing to prevent island erosion and physical damage illegally grounded and tethered vessels are causing.

Far more work needs to be done — and funded — said Eduardo Tamborrel, Garcia’s legislative aide, who confirmed the Republican Senator has been trying to secure additional funding to maintain and improve the islands.

“The municipalities that are managing the islands, there needs to be more financing,” he told Florida Politics. “One of the things the Senator is doing is seeing how she can facilitate helping with the financing of the organizational aspects.”

In mid-August, Garcia participated in a workshop Bagué hosted to review the spoil island contracts deeded to Miami and other cities. Much of the workshop focused on curbing illegal charter vessels and livery operations.

“Vessels that are illegally grounded or tied to trees are contributing to erosion and physical damage on the spoil islands in Biscayne Bay,” Garcia said in a written statement. “We must do all we can to protect and preserve these tranquil islands that provide our residents and visitors the opportunity to enjoy Florida’s unique natural resources away from the hustle and bustle of Miami’s dynamic urban environment.”

To that end, Bagué said, locals and visitors must do their part to maintain the islands and cease “illegal activity, excessive use, irresponsible behavior, and a blatant disregard for nature and our unique wildlife.”

“We must all take responsibility and treat Biscayne Bay and these spoil islands the same as we would our backyard, “she said in a statement, adding that the county is working with Garcia, law enforcement and local governments to increase enforcement and prohibit certain uses on the islands. “For decades, Miami-Dade County has spent millions of taxpayer dollars to restore these natural areas and pays weekly for removing trash and debris left behind.”

Biscayne Bay faces myriad other problems, including seagrass die-off, a record number of manatee deaths this year and repeated, devastating fish kills in the bay caused by wildly fluctuating temperatures and algal blooms.

There’s also the increased toxification of the bay due to numerous sewage spills, leaking septic tanks — a multibillion-dollar problem for Miami-Dade County — and stormwater runoff flooding the bay with fertilizer, plastics and other pollutants. A lack of fresh water is also causing the waterway to suffer from “hyper salinity,” Bagué wrote in a nearly three-year-old Miami Herald op-ed.

Over the last several years, Garcia’s office said, the Florida Senate has made “unprecedented investments” in Florida’s natural resources, including Biscayne Bay.

That included legislation in April, which Garcia championed, to establish a nine-member Biscayne Bay Commission to oversee public projects and bay rehabilitation.

In the 2021 Legislative Session, Garica secured $36 million for coastal resilience and Biscayne Bay — $20 million for bay restoration and preservation projects and $16 million in resiliency grant funding for South Florida.

Boat propeller scarring is a “major threat” to seagrass beds, causing permanent scarring in some cases and destruction in worse ones, according to the Florida Department of Environmental Protection.

“We’ve lost a lot of seagrass in the bay,” Tamborrel said.

Collision with watercraft also accounts for up to 25% of reported manatee mortalities, the Florida Fish and Wildlife Conservation Commission found. And when the peaceful sea creatures don’t die from a collision, they can still suffer sharp and blunt force trauma with lifelong effects.

In a 10-year study, only 4% of manatees the Fish and Wildlife Research Institute came across were without watercraft-related scars.

“It appears exceedingly rare for an adult manatee to not be struck multiple times in its life,” the organization said. “(Manatees) are subjected to more sublethal watercraft strikes than any other studied marine mammal and it underscores the need for continued long-term vigilance in conservation actions in Florida.”