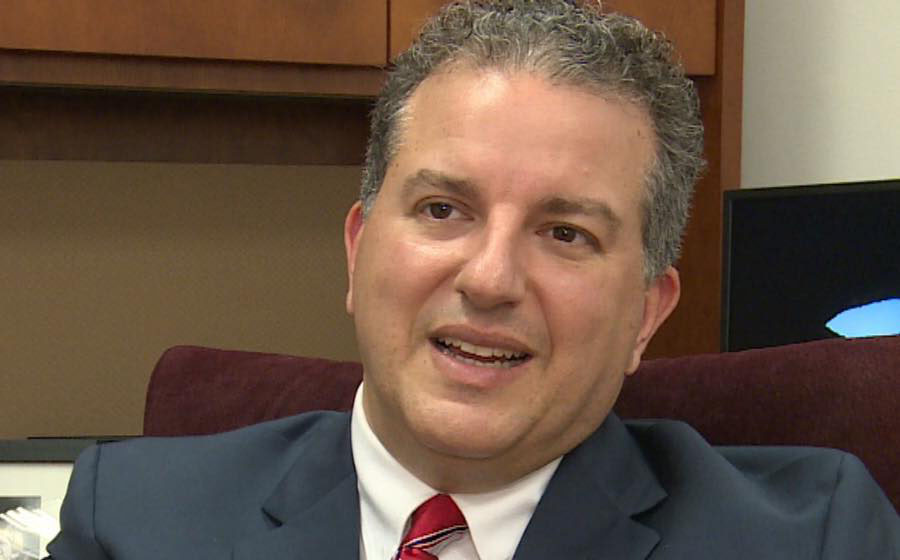 'And now it's going to be that much more of a challenge to have Christmas.'

Florida’s Republican leadership continues to pressure President Joe Biden on breakdowns in the supply chain that have left cargo ships full of goods lingering at ports for weeks without being offloaded.

On Thursday morning, Chief Financial Officer Jimmy Patronis urged Biden to “flex some muscles” regarding finding a solution to the stalled cargo … or else Christmas could be ruined.

“I don’t know why the President doesn’t just flex some muscles, offer up some other ports to do the jobs, and not take a chance of ruining Christmas,” Patronis said during an appearance on Fox and Friends First.

When asked why more ships aren’t leaving the ports where they wait to offload cargo at Florida ports, all of which have capacity, Patronis blamed the President.

“The President, his only solution is, we’ll make the crews work 24 hours a day. That’s not going to cut it,” Patronis said, suggesting that truckers are balking at mandatory COVID-19 vaccine shots.

“And now you see this vaccine mandate. Companies like J.B. Hunt are saying ‘You know what, my truckers are going to push back.’ It’s just going to exacerbate the situation. And now it’s going to be that much more of a challenge to have Christmas,” Patronis added.

“You look at companies like Home Depot, Walmart, Target. They’re making their investments in their own ships because they can’t count on the solutions coming out of the Biden administration,” Patronis contended.

Florida’s elected officials have pushed Florida ports, which have seen a flood of capital investments during both the Rick Scott and Ron DeSantis administrations, as a solution to port snarls in California and elsewhere for weeks now.

The Christmas season has been the narrative peg for DeSantis, just as it was for Patronis in the Thursday interview.

“We are going to make sure Americans get their Christmas gifts this season,” DeSantis said at JAXPORT on Oct. 19.

Despite such assurances, Florida’s bid to save the holiday season is still a work in progress.