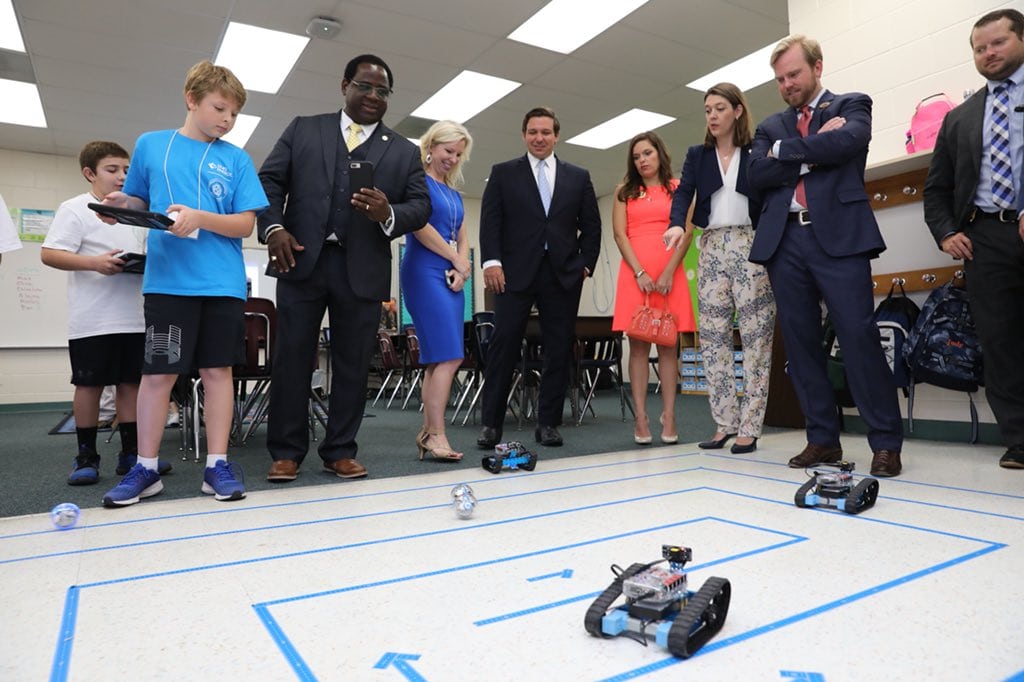 ExcelinEd says Florida's education, training and workforce systems are finally speaking directly to each other.

Florida could be a national leader in aligning students’ careers with employers’ needs, according to a report from education advocates.

As a follow-up to its nationwide Pathways Matter report detailing the “continuum” between education and employment, ExcelinEd on Friday released a Florida-specific report calling the state a new national leader after it made significant steps to improving the connection between education, training and the workforce.

The report concludes that several policies passed during the 2021 Legislative Session will help create a more unified and high quality workforce system. And the Sunshine State could start seeing positive effects for the upcoming graduating classes.

One measure, the Reimagining Education and Career Help (REACH) Act (HB 1507), was a priority of House Speaker Chris Sprowls to link education and training, workforce readiness, and employer input and engagement. The Legislature also called for a data dashboard to centralize job postings, helping connect students to those positions.

ExcelinEd CEO Patricia Levesque says institutions in Florida and across the country haven’t previously focused on leading people to skills and training that will have them better off than they were before. The REACH Act will help close the gap between what employers want and the skills people learn in school, she added.

“For the first time in Florida, we’ve got three different delivery systems that are attempting to row in the same direction, providing training that aligns and builds from one to the other so that individual, wherever they are in those systems, doesn’t get stuck,” Levesque said.

Establishing the REACH Office wasn’t the only measure to strengthen the connection between education and the workforce. Within the REACH Act, lawmakers approved the Money-Back Guarantee Program requiring that tech schools select at least three training programs that they guarantee will help land students a job within six months or get their money back. Another program would incentivize students to take classes in in-demand fields by giving them 50% off tuition for those courses during their junior and senior years.

“There’s nothing worse than getting an education and finding out whatever you were receiving instruction in that it really was a dead end, it was not going to lead you to a successful opportunity, or there were no actual jobs available for what you were preparing for,” Levesque said.

Former Gov. Jeb Bush founded ExcelinEd in 2008 to promote education policy. April marked the first time the organization released a “Pathways Matter” report, but it plans  to make it a recurring project over the next five years.

Florida’s schools have been moving up the national rankings in recent years. Last month, U.S. News and World Report ranked the University of Florida the number five public university in the nation, the first time a Florida school has broken into the top five. Florida’s K-12 schools have also been improving over the last two decades.

“We must break the cycle of focusing on individual institutions and programs and instead implement learner-centered policies to create education-to-workforce partnerships across our state,” Yarborough said.

Melo added that the state needs to do more to align employers’ needs with workers’ skills.

“The global economy is changing, and it is incumbent on us to remove old barriers that silo students and limit opportunity,” she said.

Having the workforce programs in place before the pandemic could have potentially helped mitigate the current workforce shortage some industries are experiencing.

“Can you imagine having the data that would be much more timely data, timely information on labor market demands and needs and having a full accounting of what you are already providing that was already aligned to that?” Levesque said. “If those systems had been in place, yes, I think Florida or any state would have been better positioned.”

Associated Industries of Florida CEO Tom Feeney similarly noted that the pandemic has expedited the speed of the changing needs in the workforce.

Levesque also hopes to bring general awareness to the initiative. Education and workforce measures largely went unnoticed during the Legislative Session, when the pandemic and other issues took center stage. Buried in the news cycle were the improvements like a new data system, shared definitions and a strong master credential list.

“It’s complicated, and the systemic fixes are things that aren’t as flashy,” Levesque said.

One flashy proposal that never materialized during the 2021 Legislative Session would have tied Bright Futures Scholarship to the job prospects of awardees’ areas of study. Lawmakers dropped that plan after pushback from students.

The report also outlines next steps for Florida, including creating an online tool to provide businesses, schools, employees and students with middle- and high-wage career opportunities. The report also calls for prioritizing traditionally underserved learners and promoting initiatives like the Money-Back Guarantee Program.

“Our college system looks forward to working even more closely with learners and employers to help each student find the best path to economic prosperity,” Pumariega said.