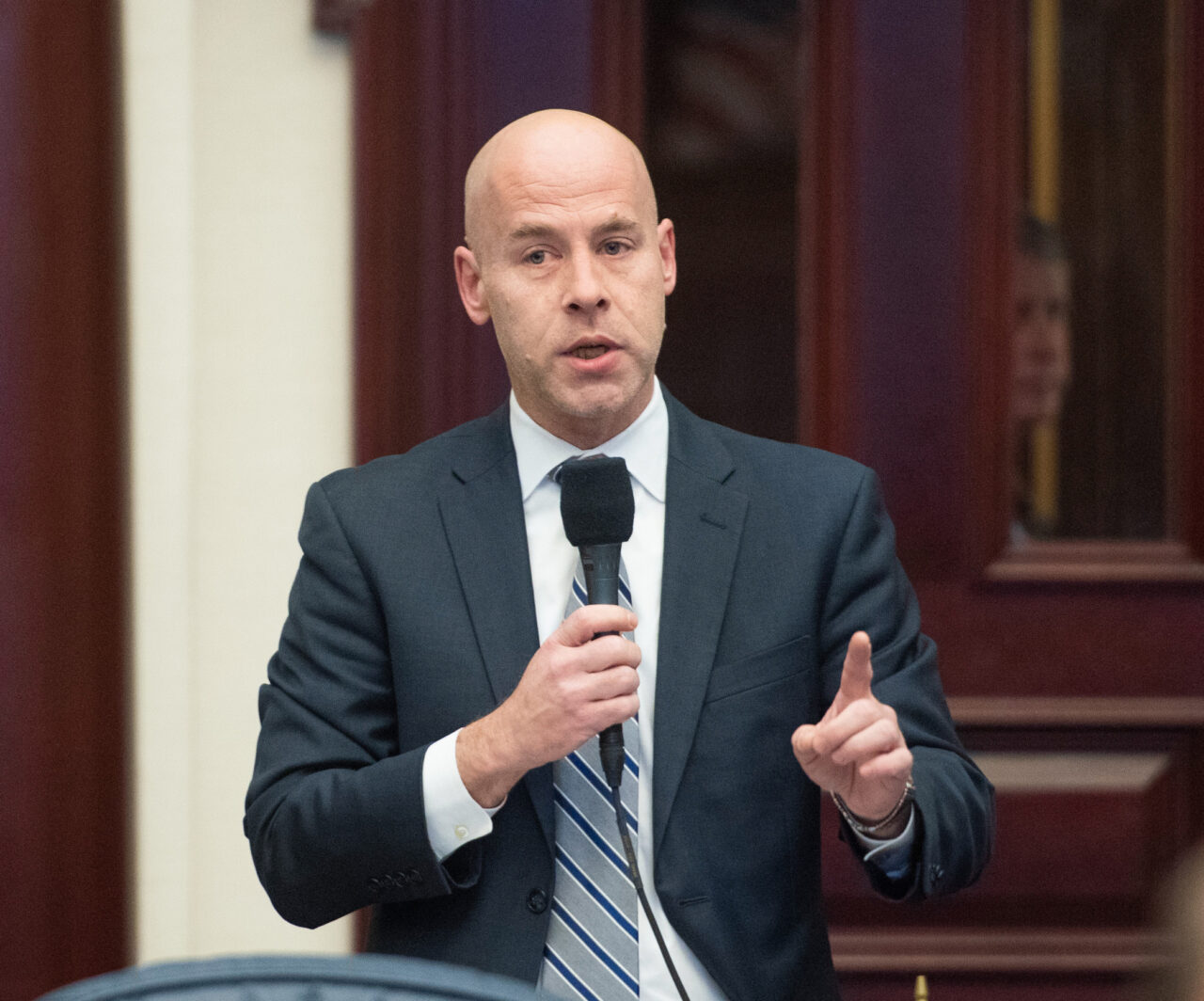 'You got a toddler in a crappy diaper, trying to make a mess and trying to smear crap on the walls.'

House Minority Co-Leader Evan Jenne emerged Monday as an unlikely ally of House Speaker Chris Sprowls, chastising one of Sprowls’ critics as a lawmaker with a “crappy diaper.”

When asked by a reporter, Jenne defended Sprowls against claims the Republican leader is a RINO — an oft-used acronym standing for “Republican in name only.” He also lashed out at those espousing the notion, including Republican Rep. Anthony Sabatini.

“If you think Chris Sprowls is a RINO or some Democrat in disguise, you are way, way, way off the mark,” Jenne said. “Way off the mark. I would go back and just look at last Session. I would call last Session aggressively conservative in its viewpoints.”

Sabatini, a congressional candidate, is among the leading Sprowls critics. Tension between the pair reached a boiling point in September after Sprowls relocated the Lakeland County lawmaker to a basement office.

“RINO Speaker of the House in Florida, beta Chris Sprowls (the guy who kills the Pro-Life, Pro-2A and E-Verify Bills each year) moved my legislative office because he’s BIG mad I call him out,” Sabatini tweeted after the move. “This year I’m filing a mental health and wellness Bill to help fragile people like Sprowls.”

The aforementioned tweet is one of many attacks alleging Florida’s top House Republican lacks a conservative core. And though the tweets do indeed gain traction on social media, Sabatini is seemingly a chorus of one within the Legislature.

“People do things like this to cover up from the fact that they’re not very good at their job,” Jenne said.

Without naming Sabatini, Jenne tore into those hurling insults at the House Speaker. They, Jenne said, are unable to garner press attention on “the merit of their work” and instead “flop on the floor” like a child.

“You got a toddler in a crappy diaper, trying to make a mess and trying to smear crap on the walls,” Jenne said.

A candidate in Florida’s 7th Congressional District, Sabatini on Sunday attended a “Nightmare on RINO Street” event in Orlando. The GOP Primary winner in his race will face incumbent U.S. Rep. Stephanie Murphy.

Sabatini has flied several proposals ahead of the 2022 Legislative Session, including a measure that would launch a “forensic audit” of the 2020 General Election. Another proposal, meanwhile, would prohibit local law enforcement from assisting U.S. Capitol Police within state lines.