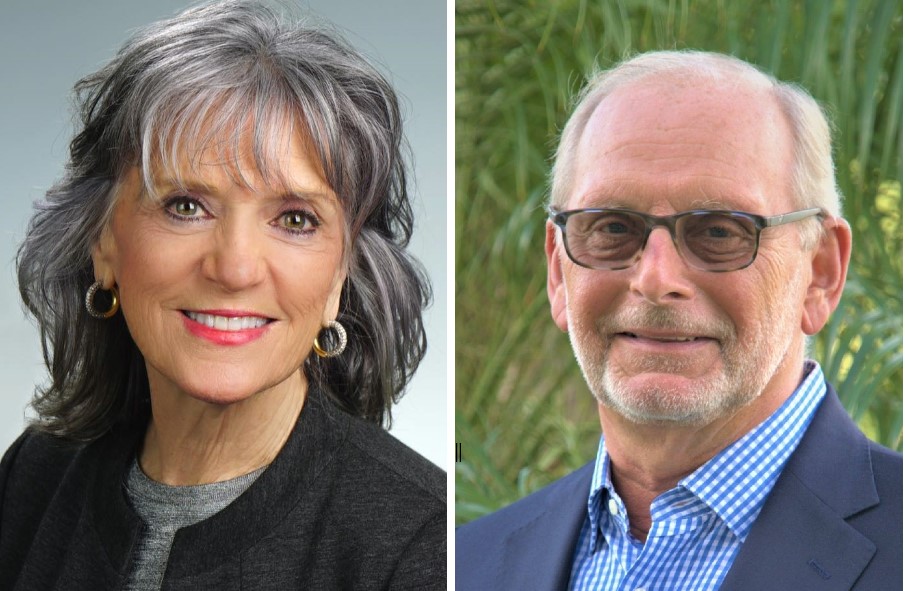 The Republican Party of Sarasota campaigned for both winners.

Venice City Council member Helen Moore won reelection to her seat, and Jim Boldt will join her on the board.

Moore defeated challenger Sandy Sibley with 55% of the vote, according to unofficial results from the Sarasota County Supervisor of Elections Office.

Boldt, meanwhile, came out on top in a three-person field for the open Seat 4, with 50% to Jennifer Lewis’ 40% and Chris Simmons’ 10%. The City Council member-elect will succeed retiring Vice Mayor Rich Cautero.

The election had become a partisan affair, with the Republican Party of Sarasota backing Moore and Boldt while the Sarasota Democratic Party supported Sibley and Lewis.

“Our teams are motivated to get our Republicans reelected,” Brill said, “and we’re going to get the (Sarasota County) School Board back.”

Boldt touted his business background as a chief qualification.

“That I have owned five businesses in four different industries makes me uniquely qualified for the Council seat,” he said. “The Council deals with so many different aspects of the city, a broad background will be very helpful. We have a well-run city that we should be proud of, staffed with well-qualified staff.”

In coming years, he said, Venice needs its infrastructure to keep up with continued growth. It’s important the city remain financially healthy so there’s no lapse in city services.

“I’m going to listen to what voters have to say and what people have to say,” Boldt said. “They will help us decide the direction of this city.”

Moore defended her seat and with it the planning process that’s been underway several years in the city.

“The voters sent a message about stability and ability, and about actual depth versus soundbites,” Moore said. “It was not about me. It was about the people who care about this town.”

Throughout the campaign, she characterized the debate about land development regulations as faulty explanations to make it seem as if the City Council on its current trajectory wanted to allow much taller buildings downtown. As a former planning commissioner who worked on the city comprehensive plan, and who as a Council member has watched as regulations come to fruition, she considers this a twisting of fact. Anything in the works remains in draft form, she said.

“I’m going to give people the benefit of the doubt and say it’s misinformation and not willful lies repeated like soundbites in the last month of the campaign,” she said.

That seemed a reference to both Sibley and Lewis, who ran on slowing growth. Sibley said she believes those regulations offer a chance to rein in excessive development.

“There are some very important restrictions on building growth that we need to see become law,” Sibley said. “If they aren’t voted in, it will be at least another 10 years before they can be revisited.”

Lewis said it was important to maintain the city’s character.

“Quaint is often the word used to describe our town,” she said. “I want to keep it that way.”

Simmons ran a campaign focused on independent issues, such as improving disabled access in the city.