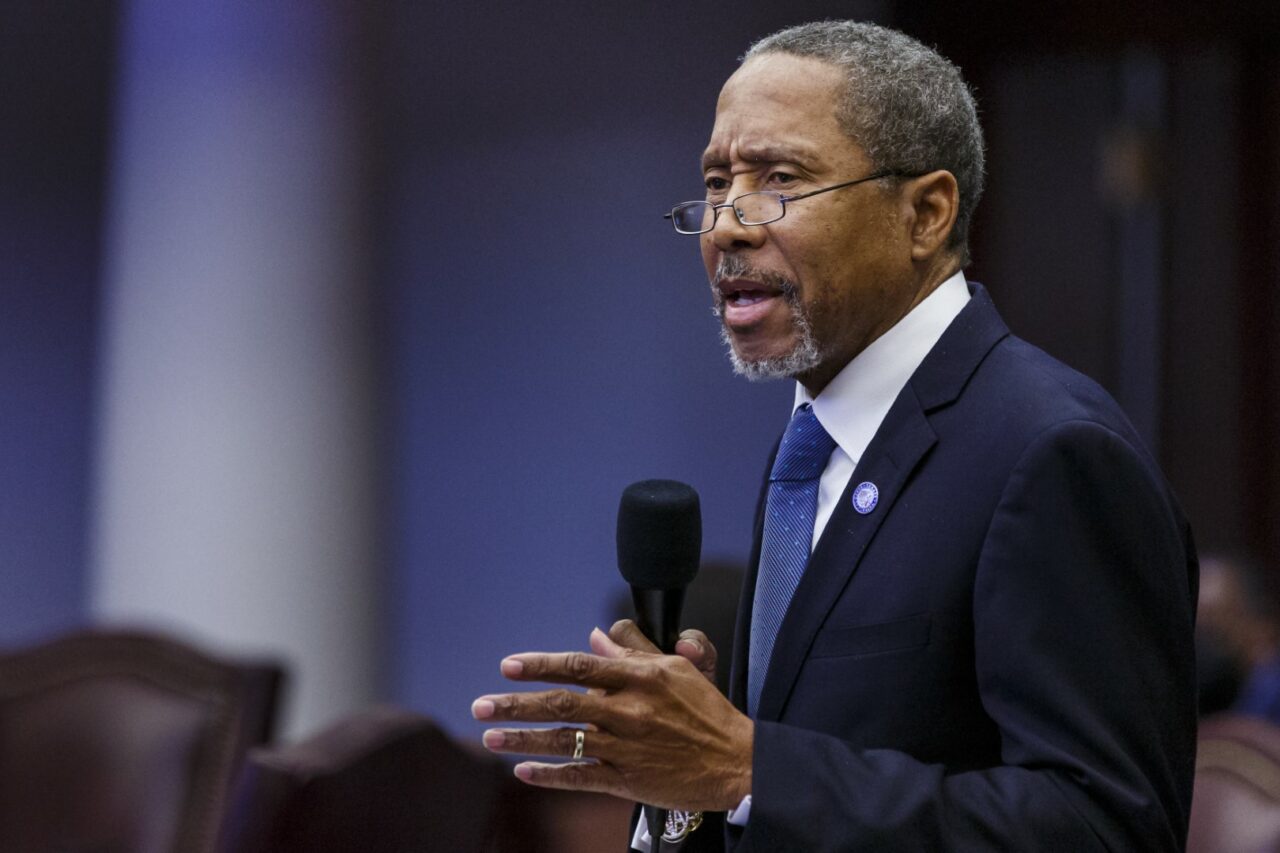 'This bill is about hindsight. It's about equity and fairness in sentencing.'

Lawmakers took the first step Tuesday to allowing reduced sentences for some felony charges to apply retroactively beginning next year.

In the last decade, the Legislature has lowered sentences and removed some minimum mandatory sentences. A bill filed by Sen. Darryl Rouson (SB 276) would allow those serving the previous mandatory time for some charges to be resentenced under the new standards.

“In sum, this bill is about hindsight. It’s about equity and fairness in sentencing,” Rouson told the panel.

As a member of the Constitution Revision Commission in 2017 and 2018, Rouson helped pen the constitutional amendment that allows changes to the criminal code to apply retroactively. More than 62% of voters in 2018 approved the amendment, which also included provisions on immigrants in the country illegally and high speed rail.

“This bill by itself does not … release anybody from prison,” Rouson said. “It creates a procedure, however, that one can follow to see if they’re eligible for a reduced sentence.”

Michelle Rothwell, the mother of a St. Petersburg man who has served 14 years of a 25-year mandatory minimum sentence for trafficking hydrocodone and armed robbery, told the committee her son would have only been sentenced to seven years under the new standards. Danny Knight was 17 in 2008, when he was sentenced.

“My son Danny has been raised by the Florida Department of Corrections instead of at home with his family,” Rothwell said.

Sen. Jason Pizzo, the Miami Democrat who chairs the Senate Criminal Justice Committee, told the panel he put the proposal on the agenda because of cases like Knight’s.

“Something that weighs one fifth the weight of my iPhone, that kid’s life is basically going to be in prison,” Pizzo said. “I don’t think that’s productive.”

It’s not the first time Rouson has carried the proposal or other justice reform measures. Last Session, a similar measure passed two committees before dying in the Senate Appropriations Committee.

The bill now awaits a hearing in the Senate Criminal and Civil Justice Appropriations Subcommittee, its second of three committee stops. The measure would take effect in October.