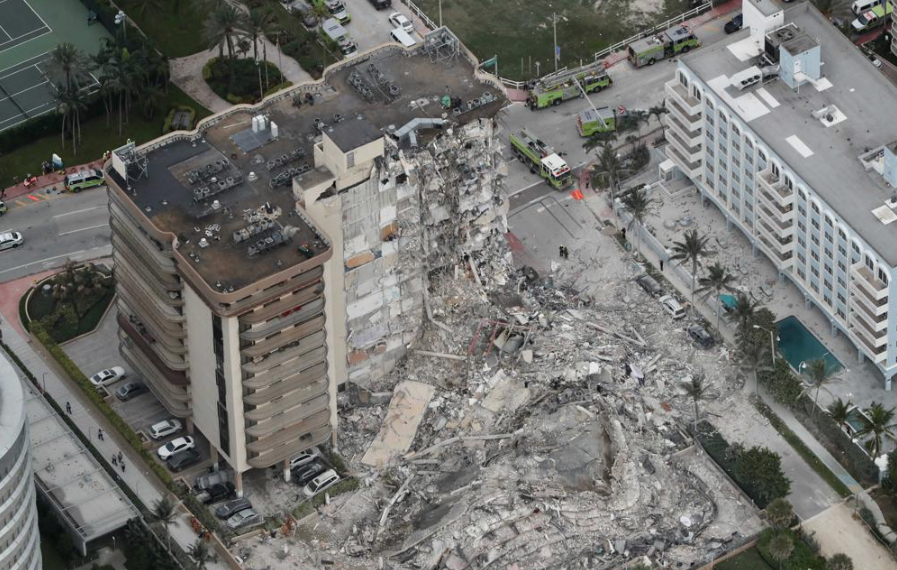 'Residents are paying rent. They’re paying maintenance. And then they’re told, ‘Get out.’ That’s unacceptable.'

Miami-Dade landlords and homeowner associations whose negligence leads to a building deteriorating to dangerous conditions will be forced to pay their residents’ relocation costs if a new ordinance moving through the County Commission passes next year.

That policy could soon go statewide, according to Commissioner Sally Heyman, the sponsor of the item, which got a preliminary OK Tuesday. If passed, a residential building owner or the entity responsible for its maintenance and safety must pay “all reasonable expenses” to relocate residents to “safe, sanitary and secure housing” within a day of being told to vacate by a county building official who deems the structure a collapse, health, windstorm or fire hazard.

The law would apply only to buildings with 25 or more units. It wouldn’t apply retroactively for rental units but would for all tenancies entered after the ordinance passes. It’s also restricted only to safety, not cosmetic issues.

If a building owner fails to act or cover the cost of relocating residents, the ordinance said, Miami-Dade personnel would step in to do so. The building owner would then be responsible for paying all related costs incurred by the county or file an appeal request within 20 days.

The ordinance, which is scheduled for a January public hearing, follows the June 24 partial collapse of the Champlain Towers South condo in Surfside that killed 98 people. In the months that followed, it was revealed that the building’s managers had been warned years before of perilous disrepair, including cracked columns and crumbling concrete, that could lead its structural failure. The work to fix it was only about to get underway when the building came crashing down that tragic Thursday morning.

Within days of the collapse, Miami-Dade and municipal governments scrambled to check the condition of older buildings and discuss reforms, such as requiring nearly all large buildings in the state to be inspected for structural problems within their first 30 years, with follow-ups every 10 years. Other counties, like Hillsborough, have followed suit.

“Now is the time to step up and establish rules,” Heyman told Florida Politics, adding that the Miami-Dade Homeless Trust has spent nearly $1 million to house former residents of since-condemned residential dwellings.

“The people who have an obligation and a financial interest need to cover the cost. (Residents) are paying rent. They’re paying maintenance. And then they’re told, ‘Get out,’” she said. “That’s unacceptable. It’s not good policy. It’s irresponsible, and you’re seeing a push from everyone (for something better).”

Heyman, whose district includes Miami-Dade’s beachside municipalities, including Surfside and Miami Beach, said every member of the Florida Association of Counties — all 67 counties in the state — approved of her proposal.

“You’re going to hopefully see this in the Florida Legislature,” she said. “There are multiple people sponsoring legislation on certification, reserves, inspection and liability.

previousFlorida’s awful Bert Harris Act is for the birds