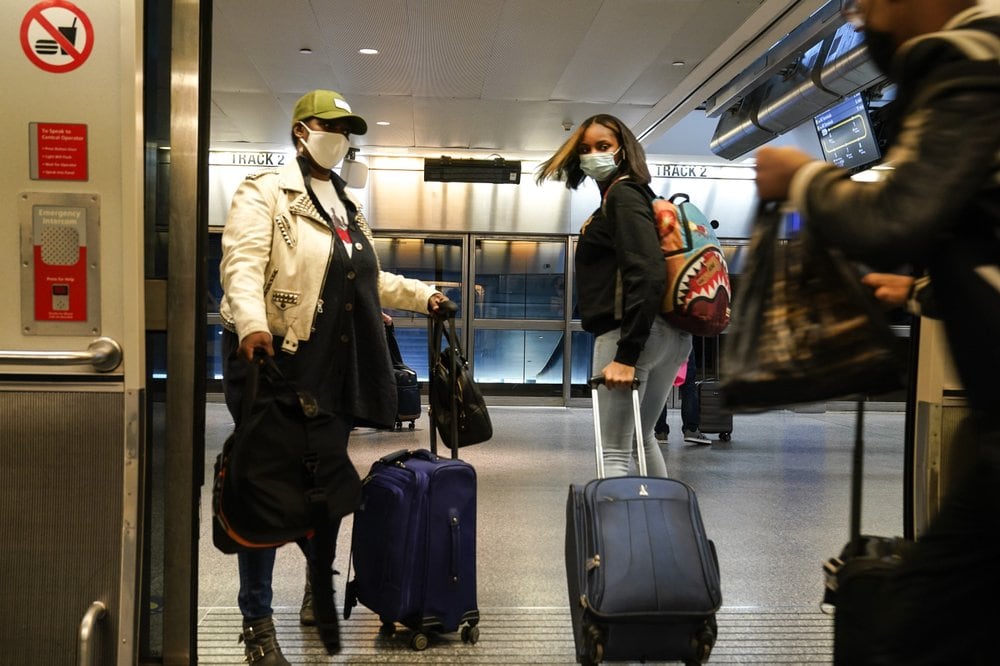 A lot more people will be flying compared to last Thanksgiving. Roads will be busier too.

It’s almost time to go back over the hills of Lake County and through the woods of Ocala National Forest to Grandmother’s house in The Villages.

And those roads and skies should be crowded again.

Travel should increase by 13% overall for this year’s Thanksgiving holiday period, compared to last year. Much of that increase will be through the friendly skies, AAA — The Auto Club Group forecast Tuesday.

AAA predicts 53.4 million Americans will travel for Thanksgiving, including 2.9 million Floridians. That would put the upcoming Thanksgiving holiday just 2% below the travel pace of pre-pandemic years.

“It’s beginning to look more like a normal holiday travel season, compared to what we saw last year,” AAA Vice President for Travel Debbie Haas said in a news release. “Now that U.S. borders are open, vaccinations are readily available, and new health and safety guidelines are in place, travel is once again high on the list for Americans who are ready to reunite with their loved ones for the holidays.”

The nation and Florida head toward the holidays with a decidedly different view than in 2020, when the theme toward travel equated to “Are you sure you want to do this?” As happened in 2020, COVID-19 case numbers have fallen dramatically since a summer surge. But in 2020, with no one vaccinated, numbers climbed again around Thanksgiving, toward what became a new, deadly surge in January and February.

AAA said that nationally, about 8% more people than last year are expected to drive somewhere for a Thanksgiving trip. In Florida about 9% more will be driving than last year.

On the other hand, air travel should be up about 79-80% during Thanksgiving week, compared to 2020.

Part of that is due to the stronger reluctance people had in 2020 to sit in an airplane for hours, leading more people last year to chose to drive instead of fly. Yet this year’s prices are a factor too, as air fares are way down compared to last year, while gasoline prices are way up, the auto club pointed out.

The average price for gasoline in Florida was $3.28 per gallon on Monday. The state average was $2.03 per gallon during last year’s Thanksgiving holiday, and $2.44 on Thanksgiving Day in 2019.

“The re-opening of the U.S. borders to international travelers means airports will be even busier than we’ve recently seen, so travelers must plan for longer lines and extra time for TSA checks,” Haas said in the advisory. “With flight delays and cancellations becoming a problem recently, air travelers are encouraged to consider travel insurance. If your flight is cancelled, there are various policies that would help offset unexpected expenses like a hotel, transportation and food. You may also receive compensation for lost luggage, or if your flight is delayed for as little as 3 hours.”

Nonetheless, the roads will be packed, particularly in metropolitan areas, and especially Wednesday afternoon before Thanksgiving, AAA cautioned.

If someone has to travel on Wednesday, best to do it at night, after 9 p.m., the auto club group advised. On Thanksgiving and on the following Friday, Saturday and Sunday, travel will be best in the mornings, worst in the afternoons.