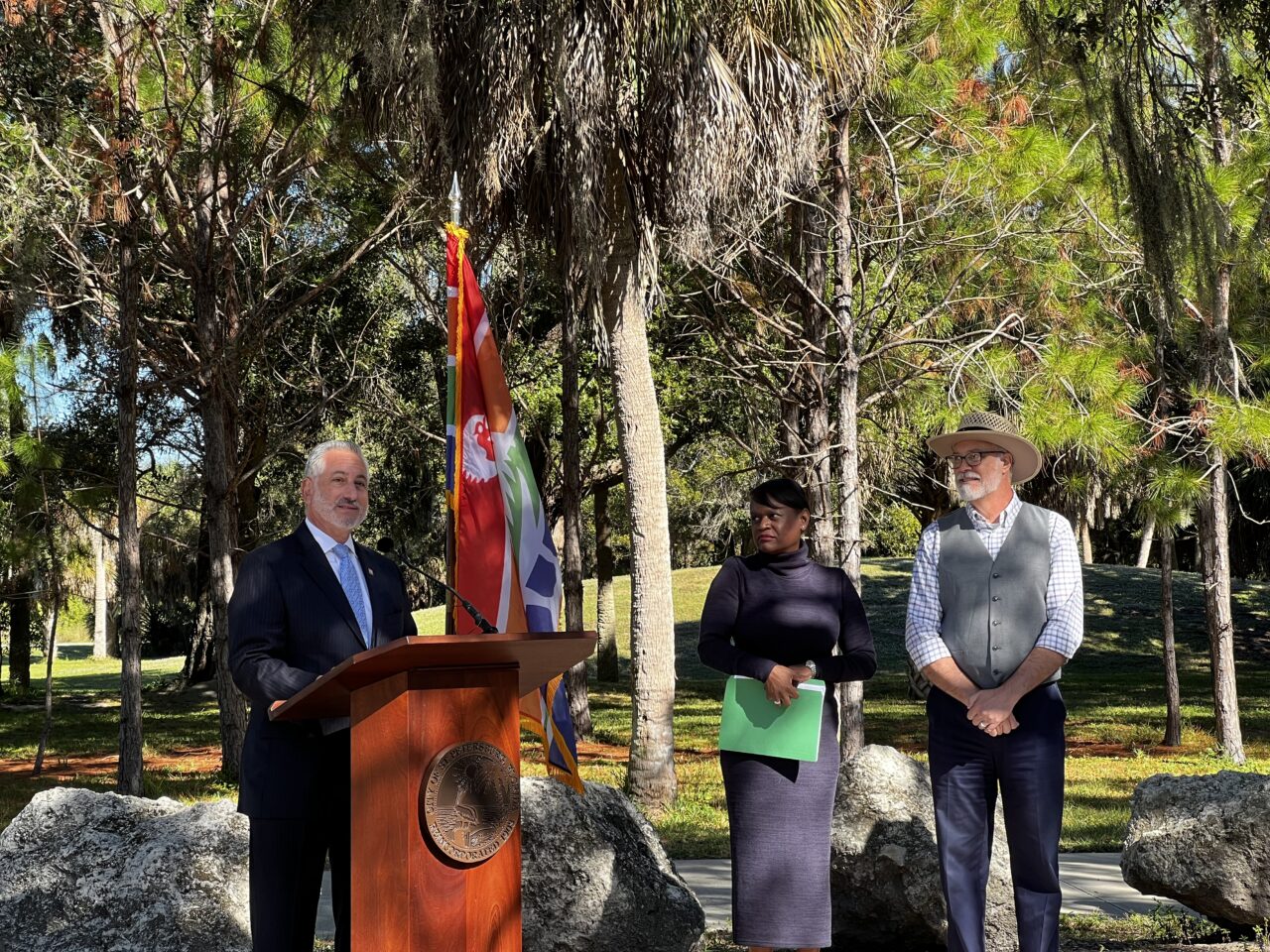 Rick Kriseman said the city doesn't have a sewage problem, it has a stormwater problem.

Kriseman said the long-term plan to address the city’s increasingly stressed infrastructure will be a hefty but necessary investment.

“Our integrated water resources master plan takes everything into consideration. It is ambitious and quite frankly it is expensive,” Kriseman said. “It may ultimately cost the city about $3 billion over the next 20 years.”

According to city staff, St. Pete has already invested more than $280 million into repairs and enhancements of its aging infrastructure. Kriseman said it all started with a 2015 phone call from a Creative Loafing Tampa reporter asking about a sewage spill in Clam Bayou.

In 2015, Creative Loafing was among the first to report that the city was pumping sewage water into Clam Bayou, one of Boca Ciega Bay’s last tidal estuaries. Kriseman said that alerted the city it had a “stormwater problem” not a “sewage problem.”

St. Pete is among the fastest growing cities in the U.S. And as the population continues to boom with St. Pete adding more and more  housing, the city infrastructure’s ability to handle that growth has come into question.

But Claude Tankersley, St. Pete’s public works administrator, said population isn’t the problem. That, he said, is thanks to conservation efforts, including appliances that use less water. He said infrastructure in the city was designed to handle about 160 gallons of water per person each day. But the city doesn’t produce that much water anymore. Now, it’s only about 80 gallons per day.

“If you look at the wastewater flows from 2007-2017, and the water flows for those same periods, even though there was a population growth in the city for that 10-year period, the amount of water used decreased,” Tankersley said. “Therefore there is capacity for those kind of developments.”

The problem, Kriseman said, was rain.

“A hundred-year rain event pushing too much rain water and stormwater into our sewage system,” Kriseman said. “A system that was designed to handle the sewage that was generated not the volume of stormwater and rainwater received.”

With a changing climate and rising tides, he said stormwater will continue to be one of the city’s biggest infrastructure challenges.

The Clam Bayou spill wasn’t an isolated incident for the city. Spills following heavy rains became something of a norm. In 2018, nearly 2 million gallons of wastewater was spilled in just a two-month period. But Kriseman said the city hasn’t had a wet-weather-related spill in about two years.

There have been spills due to mechanical failures, such as one that caused 1,300 gallons of wastewater to be dumped into Smacks Bayou this summer.

More than 700,000 feet of pipe and more than 5,000 manholes have been repaired since 2015, meaning less unwanted water getting into the sewage system. Four new injection wells have also been built, increasing disposal capacity by 74.6 million gallons a day. And a new lift station is being built at Childs Park on the city’s south side.

Kriseman celebrated the city’s progress Monday from Clam Bayou. Because, he said, that was where it all started. Kriseman’s choices at the time were criticized and nearly tarnished his legacy.

“It certainly was a problem that when I was elected I did not anticipate — that the system was in the condition it was in. I wish I had known, but we’re doing everything we can now to make sure that never happens again.”

Kriseman’s administration began the work, but it’ll be up to Mayor-elect Ken Welch to implement the ambitious — and expensive — master plan.

“We need to do what we need to do here at home,” Welch said during a July mayoral race forum. “We are contributing with more sewage overflows, as we’ve had here in the last five or six years. That’s going to cost us all money. I want you to know — everybody’s water bill is going up the next four or five years, we’re all going to pay for that, but we haven’t paid for decades past and now we need to catch up.”

St. Pete will hold four public meetings in December to introduce residents to the master plan and address any other infrastructure concerns.

previousLast Call for 11.15.21 — A prime-time read of what’s going down in Florida politics