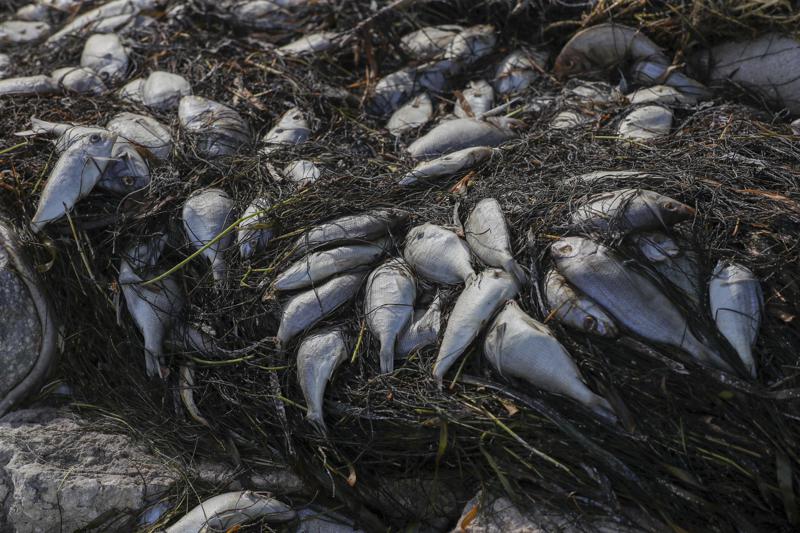 The spill comes as the city faces severe red tide.

The city of St. Petersburg announced Monday evening that 1,300 gallons of wastewater has been discharged into the Smacks Bayou, around Eden Isles.

That wastewater, which was disbursed Sunday and Monday, was caused by a mechanical failure, according to the city. That failure led to about 1,300 gallons of wastewater coming from the LS 13 Force Main under the bridge at 31st Avenue NE.

Hard surfaces that were exposed have been disinfected.

Notably, the Smacks Bayou is the same body of water where St. Pete Mayor Rick Kriseman pleaded for help from the state at Crisp Park to address the red tide crisis. City crews were working to clear the water of dead fish.

It is unclear how and if the wastewater will affect the current red tide outbreak, which has led to the collection of more than 600 tons of dead fish from clean up efforts.

This is the latest development in a red tide season noted for its severity. Some point to the recent environmental mishap at Piney Point, the site of a former phosphate plant where a reservoir leak resulted in 200 million gallons of wastewater being poured into Tampa Bay.

The most recent status update provided by the Florida Fish and Wildlife Conservation Commission showed that Pinellas County had the highest concentrations of the algae that causes red tide in the state, with high levels around St. Pete’s coastal area.

This also is not the first time the city of St. Pete has had an issue with wastewater spillage. Back in 2018, a major incident occurred with 74,000 gallons of wastewater poured into a small lake and Snell Isle Harbor.

The issue of the city’s infrastructure has also been a topic among mayoral candidates.

Former Pinellas County Commissioner Ken Welch addressed the city’s sewage infrastructure at a recent forum. Welch said the city will need to implement an Integrated Water Resources master plan, which will cost the city $2.4 billion, in order to fix pipes and water plants to stop sewage from overflowing into waterways.