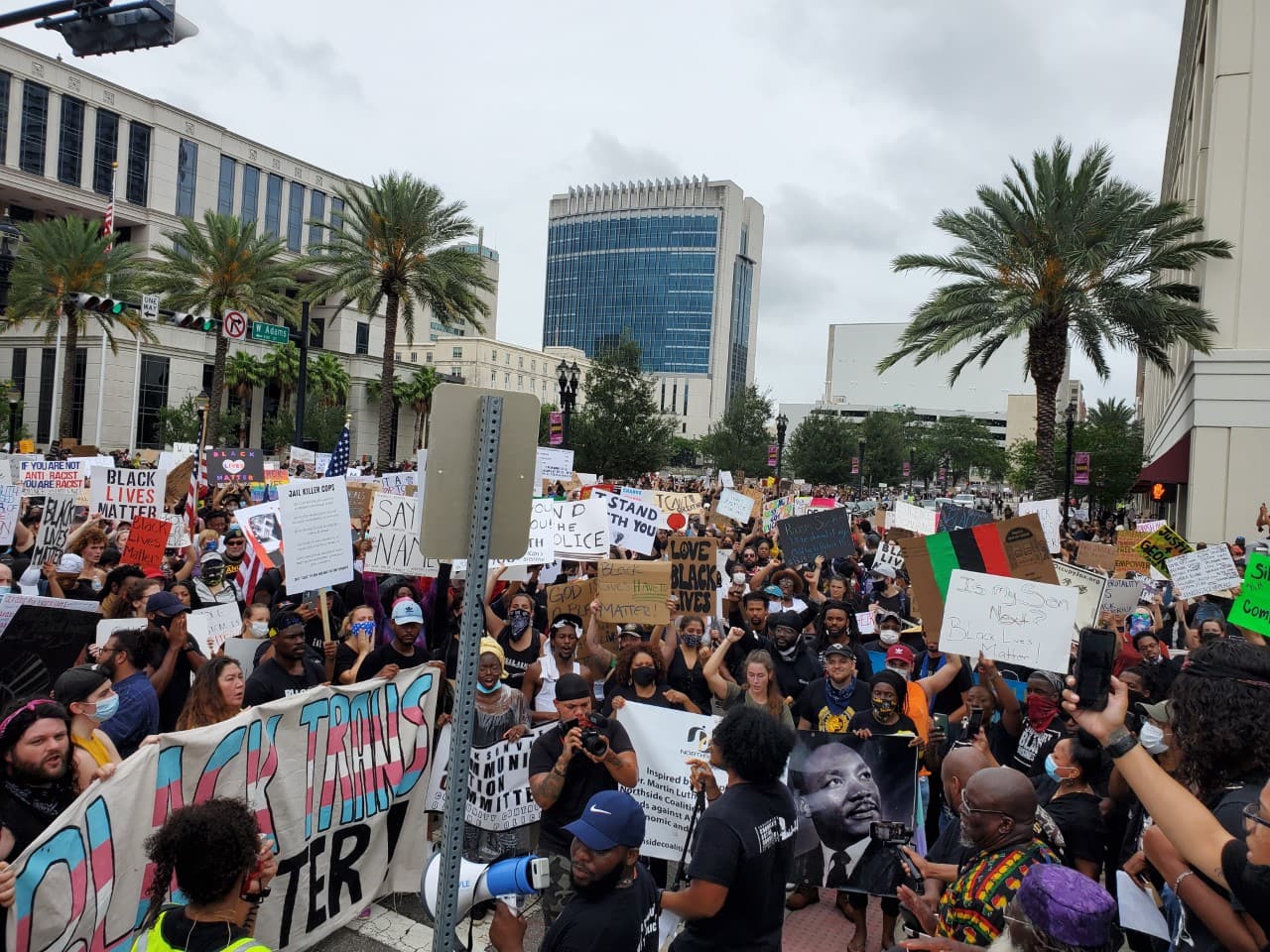 Gainesville, Tallahassee, and seven other cities filed suit Tuesday against Gov. Ron DeSantis and the rest of the Cabinet seeking to invalidate sections of the state’s new “anti-riot” law that restrict cities’ ability to make budget changes involving police.

DeSantis made HB 1, dubbed the “Combating Violence, Disorder, and Looting and Law Enforcement Protection Act,” his top priority heading into the 2021 Legislative Session. It was to be his and the Legislature’s primary response to the widespread Black Lives Matters protests that broke out nationwide in the summer of 2020, leading to violence in some cities outside of Florida.

The bill forces cities to maintain policing levels, a reaction to the “defund the police” movements seen in some cities.

The lawsuit targets DeSantis, Attorney General Ashley Moody, Chief Financial Officer Jimmy Patronis and Agriculture Commissioner Nikki Fried (though she opposed HB 1). It contends the law was designed to crack down on protestors who mobilized in the wake of the murder of George Floyd in Minneapolis and to thwart local governments that wanted to work with their communities to reimagine law enforcement budgets.

“HB 1 is a terrible law and should be struck down by the courts,” Miramar Mayor Wayne M. Messam said. “The Governor wants to get involved in local decisions that belong exclusively to the cities. He has no authority to tell us what budgeting decisions to make. HB 1 is also written so vaguely that no one knows how it might be invoked. If we buy more police cars one year and buy no police cars the next year, is that a cut in the police budget? Cities are operating in a lot of uncertainty.”

The Public Rights Project, the Community Justice Project of Miami, and Jenner & Block, a Washington law firm dedicated to social and racial justice, are representing the cities.

In a news release, the cities said HB 1 already has impacted municipal budgeting throughout Florida, putting cities in a bind, as they work under the possibility that local decisions will be overturned by the state.

The suit contends the law violates home rule guarantees in the Florida Constitution, set forth as vertical separation of powers, and by sidestepping horizontal separation of powers by restricting cities’ local budgetary powers to deal with law enforcement, and then allowing the Governor’s administration to override local legislative decisions.

The suit also charges HB 1 does not set any standards or guidelines for what is to be reviewed, as required.

“Because HB 1 fails to provide guidelines, Plaintiffs’ budget lines could be revised by unpredictable, arbitrary, and unconscionable amounts,” the suit charges.

The suit also charges HB 1 does not stick to the single-topic mandate for laws.