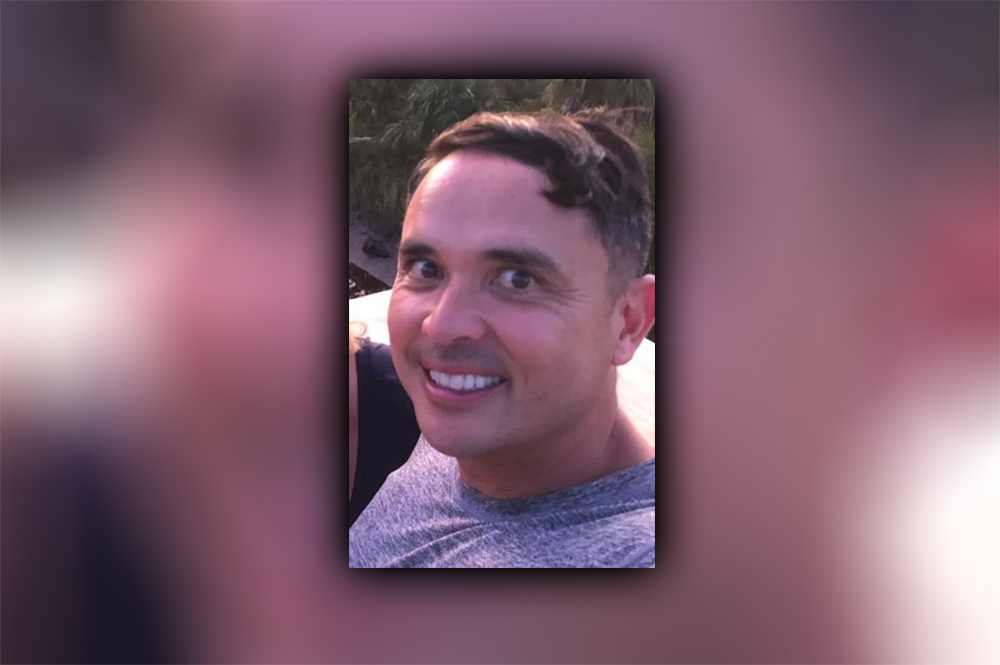 The legal battle, now in federal court, is the latest twist in the crime earlier this year.

An insurance company is suing the mother of two boys killed by her estranged husband over a $4 million life insurance payout which claims she may not have been legally entitled to receive. Meanwhile, she is trying to collect $10 million from her husband’s estate.

The legal battle, just underway in federal court, is the latest twist in the crime earlier this year. It sheds new light on the father’s actions days before the killings and hints at the vast amounts of money at stake for surviving family members.

Paul Reinhart, 46, of Gainesville, fatally shot the couple’s young sons on May 4 before setting fire to the family’s vacation home near Suwannee in western Florida and fatally shooting himself.

Court records in the new lawsuit revealed that Reinhart — a former medical device sales executive — attempted to change two, term life insurance policies on April 26 to prevent his wife, Minde Reinhart, 42, from collecting any of the money upon his death. They were separated at the time and heading toward divorce.

The policies were worth $2 million each and purchased in 2005 and 2015. They permitted full payouts in the instance of suicide as long as Reinhart hadn’t killed himself for at least two years after buying them.

With the changes, Reinhart sought to designate his sons, Rex, 14, and Brody, 11, as primary beneficiaries. If they had died, Reinhart identified one of his brothers, Konrad Reinhart, 45, of Gainesville, as a secondary beneficiary. Paul Reinhart submitted a signed, notarized document with the requested changes to Fidelity Investments Life Insurance Co.

Reinhart’s actions add to evidence suggesting he plotted the deadly violence days in advance. Records in a related probate court case showed that Reinhart had updated his will on April 19, just 15 days before he killed his sons and himself, to prevent his wife from receiving any of his assets after 19 years of marriage.

In a related dispute over that change to the will, Mrs. Reinhart’s lawyers said in court records that based on Reinhart’s actions in the days before he died, Konrad Reinhart knew or should have known that her husband was plotting violence.

Fidelity wrote back to Reinhart in a letter dated April 30 saying it was unable to update his policies as requested because he failed to specify the city and state where he had signed the document, which was notarized in Gainesville. The company’s “term beneficiary change form” did not specify on the document that information was required.

It was unclear whether Reinhart received Fidelity’s letter — mailed from the company’s life insurance offices in Atlanta — before he fatally shot his sons and himself four days later. A final report covering the criminal investigation by two sheriff’s offices and the Florida Department of Law Enforcement in the case has been mysteriously delayed for months.

Mrs. Reinhart declined to discuss the new lawsuit through one of her attorneys, Jeff Aaron of Gray Robinson in Orlando. She has continued to honor the memory of her sons on social media, posting pictures of a new bench in Suwannee earlier this month dedicated to Rex and Brody and placed near a bridge where they swam. She flew to Washington with her parents in late September to attend the congressional baseball game, where Rep. Kat Cammack said she was playing in memory of the boys, who were avid baseball players.

In its lawsuit filed earlier this month, Fidelity said Mrs. Reinhart requested the $4 million payout through her attorney on May 14. The company said it sent her two checks, for just over $2 million each, which also included small amounts of overpaid premiums and unpaid interest.

Six weeks later, the insurance company said, Konrad Reinhart asked about his brother’s life insurance payments and said he should be the sole surviving beneficiary under the changes his brother had requested.

Mrs. Reinhart’s law firm wrote in a letter Aug. 3 that it anticipated litigation against Reinhart’s estate. At the time, the family was already fighting behind the scenes over the $4 million and related matters, but the life insurance dispute — and size of the payout — didn’t become part of any public record until now.

Konrad Reinhart months ago threatened a reporter who called to ask about a related issue. “If you call this number again it’s going to be a big problem,” he said in early September. “Stop calling me.” He and his lawyers did not respond to phone messages this week.

In court papers, the insurance company described itself as “merely a disinterested stakeholder” and said it was “in danger of being exposed to multiple liability” unless a judge rules in the case. It stressed that it was not attempting to keep the $4 million.

In the probate case, Mrs. Reinhart filed a claim in September for $10 million against her husband’s estate, citing the “wrongful death by murder” of her sons. That case in Alachua County Circuit Court is pending.

In that case, Konrad Reinhart was fighting efforts by Mrs. Reinhart to obtain confidential files from Withers Harvey, the Gainesville law firm that handled the updated will that excluded her. In court papers last week, Konrad Reinhart’s lawyers said those files were protected by attorney-client privilege.

Konrad Reinhart’s request listed himself, a sister and three brothers as beneficiaries before also including Mrs. Reinhart in the court papers. His lawyer included on the list Erick Von Reinhart, 50, who pleaded guilty in an unrelated crime to fatally stabbing his own ex-wife’s new boyfriend — just one week after their divorce — then trying to take his own life with a large kitchen knife.

Erick Reinhart is serving a 40-year murder sentence in a Florida prison and could be released as early as July 2053.

Last month, Mrs. Reinhart finalized the sale to a chemical industry executive of the $1.65 million home in Gainesville she had shared with her husband before they separated. She used the proceeds to pay off a $900,000 mortgage on the home Oct. 15, records showed.

The family still owns the waterfront home in Dixie County where the murders and fire occurred, according to property records.

Anna Wilder and Elisabell Velazquez reporting; produced by Fresh Take Florida, a news service of the University of Florida College of Journalism and Communications. The reporters can be reached at [email protected] and [email protected].