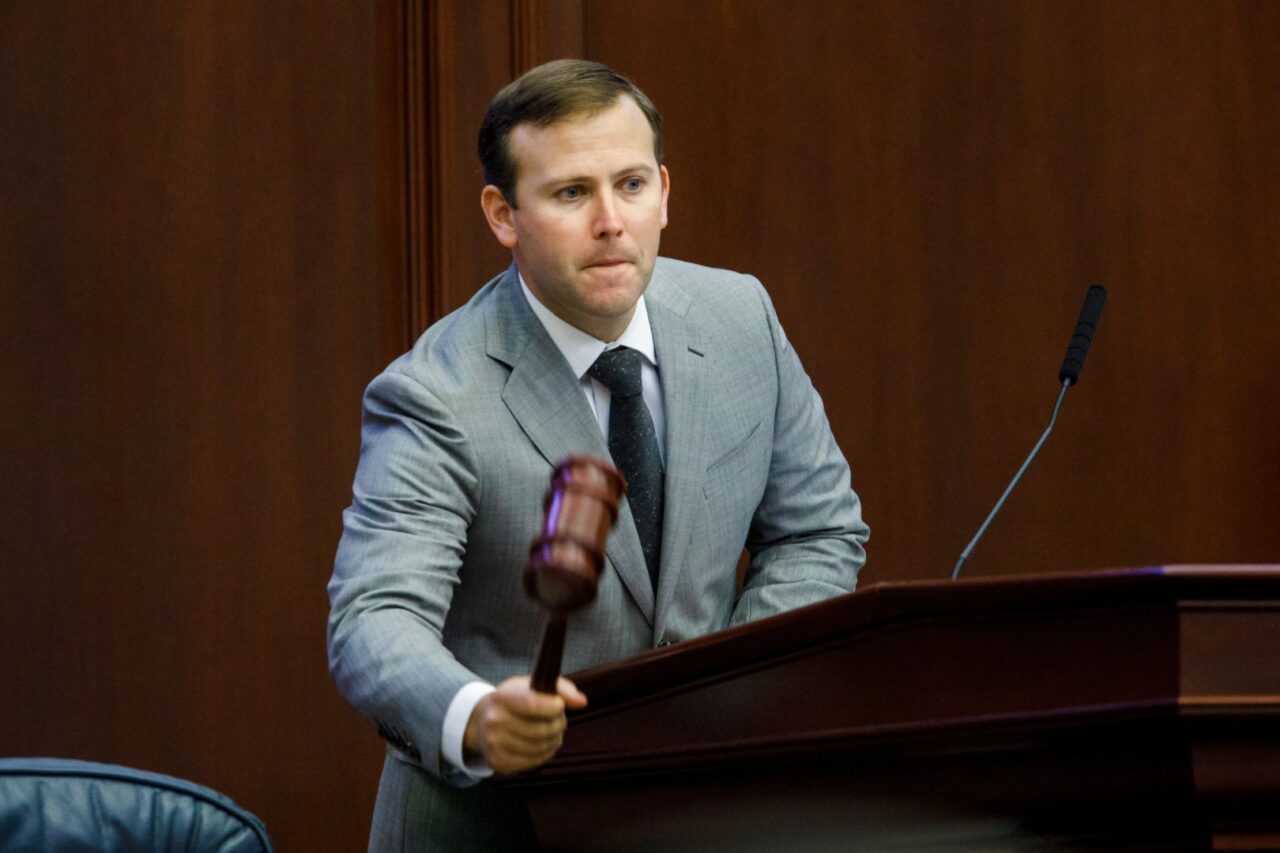 'They didn't want people being upset because their toys weren't being delivered to the store.'

While claiming victory at the conclusion of Wednesday’s floor session, House Speaker Chris Sprowls noted the politics he sees behind the federal vaccine mandate.

The Joe Biden administration has pushed back its deadlines for the federal vaccine and testing mandates until January, allaying fears from some that the policy would narrow the already insufficient workforce if people refused to get vaccinated. But that’s become another angle for critics to argue the emergency order, to be implemented through the Occupational Safety and Health Administration, isn’t an emergency.

“They didn’t want the bad politics of people losing their job right before Christmas. That’s the reason, right?” Sprowls told reporters. “They didn’t want people being upset because their toys weren’t being delivered to the store. That’s why they did it — not because they cared that people were actually going to lose their jobs.”

Sprowls comments mirrored those by Gov. Ron DeSantis and other Republicans in recent weeks.

During the third day of the Special Session, called by DeSantis to address COVID-19 policies, the House on Wednesday passed four bills mostly along party lines. The headlining bill (HB 1B) would prevent vaccine and mask mandates, putting Florida governments, businesses and contractors in conflict with federal mandates and guidelines.

However, Biden’s vaccine and testing mandate on medium and large businesses is currently halted as it makes its way through federal courts. Republicans and other critics, Sprowls included, have called the mandate unconstitutional.

“I do think we’re at this inflection point now where the federal government is now saying that they will use any power at their disposal, because they believe the ends justify the means, and I think that’s a real problem,” Sprowls said.

He also shot down questions asking what happens if the federal vaccine mandate is upheld, saying he was confident the courts would defeat the measure.

Sprowls called it a smooth Special Session, which was mostly true, barring a shouting match in debate Wednesday that began when Howey-in-the-Hills Republican Rep. Anthony Sabatini, who has called Sprowls a “RINO,” called Biden a “tyrant.” Democrats attempted to shout him down, and Speaker Pro Tempore Bryan Avila, a Miami Springs Republican, asked members to not call Biden or DeSantis names.

While Republicans got their way, that wasn’t always a guarantee.

A bill to create a public records exemption covering personal health and religious information when it comes to vaccine mandate complaints (HB 3B) needed a two-thirds vote to pass, meaning some Democrats needed to vote for the measure. Eight Democrats ultimately voted with the Republicans on that bill.

Sprowls said he didn’t have to concede anything to get those votes.

There was “no cost unless cost is good policy,” he said. “Without that bill, there would have been people’s private, religious, medical information that would be posted on Facebook, potentially, if there was a public records request.”

It’s still not a guarantee Republicans will get their way. The Senate will meet Wednesday afternoon to start the process of passing the legislation. A final vote is expected Wednesday, and Senate Republicans face a similar task of swaying a handful of Democrats to approve the public records bill.

“I couldn’t be more happy with the relationship between the House and the Senate, that we’re able to bring this together and work on a product,” Sprowls said.