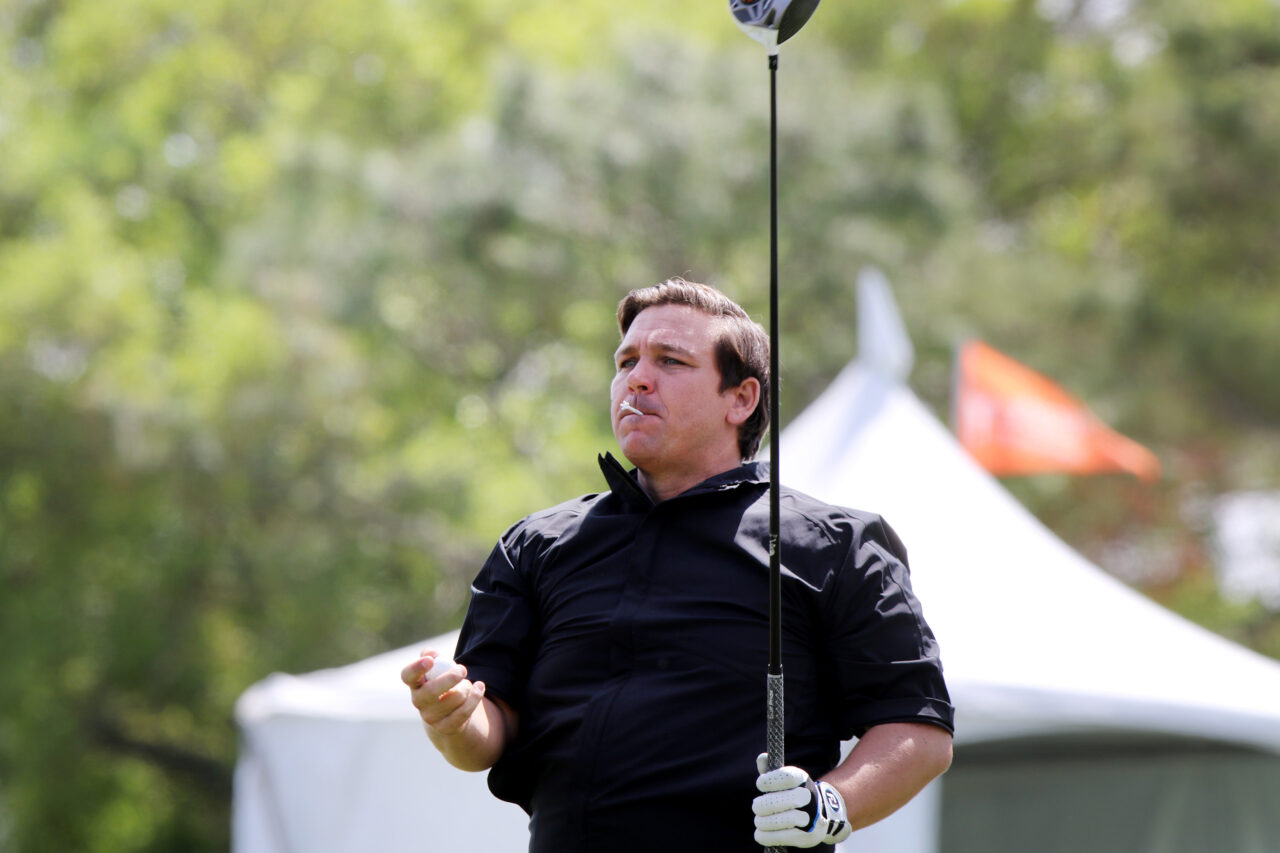 As golf balls, they're not all that big.

Florida’s Governor has a pair.

That’s the slogan emblazoned on new merchandise — golf balls — that debuted Wednesday as the Legislature made a decisive drive toward passing legislation Gov. Ron DeSantis called for to fortify Florida against those pesky federal vaccine mandates.

“Hold the line,” says the box, under the line about the Governor having a pair.

Even if the line isn’t specified on the new merchandise, there’s plenty of double entendre.

“Standing firm and setting an example for the rest of the nation in defending freedom as it comes under assault has become par for the course with Governor DeSantis,” reads an email making the rounds with the advertisement to his store.

What materials these balls are made of, it doesn’t say. It does say that they are TaylorMade TP5X Golf Balls with a DeSantis logo.

A 22-second video on Twitter has the DeSantis-marked ball getting airborne to rocking music.

“Leadership in Democrat states is weak,” the video declares as the shot gets lined up and a golf club swings.

It goes airborne to more words: “But not in Florida …”

This isn’t the first time DeSantis’ fundraising has used some edgy merchandise. A beer koozie offered for sale in July leaned into scorn that Dr. Anthony Fauci was prescribing masks to save lives.

“How can I drink a beer with a mask on?” DeSantis is quoted as saying on the koozie.

But then the delta variant hit, prompting Sen. Annette Taddeo, now running for Governor, to become one of a number who skewered DeSantis regularly for his insensitivity to the ongoing crisis. She tweeted almost daily about the count of days since he started selling anti-Fauci gear along with the number of Floridians who have died from COVID-19.

The koozies are gone from the Ron DeSantis store. These balls are also “Limited Edition: Fortified in Florida.”

A.G. Gancarski contributed to this report.