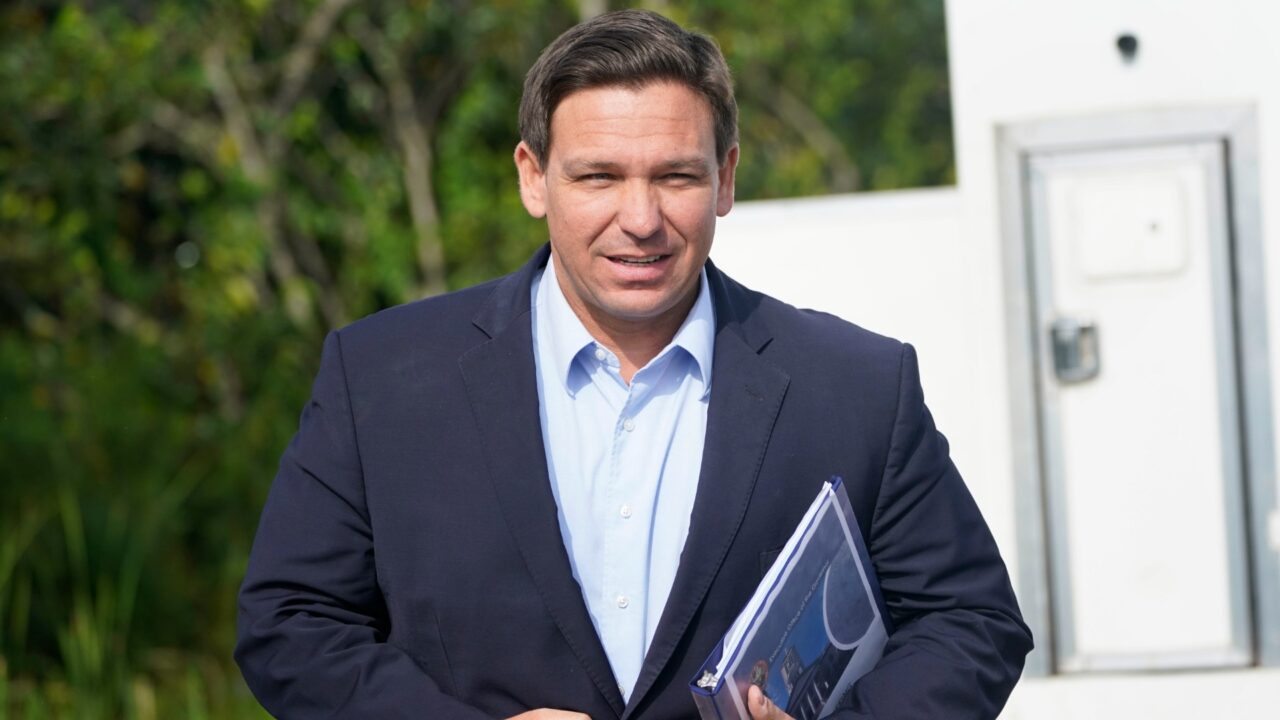 Gov. Ron DeSantis signed a defiant COVID-19 package into law Thursday and did so in Brandon, Florida — a gesture sure to play well with foes of President Joe Biden.

The signing came hours after lawmakers passed a slew of bills gutting the federal COVID-19 vaccine mandate and more. The location, however, marked a slyer act of political defiance.

“The significance of signing this legislation in Brandon, Florida, is not lost on the Governor,” DeSantis press secretary Christina Pushaw told Fox News.

The phrase “Let’s go Brandon” is popular within conservative circles and translates to “f**k Joe Biden.” It gained traction after a NBC reporter misrepresented the chants of NASCAR fans in early October.

When asked Thursday by a reporter about the significance of the Brandon location, DeSantis deflected a direct acknowledgement of the gesture and instead praised the Tampa-adjacent town as a place he once played baseball.

“I think that Brandon, Florida, is a great American city,” DeSantis said with a smile amid “Let’s go Brandon” chants. “I think the people here are fantastic.”

A rising conservative star, DeSantis has increasingly embraced the controversial chant and recently dubbed the Biden administration the “Brandon administration.”

CBS 12 pressed the first-term Governor in November about the derogatory phrase.

“I think the reason why it’s caught on is because it needles the national media a little bit because they’ve become very partisan,” DeSantis said.

“Was there hand wringing about the stuff said about Trump for four years?” DeSantis added. “No, there wasn’t.”

DeSantis has also garnered attention lately with edgy campaign merchandise. Most recently, his campaign website listed pro-DeSantis golfballs encased with a box featuring the phrase “Florida’s Governor has a pair.”

State Democrats criticized the Special Session as nothing more than a national political stunt.

“I’d remind the Governor that divisive childish politics is what lost him, and former President Trump, Brandon last November for the first time in more than 25 years,” said Democratic Rep. Andrew Learned, a Brandon lawmaker.