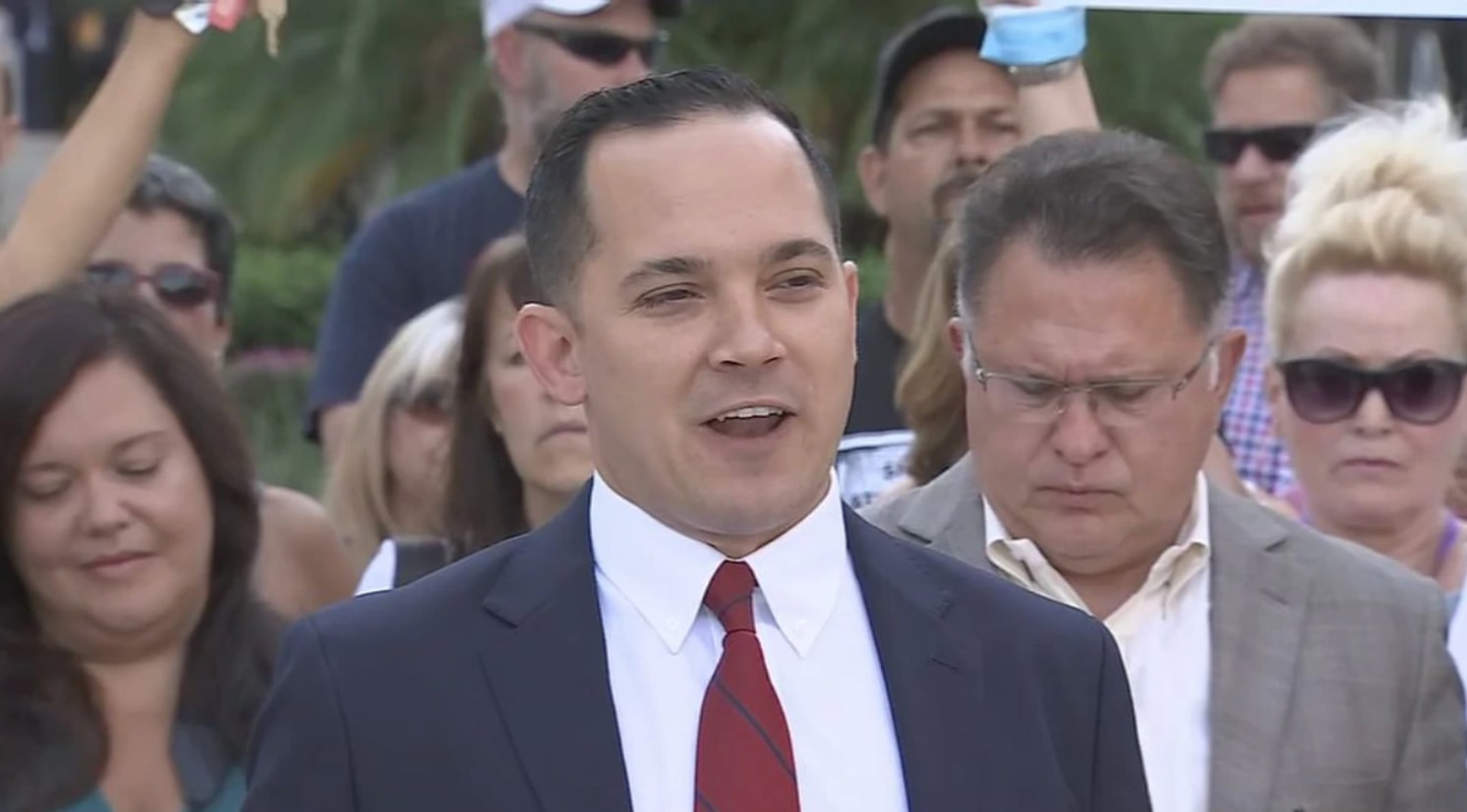 'Anthony Sabatini didn't show up to fight COVID tyranny. Instead he flew to Washington for a swampy fundraiser.'

Rep. Anthony Sabatini has drawn the attention of a conservative Super PAC, and they don’t like what they see.

The American Heartland PAC has launched an ad targeting Sabatini, a two-term Howey-in-the-Hills self-styled firebrand who is running for Congress next year. Central to the PAC’s knock against Sabatini are his actions during the recent Special Session.

Despite being one of the first people to suggest a Special Session against COVID-19 mandates, Sabatini was absent from the House during the first day of the Special Session on Monday. He instead attended a fundraiser in Washington.

Sabatini, a frequent Twitter troll, has repeatedly called the Republican House Speaker, Chris Sprowls, a “RINO” — a Republican in Name Only. However, the American Heartland PAC flipped the script, lodging the catchphrase against him instead.

“Anthony Sabatini didn’t show up to fight COVID tyranny. Instead he flew to Washington for a swampy fundraiser. Talking like a conservative but not showing up? Classic RINO behavior,” according to a text blasted by the out-of-state PAC late Thursday.

While he was absent Monday, Sabatini was present on Tuesday and Wednesday, including when he was granted two minutes of debate time during which he called President Joe Biden a tyrant and questioned whether he was President.

That didn’t stop an ad from the PAC from bashing him for being a “no-show.” The video includes photos from the House floor, including his name being blank on the voting board and a shot of Sabatini’s empty desk.

Sabatini is currently challenging Democratic U.S. Rep. Stephanie Murphy in the 7th Congressional District. First, he would need to win in a primary field that includes three other Republicans.

However, with 2022 marking a redistricting year, Sabatini’s final landing spot is unknown.

The American Heartland PAC is a federal committee registered in Massachusetts, but the ad notes its address as Washington, D.C. The PAC’s treasurer, Charles Gantt, was a senior financial analyst on U.S. Sen. Mitt Romney‘s 2012 presidential campaign.

previousStephanie Murphy will vote for Build Back Better bill

nextU.S. expands COVID-19 boosters to all adults, final hurdle ahead