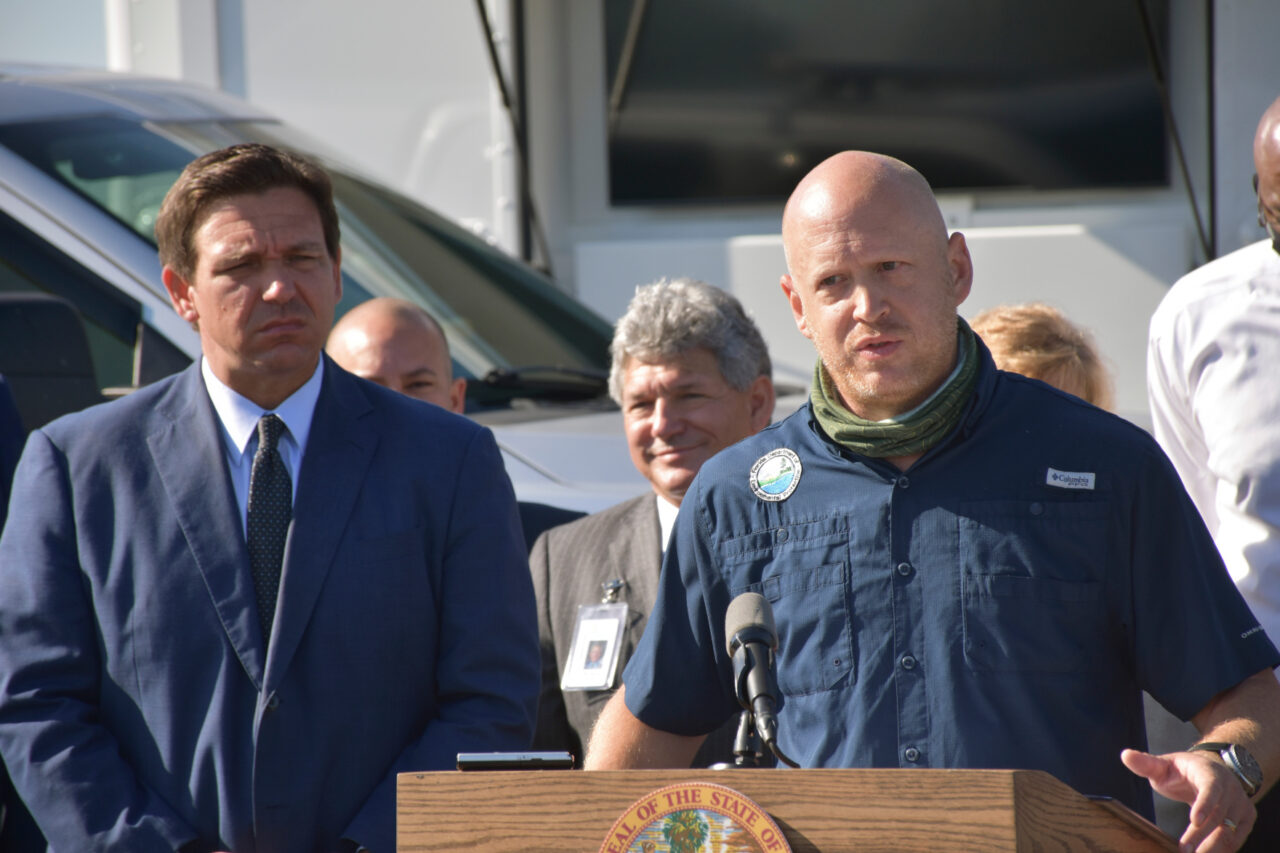 The Governor gets one appointee to the newly established Commission.

The Governor’s Office on Monday announced former Department of Environmental Protection Secretary Noah Valenstein would be DeSantis’ appointee to the Commission.

DeSantis in June signed the Biscayne Bay Commission into law, helping to protect the prominent natural resource along South Florida’s coast. The bill (HB 1177) gives the Governor one appointee to the nine-member panel.

Valenstein left the administration in June after four years leading DEP, beginning his stint there under then-Gov. Rick Scott. He also doubled as the state’s Chief Resilience Officer during his final year as Secretary.

Since then, Valenstein has joined the American Flood Coalition as a senior adviser and The Nature Conservancy as a board member. DeSantis also appointed him to the Florida Communities Trust Governing Board in August.

The bill creating the Biscayne Bay Commission established it within DEP. Sewage disposal facilities are also banned from dumping waste into Biscayne Bay without providing advanced waste treatment under the measure.

Miami-Dade County has designated Biscayne Bay as a conservation area, but the popular tourist spot has still dealt with serious pollution problems.

The Miami-Dade Board of County Commissioners chooses three of the new Commission’s members. A member of the South Florida Water Management District Board who lives in Miami-Dade County would also serve.

DEP, the Florida Fish and Wildlife Conservation Commission and the Florida Inland Navigation District each select one member as well. The final slot goes to a Miami-Dade County League of Cities member.

“With the combined efforts of the new Commission, local entities, and the state’s $20 million appropriation for funding projects specific to Biscayne Bay, the bay should rebound exponentially,” Valenstein said when DeSantis signed the bill in early June, during his last week as DEP Secretary.

“I applaud and thank Gov. DeSantis for his continued commitment to Florida’s natural resources, allowing for sustainable use and protection for the benefit of future generations.”

During his tenure as DEP Secretary, Valenstein received praise from environmental groups that weren’t afraid to attack the Governor’s office.

previousDuval County legislators get earful from public ahead of 2022 Session