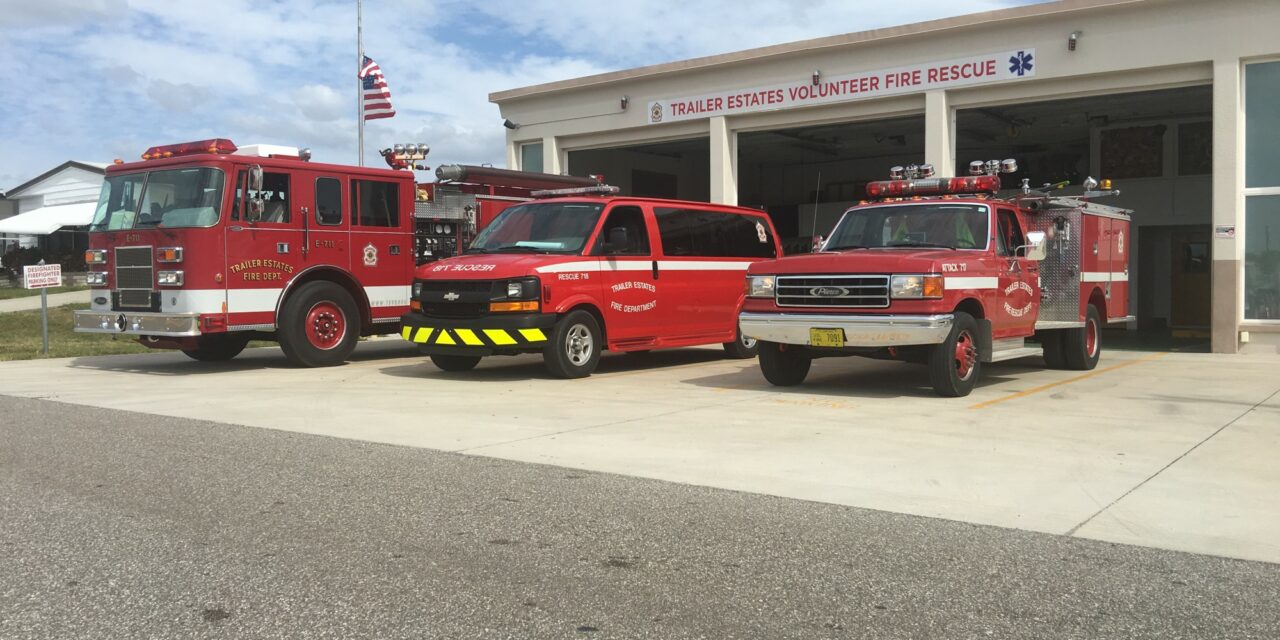 Lawmakers also heard appropriations priorities out of the Bradenton area.

Voters in a Manatee County fire district have already voted to dissolve. Now Florida lawmakers want to put a new question on the ballot about putting citizens under protection of another nearby district.

“Historically any big items that have fires and any EMS transport have been done by the Cedar Hammock Fire District through a countywide interlocal agreement related to fire services,” consultant David Ramba explained at the delegation meeting.

Voters living within the Trailer Estates coverage area already voted in December on dissolving that small district, with about 94% in favor of the move. The district charges assessments on some 1,265 homes and generates only around $94,000 a year in income.

Manatee Reps. Tommy Gregory, Michele Rayner-Goolsby, and Will Robinson all voted unanimously in favor of moving ahead with both the bill to dissolve Trailer Estates and authorize a vote on expanding Cedar Hammock. Sen. Jim Boyd, the delegation’s sole Senator, could not attend the delegation’s Tuesday meeting and will vote at a later date.

Presuming the bill wins approval by the full Legislature, voters will weigh in on joining Cedar Hammack in the fall. If voters approve that move, likely as no opposition voiced concern at the delegation meeting, all of the former assets of Trailer Estates would be given to the larger district, including a single firehouse in Bradenton.

Gregory, chair of the county delegation, asked for assurance the public was on board with the transition, and Ramba pointed at the overwhelming support for shutting down the Trailer Estates district demonstrated by the referendum vote. The follow-up will close any gap in coverage that could result.

The delegation also voted on two other local bills. One cuts 11 acres out of the much larger North River Ranch Stewardship District.

Consultant Gary Hunter presented a bill to create the North Lake Stewardship District. That will cove 25,680 acres in east Manatee, and the governance will operate much like that in Lakewood Ranch.

“I wanted to take the opportunity as a point of personal privilege to congratulate you,” she said.

The group also heard appropriations requests. Robinson promised the delegation would work together across party lines to fund local priorities.

“This is, if not one of then the strongest delegations in the state,” he said. “We come together on issues, especially appropriations issues, that are important to our area.”

Not for nothing, that helped rally $100 million commitment to clean up the Piney Point environmental disaster last year.

And the delegation of course heard a variety of political positions stressed by members of the public and activist groups, whether regarding gun rights, reproductive rights and taxes.

Gregory praised he decorum of the gathered public, even as controversial positions were voiced.

“It’s always a little bit tough to hear opposing views no matter where you stand on issues,” he said. “I, along with my colleagues, were all taking notes whether we were agreeing with you or disagreeing with you.”

previousJimmy Patronis warns Floridians not to 'gamble with the gobbler,' avoid Thanksgiving disaster