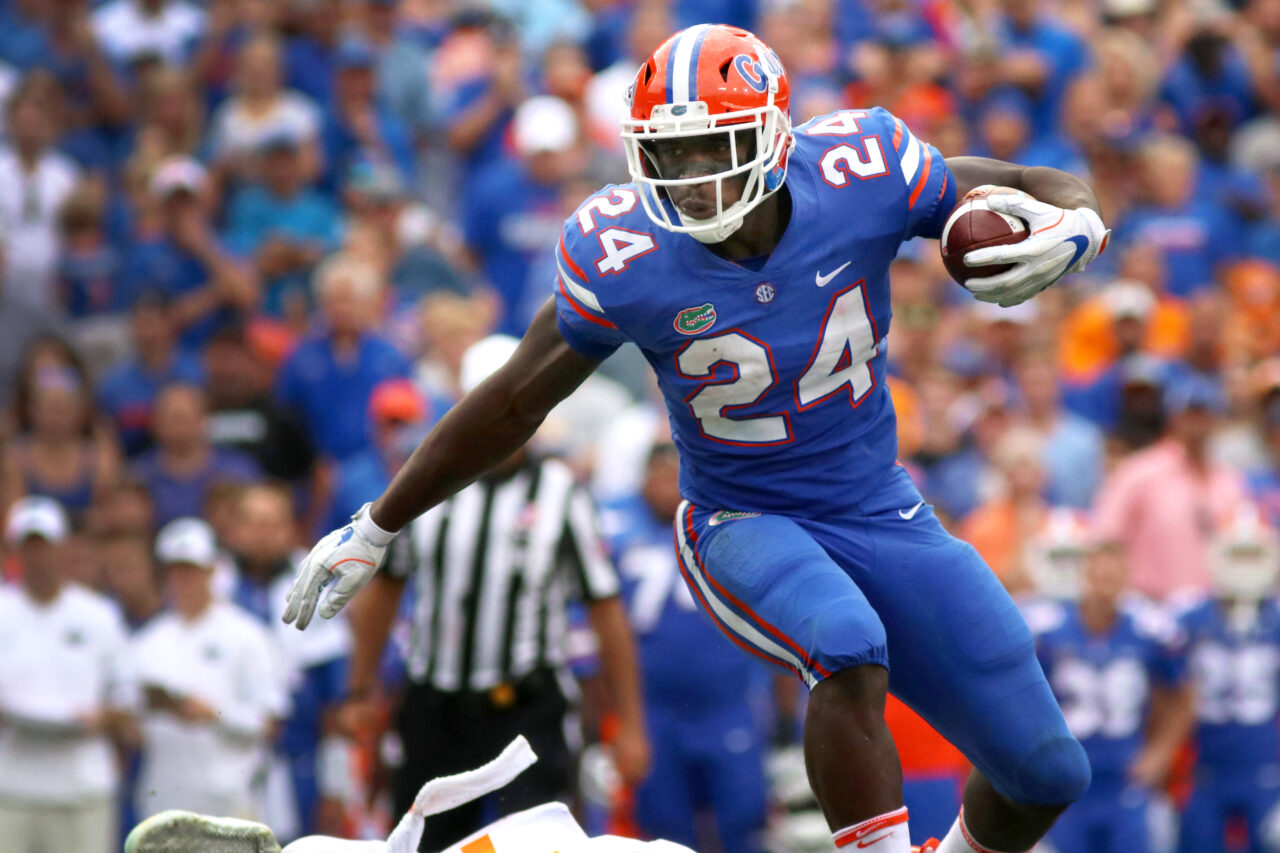 'I should shoot you.'

A former University of Florida star running back who signed to play in the NFL is accused of brandishing an assault rifle during a road-rage incident earlier this month. It’s the second criminal case alleging the player was violent in recent weeks.

Mark Anthony Thompson, 26, is facing felony assault and robbery charges in the latest incident, which involved a pair of female teens just east of the UF campus the afternoon of Nov. 21, according to a complaint filed by Gainesville police. According to court records, he had not been arrested by Wednesday, but a judge has issued a warrant for police to pick him up.

Thompson — part of the Gators football team from 2016 to 2018 — followed the women’s SUV for four blocks to the parking lot of a nearby food truck cooperative, according to police.

Thompson is accused of removing an assault-style rifle from his car, looking at both women and saying, “I should shoot you.” He also was accused of forcefully pulling the 19-year-old driver out of the SUV and throwing away her cellphone, which she had been using to record the encounter. That was the basis for the robbery charge.

Earlier this week, Thompson’s attorney, Dean Galigani, asked a judge to reduce the $175,000 bond associated with his pending arrest warrant. In his court motion, Galigani identified Thompson as a professional football player and said he was training in Gainesville. Neither Thompson nor his attorney responded to multiple requests for comment.

After Thompson left Florida, he signed with the Baltimore Ravens practice squad as well as the Detroit Lions practice squad. The Las Vegas Raiders signed him in January, but he was waived in April.

In that case, police said Thompson started an argument with the parking employee over a ticket. When the officer attempted to walk away, Thompson followed and eventually struck the man with an open palm.

Thompson has had other encounters with police.

In 2016, while a football player at UF, Thompson was charged with misdemeanors on two separate occasions, according to court records.

Thompson was cited for possession of marijuana in October of that year. In December, police found him inside a tow truck compound in the middle of the night.

Thompson told police he was trying to get in touch with employees on the lot, but was ultimately charged with trespassing. The possession and trespassing charges were dropped after Thompson pleaded guilty to a single paraphernalia charge.

Thompson was suspended from play following the possession charge.

In May 2017, university police pulled over Thompson for a broken taillight. When he opened a compartment containing his driver’s license and registration, police said Thompson attempted to conceal a small amount of marijuana. He was charged with possession and issued a notice to appear in court. He again pleaded guilty to a reduced paraphernalia charge.

Alexander Lugo reporting; produced by Fresh Take Florida, a news service of the University of Florida College of Journalism and Communications. The reporter can be reached at [email protected].

previousJan. 6 panel to vote on contempt against former DOJ official