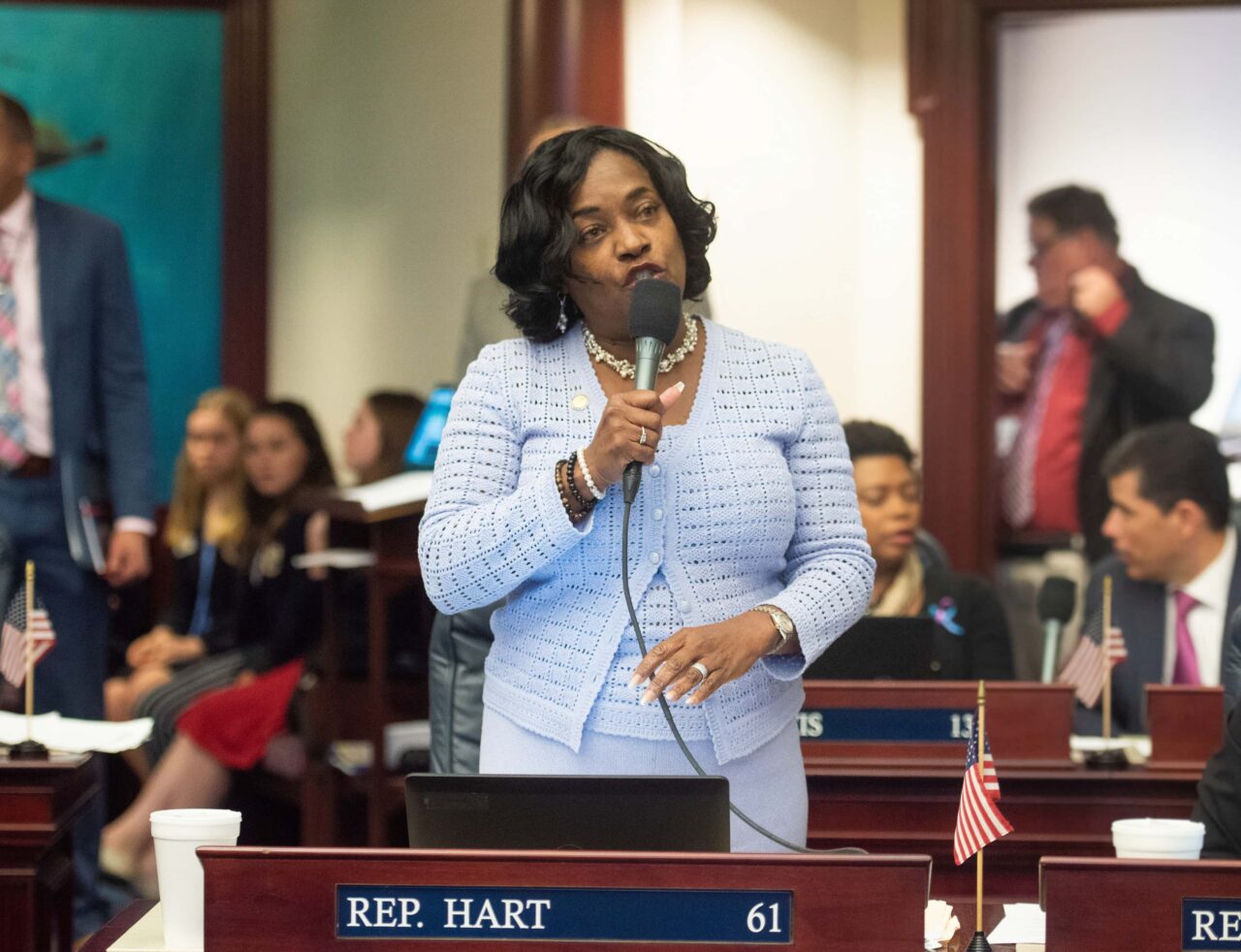 The students and Rep. Dianne Hart spoke during a news conference Wednesday.

The pain and grief was still too fresh for Keith to tell his own story, so Ischolina Williams did it for him.

Keith, a tall, 13-year-old Black teen from East Tampa, stood next to Williams in front of the House of Representatives in the Capitol building Wednesday. The head of his masked face bowed slightly as Williams told of his “awful” Thanksgiving.

Williams goes by Miss Lina. She’s the founder of Lina Bean Academy, an East Tampa private school that works with at-risk and special needs students. Williams and a group of her students went to the Capitol with Rep. Dianne Hart, a Tampa Democrat, where they held a news conference to plead with lawmakers.

“We’ve come to tell you what it is that we need to feel safer, more prosperous, and have sense of well-being,” Donna Davis, founder of BLM Tampa, said. “So we can ascertain the blessing of liberty in this country of, for, and by the people.”

The news conference was less of a plug for a specific piece of legislation and more a cry for help. East Tampa is a mostly Black and low-income community. It has one of the highest concentrations of crime in the city. But children like Amaris Robinson, a 13-year-old Lina Bean student, said she hopes lawmakers don’t write kids like her off and instead invest in their future.

Amaris has Attention Deficit and Hyperactivity Disorder (ADHD). Williams also has ADHD and works closely with students who have developmental challenges. Amaris said behavior related to her anxiety and ADHD were seen as “acting out” and troubled behavior when she went to public school. Lina Bean is a small school with fewer than 50 students in grades K-12. But that allows more investment in individuals. That investment, Amaris said, has turned her young life around.

“I am proof that when you have access to resources, positive changes can happen,” Amaris said. “Miss Lina gave me the tools, the resources I needed, to deal with it and stay in control. If access to resources helped me this much, I know it can help a lot of other problems in my community. So I would like to ask you, what can you do to make resources easier to access? When we have more resources there’s less to fight about.”

Akeelah Lucas, also 13, lives in a household with four generations under one roof in order to survive. She said she hopes Tallahassee doesn’t give up on communities and kids like her — especially since she hasn’t.

“There are problems we see with our eyes — like the affordable housing shortage, which I expect you to be working on by the way — but there are invisible problems too. It’s a shortage of caring and concern for our neighbors and community. I see the fights and violence. They make me scared and sad. And the violence makes a lot of other issues seem bigger and worse. So I want to know what we can do to create a kinder society together. Maybe it starts with lawmakers like you setting examples. Being kind, regardless of our differences.”