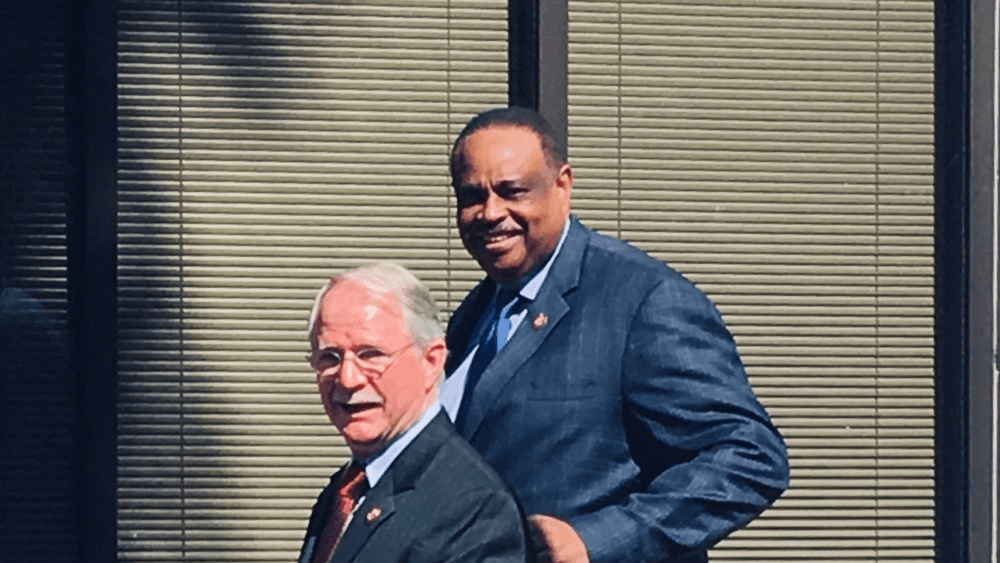 A Bipartisan push in the House mirrors the Senate effort.

Republicans and Democrats don’t agree on much, but they seem willing and able to come together on lead remediation, as evidenced by U.S. Reps. Al Lawson and John Rutherford and their cross-party alliance on the issue.

Democrat Lawson and Republican Rutherford, both representing Jacksonville, are teaming up to co-sponsor the House version of the Keep Children and Families Safe From Lead Hazards Act. The bill was filed previously in the Senate by another bipartisan duo running for re-election next year, Republican Marco Rubio and Democrat Raphael Warnock.

This legislation would force the U.S. Department of Housing and Urban Development to perform yearly inspections on its properties to ascertain the presence of lead-based hazards, such as exterior and interior paint. The department would also have to develop an “action plan” for remediation.

The time to act is now, both Congressmen say.

“Every family deserves to live in a home that is free of danger, yet far too many households are detrimentally impacted by lead poisoning,” Lawson said. “Our residents should not have to worry about the risk of lead exposure and the harmful impact this hazardous toxin can cause. The Keep Children and Families Safe From Lead Hazards Act will raise the standard of federally-assisted housing by enforcing accountability and improving the living conditions for our most vulnerable citizens. I am pleased to work with Rep. Rutherford on this critical legislation to protect the safety and health of North Florida’s children and families.”

“It is inexcusable that some living in public housing have experienced dangerous levels of lead exposure, threatening their health and safety,” Rutherford added. “I am proud to join a bipartisan coalition working to hold HUD accountable for any lead-based hazards in their facilities. Thank you to Rep. Lawson for leading this important effort.”

HUD issues have been a recurrent concern in Jacksonville, where lawmakers at all levels have dealt with structural deterioration at a number of complexes in recent years.

Rubio, who has been active on the issue since his last re-election campaign, spoke to his personal experience when he filed the Senate bill earlier this year.

“I first witnessed child lead poisoning at Eureka Gardens Apartments by the nefarious Global Ministries Foundation in 2016. The dangerous conditions at several HUD properties throughout the state of Florida, and the rest of the country, are the result of routine negligence and lack of oversight by HUD,” he said. “Lead hazards pose a serious risk to tenants, especially young children and pregnant women. It is unacceptable for HUD to ignore this threat. My bipartisan bill would ensure that exposure risks are identified and mitigated, so that no family in HUD-assisted housing has to suffer any devastating effects of lead poisoning.”