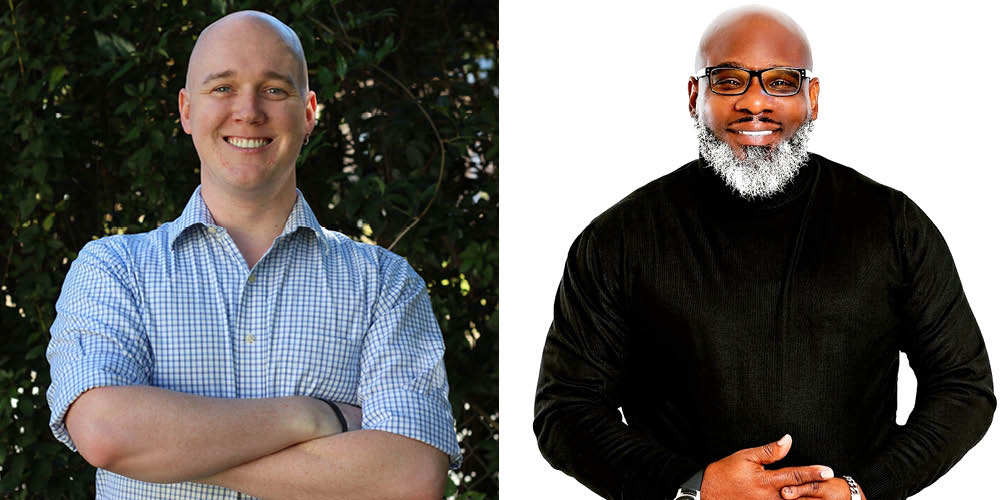 FSU's stadium continues to be a hot topic.

Ferguson has lived in Leon county most of his life, while Coulter is a South Florida native who moved here to attend FSU and work as a project specialist and grant writer with FCMC Consulting in Tallahassee.

Ferguson, who is chair of the Tallahassee Police Department’s Citizens Advisory Council, said he is focusing his campaign on being a public servant, not on creating a long-lasting career in politics.

Coulter described himself as the most progressive candidate in the race. If elected, he said he would focus on affordable housing, police reform and the environment. He also supports promoting unions locally and would back a Leon County employee union if one was ever formed.

The two cited concerns about criminal justice and poverty as primary reasons for running but have different visions for how to deal with those issues.

Ferguson said he wants to reduce crime in his neighborhood, Griffin Heights, if elected. He said the neighborhood has some of the highest crime rates in the city, and he has been doing service work in the community for over 30 years to improve it.

“I find that to be very disheartening, because I grew up there, I went to school there, my church is there, and I have a home there,” he said. “What qualifies me (to run) is my commitment to finish the task and my commitment not just to my community, but of all the Tallahassee.”

Ferguson said he believes poverty is the cause of the area’s crime rate. To stop it, he wants local government to invest in infrastructure to bring more jobs and housing to the community.

He also wants to launch focused community outreach to Tallahassee residents aged 15-22, because he said they are the group most impacted by crime and lack of job opportunities.

“Let them tell us what they think will be beneficial to them as the up and coming generations of Tallahasseans,” he said.

Coulter agrees that poverty is the root cause of the city’s crime, but he believes how some laws have been enforced have made the issue worse.

If elected, he said he would push for local marijuana decriminalization. He argues incarcerating people for something that is legal for some uses is a waste of taxpayer dollars and is harmful to those arrested.

“There’s dispensaries on like every other corner. There’s people already selling pot in our community. And they’re doing it out of fancy shops that look like an Apple Store,” he said. “Why are we still arresting people for marijuana? It’s insane.”

He also wants what he called “victimless, property crimes,” such as trespassing and loitering, to also be decriminalized. He said enforcing those infractions with arrests disproportionally punishes unhoused people. While he said he understands such crimes may bother businesses or homeowners, he believes those crimes are caused by a lack of local affordable housing.

“People will exist somewhere. And, unfortunately, that happens to be the street or the parking lot, or the park in your neighborhood or around people’s businesses,” he said.

To support more affordable housing, he wants the County Commission to promote and encourage the construction of more multifamily housing, like duplexes and townhomes.

Both men also both oppose the Blueprint Intergovernmental Organization’s decision to send $20 million in tax revenue to Florida State University to fund stadium renovations. Maddox supported the decision, according to the Tallahassee Democrat.

Ferguson said the timing was not right to be making that large of an allocation to the stadium.

“We’re in the middle and still recovering from the coronavirus pandemic,” he said. “My ultimate goal, if I was in that seat, would not be to remodel or repair or renovate a sports arena. It would be more directed to helping our local businesses and the taxpayers.”

Coulter, who attended the Tallahassee NAACP’s town hall meeting opposing the funding, said he was dumbfounded why the allocation was ever considered.

“It’s short-sighted in the most unbelievable sense,” he said. “It’s throwing away like 10-20 years, I couldn’t recall, of economic development funding, so that we can help FSU build luxury seating in one of the most expensive and largest public investments in our community.”